Approximately 40 Los Alamos Department of Public Utilities customers in the Capulin Road area in North Mesa have very low or no water pressure.

At approximately 3 p.m. today, a water line was hit by a contractor while excavating on Capulin Road.

Water restoration to affected customers is estimated between 6 and 7 p.m. today.

DPU offers the following consideration to customers when water is restored:

UPDATE:  3:36 p.m.  Los Alamos Department of Public Utilities reports that repairs are completed and water is restored to all customers.

UPDATE:  2:47 p.m.  Los Alamos Department of Public Utilities water crews estimate that repairs will be completed and water restored to all customers between 4 and 4:30 p.m. today.

Los Alamos Department of Public Utilities water crews responded to another water line break this morning on Arizona Avenue at Club Road in the North Community.

Crews responded to a break in the same area Friday, July 16.

Customers with little to no water pressure 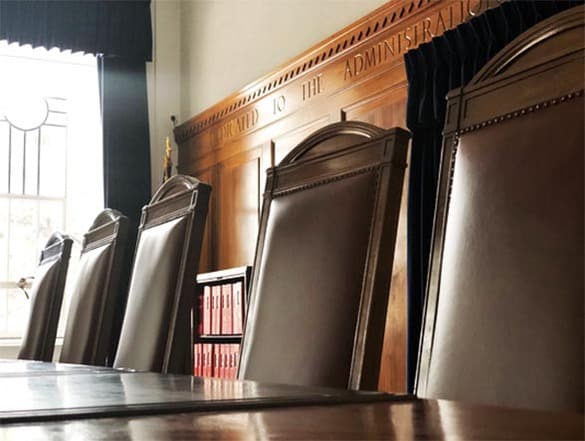 The State Supreme Court rules today that gasoline stations in New Mexico have a legal obligation not to sell fuel to a driver the retailer ‘knows or has reason to know’ is intoxicated. Post file photo

SANTA FE – Gasoline stations in New Mexico have a legal obligation not to sell fuel to a driver the retailer “knows or has reason to know” is intoxicated, the state Supreme Court ruled today.

Under the divided decision by the state’s highest court, commercial gasoline vendors may be liable for negligently supplying gasoline to a drunken driver who injured other people. 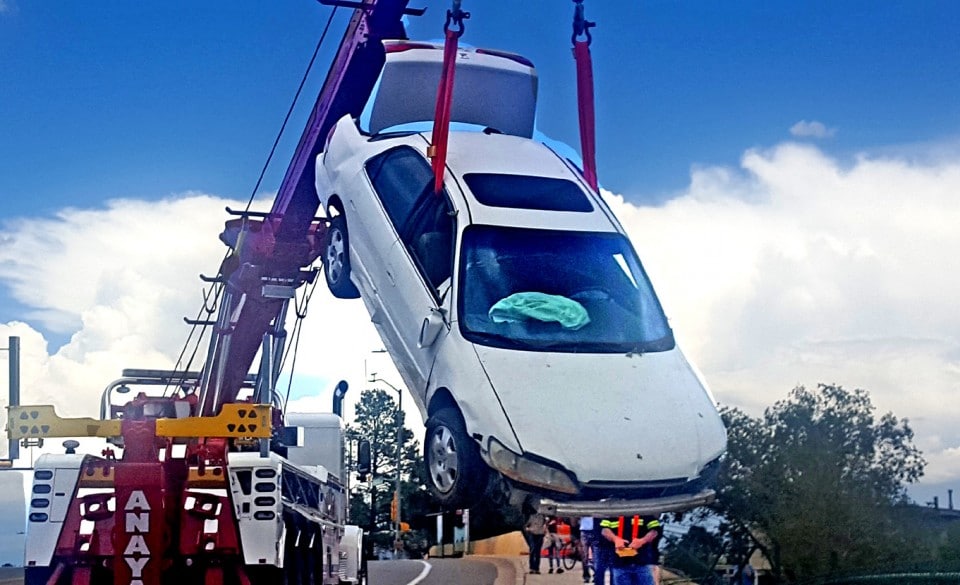 Update: A 21-year-old male was driving this car at about 2 a.m. Friday when for unknown reasons he veered across Diamond Drive near 38th Street, broke through chain link fencing and landed a number of feet below in a backyard. The driver sustained unknown injuries and was transported by helicopter to a hospital in Albuquerque. His 18-year-old female passenger also sustained unknown injuries and was transported to Los Alamos Medical Center. Los Alamos Police Cmdr. Preston Ballew told the Los Alamos Daily Post today that the accident is under investigation to determine whether the driver will

The FBI, Torrance County Sheriff’s Department, and Moriarty Police Department are looking for a man who robbed a bank while wearing a Gucci face mask.

He wore a long-sleeve blue shirt with a red La Mesa RV logo on the front, a dark Gucci face mask with two red vertical stripes, a baseball cap with a rainbow design on the front,

Investigators learned that at approximately 9:36 p.m., LVPD responded to a domestic dispute at 1308 Keen St., in Las Vegas, N.M.

Upon arrival, officers were attempting to make contact with the reporting person when they observed a male, later identified as Jeffery Scott, 30, of Las Vegas, N.M. walk out of a residence nearby armed with a firearm at 1315 Keen

ALBUQUERQUE — Susan K. Harris, 74, and William S. Harris, 60, both of Albuquerque, were sentenced Friday in Federal Court for conspiracy to defraud the United States and other financial crimes committed in connection with the operation of Ayudando Guardians, Inc., a non-profit corporation that previously provided guardianship, conservatorship and financial management to hundreds of people with special needs. 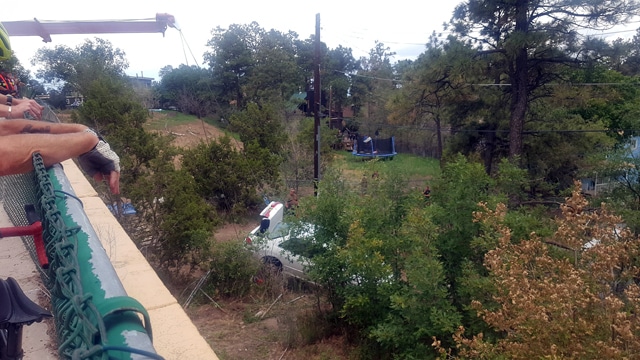 A large hoist gets into position this afternoon to retrieve a car that ran off the side of Diamond Drive near 38th street Friday night. Photo by Carol A. Clark/ladailypost.com 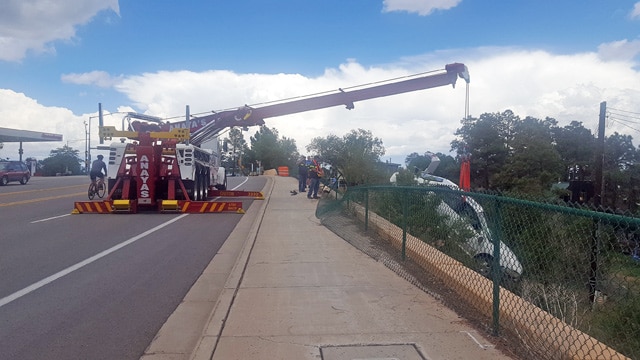 Car is hoisted this afternoon back onto Diamond Drive. Photo by Carol A. Clark/ladailypost.com 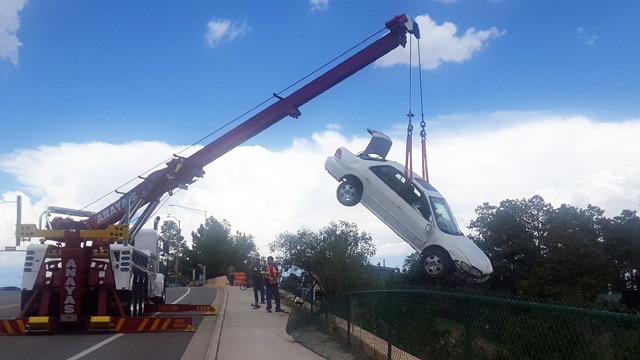 Car clears the barrier fence on Diamond Drive. Photo by Carol A. Clark/ladailypost.com 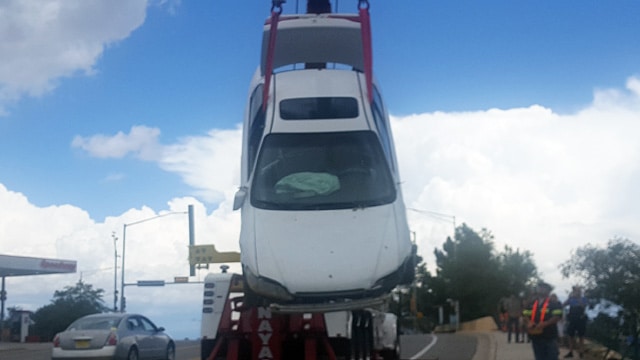 Car comes to rest on Diamond Drive. Photo by Carol A. Clark/ladailypost.com

The projects listed in this section are being managed by County Public Works staff through contractors. For more information, email lacpw@lacnm.us, call 505.662.8150, or visit the “Projects/Public Works” link at www.losalamosnm.us.

Please slow down and use caution within the construction work zones. Please note the below information is based on a schedule provided by the contractors and may change due to weather or other delays.

Detour is active on N.M. 502, which allows the contractor to work on the north side of

This award is given to those who believe in government transparency at the state or local level – and who have made significant contributions to casting sunshine (transparency) on government operations in New Mexico.

Award recipients will be selected by a panel of FOG directors. Dixon Award winners will be announced in September with a virtual Dixon Award event set for Oct.7 in a hybrid ceremony.