In September of 1920, a young couple from the East arrived at the Los Alamos Ranch School (LARS).

Henry Ruhl was there to join the teaching staff as a master, and Virginia Ruhl, his wife of less than a year, would become the first faculty wife at the school.

The couple had New England roots, as many of the LARS masters did through the years. Henry was a Yale graduate, Class of 1917, and Virginia’s family tree held such names as John Alden and William Brewster, who arrived on the Mayflower in 1620.

Having graduated college during World War I, Henry immediately 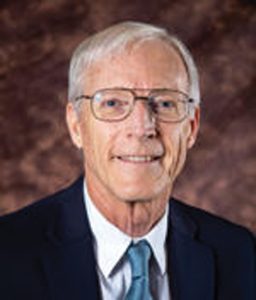 Los Alamos is fortunate to have organizations that serve many needs of our citizens, as well as creative entrepreneurs developing new businesses.

As these operations grow, additional funding may be needed. In some cases, the County can supply such funding through the Local Economic Development Act (LEDA), or the County can potentially contract with and compensate a business for providing needed governmental services, if the budget allows.

Los Alamos Resolution No. 10-18 (July 20, 2010) “Policy for Use in Consideration of County Funding Requests

With just five days left until the 2020 General Election on Tuesday, we at the Los Alamos Daily Post want to take this opportunity to commend each of the candidates in the Dist. 43 and Los Alamos County Council races.

While it’s no secret that Los Alamos tops national lists for the healthiest, smartest, best place to live, the Post and many of our readers have noticed a surprising new attribute to make our community proud – the admirable conduct of our local candidates during this incredibly contentious political season.

Unlike races at the state and

Whenever there is loss, there is a tendency for high impulsivity, in which behaviors are often highly impulsive and reactive.

The loss of this foundation causes the brain to react due to consciously, or unconsciously, thinking the person is dying, not only the definition of how they perceived themselves.

The weather is forecast to be much colder this coming week with snow forecast for most areas of Northern New Mexico. Accumulations of a foot or more are possible at the higher elevations. Snow levels are expected to drop to 4500-feet.

Temperatures Tuesday (Oct. 27) may not rise above freezing and lows will be in the teens or lower. Lows near to below zero in areas like the Moreno Valley and Angel Fire are certainly a possibility. If you are brave enough to try fishing under these conditions, please dress warmly and protect your hands, feet and

The pandemic shutdown has had a silver lining for me. It has afforded me the time to rediscover my love for making ceramics and to organize and set up a studio in our garage. My parishioners and wife have been encouraging in my hobby.

To retain her sanity and to continue seeing me on a regular basis, my wife took the chance on having me teach her how to throw on the pottery wheel. Teaching one’s spouse or learning from one’s spouse can be a touchy proposition. But with a little grace, given and received, she has

A recent report from the Pew Center determined that New Mexico had the fourth highest volatility in tax revenue collection over the past 20 years. Unsurprisingly, the study cited reliance on oil and gas revenues as the likely cause of this volatility. What the study didn’t consider was the fact that New Mexico’s misguided economic policies actually reinforce our reliance on oil revenues. 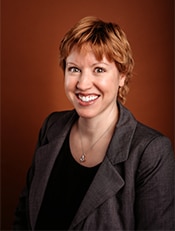 Don’t procrastinate when it comes to prepping for tax season.

The tax code can be a labyrinth to navigate. Nevertheless, taking action now – while you, your financial advisor and accountant have time to think through the possibilities and maximize your 2020 tax savings – could be more than worth the effort.

Consider adding one or more of these four tax-mitigating moves to your capital gain/loss harvesting and year-end charitable giving:

Tags:
Columns
Corn on the Cob: There has to be food involved at a gathering such as this and hot dogs and corn on the cob were on the grill at the Fall Harvest Festival in Stephenville, Texas. Photo by Gary Warren/ladailypost.com

Sliding Through: Who knew large farming equipment could be converted into a fun slide for the children. Photo by Gary Warren/ladailypost.com
Jumping for Joy: Seeing an event through the eyes of young twin boys makes you appreciate the efforts involved in hosting a family festival. Simple stacks of hay bales provide opportunity for the children to climb and jump around. Photo by Gary Warren/ladailypost.com
Tags:
Nation Columns Travel

I’ve recently been watching a historical fiction series set in the 1200s about conflicts—internecine and otherwise—of a tribal group in the western Asian region—constant wars and conquests, treachery and intrigue.  Being a regionally-produced series, it’s very interesting to observe the emphasis on various ways local cultural emphases and perceptions differ from our own.  But one thing that strikes starkly is the constant theme of revenge—every insult, backstab or perceived slight eliciting a nefarious plot to “get even”… often involving the “if he brings a knife,