During that same period, no schools were placed on the 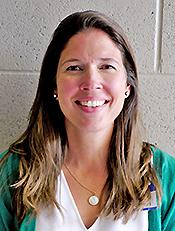 The Los Alamos School Board gathered virtually Tuesday evening for its first meeting of the new year Tuesday.

The first order of business at the meeting was to elect board members into officer positions.

After reviewing roles and responsibilities and considering those interested in serving as an officer the board casts its votes.

The following positions were filled:

“I am honored and humbled to have been elected president

A survey of LAPS employees indicates that 93 percent of staff want to be vaccinated. Courtesy/LAPS

Staff over age 50 who are working directly with students and are in close contact with students are eligible to be vaccinated in this first round. This includes, for example, elementary staff, middle and high school special education staff, bus drivers running routes, elementary school custodians and secondary coaches.

Just in case there is a reaction to the Pfizer vaccine, EMTs and

Light is the only student selection from New Mexico.

“I’m ecstatic at having been selected, and although there have been moments where I’ve doubted myself and even occasionally considered the possibility that this was

Mindfulness and meditation, public health in Northern New Mexico, crafting during COVID and times of crisis, author Ginger Gaffney reading from her book Half Broke, and the film Coded Bias are the upcoming offerings in Library Conversations at Los Alamos County Library System.

All events are 7 p.m. every other Thursday Jan. 21 through March 18 via zoom HERE:

The screening is 6 p.m. Thursday, Jan. 21, with the streaming link live for 72 hours for ticket-holders.

And exciting news just in! Thanks to Century Bank, ticket holders will receive one free drink from the Pajarito Brewpub and Grill plus a discount code for 15 percent off their food and drink

Melanie Colgan was chosen as the new president of the Los Alamos School Board at the Jan.12 Regular School Board Meeting.

Outgoing President Ellen Ben-Naim passed the virtual gavel to Colgan during the meeting.

Ben-Naim was elected vice-president. Dawn Jalbert will retain her position as board secretary.

The meeting will be held via video and the meeting agenda is available at www.losalamosjjab.com.

The public is welcome. For additional information, contact JJAB at info@losalamosjjab.com or 505.709.8125.

Los Alamos Community Services Department congratulates Head Golf Professional Michael Phillips for once again being named as a Masters Kid Coach – 2021 marks the third year in a row that he has won the Top 50 Kids Coach Award.

“I have been fortunate to work with Michael

Bats with white-nose syndrome roosting in the warmest sites have been hit particularly hard, according to a new study by researchers at Virginia Tech. Courtesy/Virginia Tech

A research team uses a swab to measure the fungal loads on each individual bat and a laser thermometer to measure the roosting temperature of the rocks next to each bat. Courtesy//Virginia Tech

Since 2006, a fungal disease called white-nose syndrome has caused sharp declines in bat populations across the eastern United States.

The fungus that causes the disease, Pseudogymnoascus destructans,