Lisa Danielson is the new director of the Center for Space and Earth Science. Courtesy/LANLLANL News:

Los Alamos National Laboratory has named Lisa Danielson the new director for the Center for Space and Earth Science.

As one of six strategic centers within the National Security Education Center, CSES is a multi- and Interdisciplinary Center for Astrophysics, Near Space Environment, Planetary Science, Geophysics, Earth Systems and Climate, and Bioscience.

CSES provides a gateway for collaborations with academic institutions in these science areas, provides external visibility and

Fifty-nine students participated in the 2021 Los Alamos County Science Fair this past weekend, with six projects being named best of show in the elementary, junior and senior categories.

Every student participant is considered to be a winner. 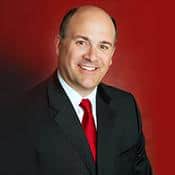 KIRTLAND AIR FORCE BASE — “I was wrong,” said Air Force Research Laboratory researcher, Dr. Jack Drummond, when looking back to his early research on asteroids and their orbiting moons.

Drummond is an astronomer at AFRL’s Directed Energy Directorate Starfire Optical Range (SOR) on Kirtland Air Force Base. First as a government civil servant, and now as a Leidos contractor supporting AFRL, he has spent decades studying the solar system, and his research has often focused on asteroid satellites.

France Córdova in the ice-free dry valleys of Antarctica will discuss ‘The Best Journey in the World’ at the Jan. 26 virtual meeting of the Los Alamos Mountaineers. Courtesy/NSF

The November Los Alamos Mountaineers meeting continues in its electronic format, consistent with the needs of this special time.

The meeting is 7 p.m. Tuesday, Jan. 26. As usual, the Mountaineers meeting is held in collaboration with the Pajarito Environmental Education Center. This month, the meeting features a talk by France Anne Córdova entitled “The Best Journey in

Looking back over 2020, Director Thom Mason said it is the 13,000 Laboratory employees that he is most proud of … how they have stepped up and met the challenges of a global pandemic.

Just shifting that large number of employees from working onsite to working remotely was quite an endeavor and Mason commended the employees on having adapted so well.

“Those employees that had to be onsite were safer by not having more people here,” he said during a recent

Pre-registration is strongly encouraged, although candidates will have the opportunity to register and submit resumes the day of the event.

The registration link is available here.

During the virtual job fair, candidates will have the opportunity to browse videos about the Nuclear Security Enterprise (NSE) sites. From the virtual lobby, attendees can visit hiring booths, view information for each NSE

Weakly electric fish are specially adapted to traverse obscured waters without relying on vision; instead, they sense their environment via electric fields. Courtesy/SIAM

While humans may struggle to navigate a murky, turbid underwater environment, weakly electric fish can do so with ease. These aquatic animals are specially adapted to traverse obscured waters without relying on vision; instead, they sense their environment via electric fields.

Now, researchers are attempting to adapt these electrosensing techniques to improve underwater robotics.

The three companies receiving awards for this round of the grant are:

Each of these companies