Temper, temper: Tensions flared between two Democrats in the Senate Judiciary Committee on Monday during a discussion of Senate Bill 98, which deals with compliance with minimum wage laws on public works projects.

The verbal dust-up took place between the sponsor, Sen. Jacob Candelaria, D-Albuquerque, and Sen. Daniel Ivey-Soto, D-Albuquerque, a member of the committee, over how best to define public records requests regarding employee wages.

Testy exchanges of dialogue and accusations of making faces dominated the conversation for a few moments, and Read More

From the Republican Party of New Mexico:

ALBUQUERQUE — Last night’s New Mexico House passage of SB5, known as the Red Flag bill, is the latest example of how left-leaning Democrats are tearing away at the fabric of our great state.

By a vote of 39-31, the House snatched away New Mexicans’ Constitutional rights. This legislation, allowing authorities to confiscate firearms if they feel a homeowner may be a threat to himself or others, clearly violates peoples’ 2nd Amendment rights, due process and search and seizure protocol. The bill is essentially a progressive Democrats’ Read More 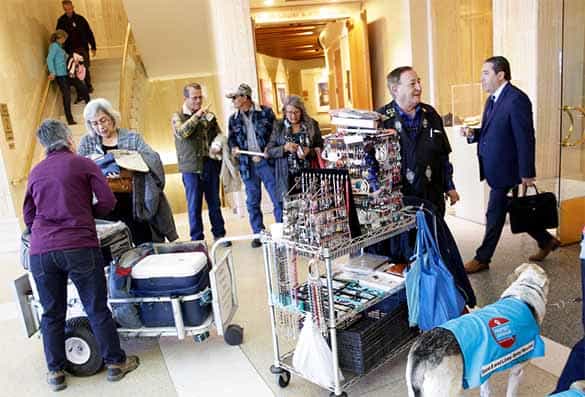 Jewelry vendor Daniel Ronquillo, center, with his cart of wares Thursday roaming the halls of the Roundhouse in Santa Fe. Photo by Luke E. Montavon/SFNM

Marian Mendez-Cera traveled to the Roundhouse from Albuquerque to support a proposed bill this week but ended up spending a few bills of her own along the way.

“I came for advocacy, and I’m leaving with earrings,” she said about her unexpected shopping trip.

While most people go to the state Capitol during a session of the Legislature to meet with lawmakers, support or oppose legislation or just to watch democracy Read More 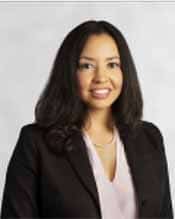 Henderson is a former assistant U.S. attorney who has been in private practice in Albuquerque since 2017. She is a 2007 graduate of the University of New Mexico School of Law and has an undergraduate degree from American University in Washington, D.C.

She is the first African-American to be appointed to the New Mexico Court of Appeals, according to Aja Brooks, president of the New Mexico Black Lawyers Association.

SANTA FE — Gov. Michelle Lujan Grisham issued the following statement Thursday night after Senate Bill 5, “providing law enforcement officers with another proven-effective tool to proactively address the scourge of gun violence in communities all across New Mexico”, passed the House floor by a vote of 39-31:

“This is a tremendous victory for New Mexicans’ public safety. This tool will empower law enforcement to keep our communities safer. It will minimize the plain and unacceptable risks of gun violence and suicide all across New Mexico. 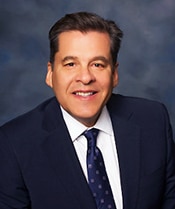 The Senate Judiciary Committee has voted 6-4 to table a bill that would have legalized the recreational use of cannabis for New Mexicans over the age of 21.

When legislators table a bill, it almost always means it will die. And with just one week left in this year’s 30-day legislative session, it’s unlikely the bill will rise from the dead.

Two Democrats joined four Republicans in tabling the measure. The vote came around 10 p.m. Wednesday after some 90 minutes of debate on the issue.

By JENS GOULD
The New Mexican

If legislation had taglines, this one’s might be: “How a highly technical bill became the latest partisan punching bag.”

Friday, the Democrat-controlled House Taxation and Revenue Committee approved House Bill 341, which proposes to transfer money from the state’s enormous Tax Stabilization Reserve fund into its operating reserve if the latter drops to less than 1 percent of total appropriations.

The legislation’s proponents say the measure would fix a structural issue created when the rainy-day fund was set up, and would even help the state avoid calling a Read More 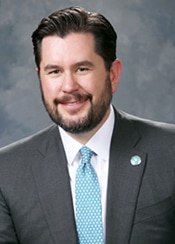 House Speaker Brian Egolf is recusing himself from taking part in consideration of a bill that would allow residents of other states to obtain medical marijuana licenses in New Mexico even if they don’t have a valid New Mexico driver’s license.

In a letter to Lisa Ortiz McCutcheon, the Legislature’s chief clerk, Egolf, a lawyer, said that because he is the lead counsel in an appeal of a court case tied to the bill, he will take an “abundance of caution” in recusing himself from any part of the bill’s assignments, discussion or debate. 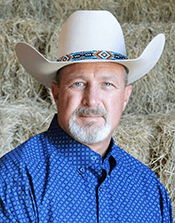 …Sheriff Helton said he would rather go to jail than enforce the “red flag” law.

Gov. Michelle Lujan Grisham said Friday she will not abide lack of enforcement by any sheriff or other local government official who opposes a new law intended to reduce gun violence.

Her comments came during a press conference at which she defended her support of Senate Bill 5, which cleared the Legislature on Thursday and which she intends to sign into law, adding New Mexico to the list of states that have passed what are called “red flag” laws.

PERA bill: A key House panel approved legislation on Friday that aims to erase the state pension system’s $6.6 billion unfunded liability. After clearing the full Senate earlier this week, Senate Bill 72, sponsored by Sen. George Muñoz, D-Gallup, was passed 11-4 by the House Appropriations and Finance Committee and now heads to the House floor.

Under the proposed model, annual cost-of-living adjustments would range between 0.5 percent and 3 percent, depending on investment returns, rather than the 2 percent annual raises retirees currently get.