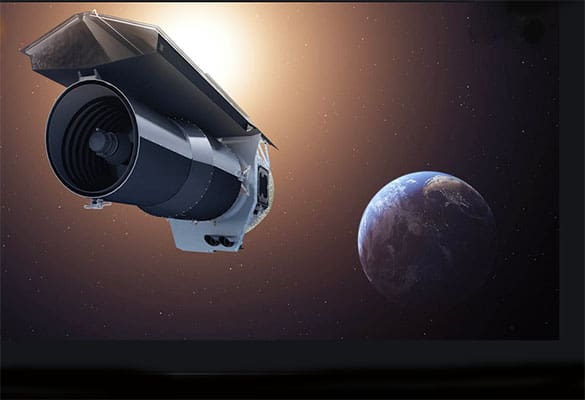 After more than 16 years of exploring the cosmos in infrared light, it was switched off permanently, ending its career as one of NASA’s Great Observatories.

The spacecraft operated for more than 11 years beyond its prime mission.

Spitzer orbits the sun, trailing about 158 million miles behind Earth – more than 600 times the distance between Earth and the moon. Due to the constraints of its orbit, the angle at which the telescope’s solar panels Read More

Champions of Youth Ambitions (C’YA) has gained some new gifts just before Valentine’s Day, and they hope you might consider giving something small, too.

A grant from Los Alamos National Laboratory Foundation has moved the small non-profit to enter a new reality. That new reality is a virtual one. The purchase of Oculus goggles and Merge Cubes will allow students to hold science Read More

WASHINGTON, D.C. — A “beating heart” of frozen nitrogen controls Pluto’s winds and may give rise to features on its surface, according to a new study. 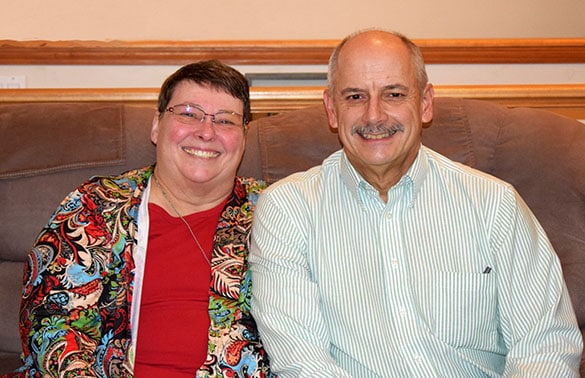 Maureen Connolly and Bryan Fearey have created the Fearey/Connolly Endowed Scholarship for Science and the Arts. Courtesy/LANLF

Los Alamos residents Bryan Fearey and Maureen Connolly met during their graduate work at Iowa State University, where they both earned PhDs in physical chemistry.

Their relationship has been deepened by a mutual passion for the arts. Fearey’s skill as a clarinetist and saxophonist led him to Read More

Astronomer Dan Reisenfeld discusses the discoveries of the New Horizons mission at Pluto and beyond at 7 p.m. Friday in the Los Alamos Nature Center planetarium on Canyon Road. Courtesy/PEEC

Journey to Pluto and beyond with the New Horizons spacecraft this Friday, Jan. 31 at 7 p.m. in the Los Alamos Nature Center planetarium. Launched in 2006, the NASA New Horizons spacecraft executed a close fly-by of Pluto in 2016, making it the first spacecraft to ever encounter this distant Dwarf Planet. Astronomer Dan Reisenfeld will be the pilot for the evening and will take the audience on a journey Read More

The aurora – nighttime light displays in the atmosphere near Earth’s poles – take on various shapes and forms. They often appear as rippling curtains of green, red, or purple light. But in October 2018, amateur auroral photographers in Finland discovered a new auroral form they dubbed “the dunes”. 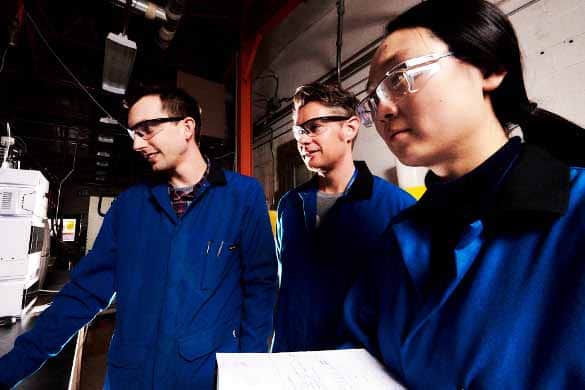 Starting with acetone derived from plants, scientists at Los Alamos are converting this simple molecule into jet fuel using a novel process that uses light. This has the potential to be blended with regular jet fuel to offer a greener option. Courtesy/LANL

Take biomass-derived acetone—common nail polish remover—use light to upgrade it to higher-mass hydrocarbons, and, voila, you have a domestically generated product that can be blended with conventional jet fuel to fly while providing environmental benefits, creating domestic jobs, securing the nation’s global leadership Read More

Explore how our understanding of the Milky Way’s place in the universe has evolved over time at 7 p.m. Friday, Jan. 24 at the Los Alamos Nature Center’s planetarium with Paul Arendt. Courtesy/PEEC

Explore how understanding of the Milky Way’s place in the universe has evolved over time at 7 p.m. Friday, Jan. 24 in the Los Alamos Nature Center’s planetarium.

Paul Arendt will explore the history of the Milky Way and then discuss the methods used to discover our home galaxy’s satellite neighbors. He also will look at ultra-diffuse galaxies and the recent controversies involving a few of Read More

Española YMCA Teen Center Director Ben Sandoval took a team of three young people to China in summer 2019 to compete in the robotics international program. The team earned a first place in the Entrepreneurial Division for their designed watering system.