On The Job In Los Alamos: Serving Automotive Needs 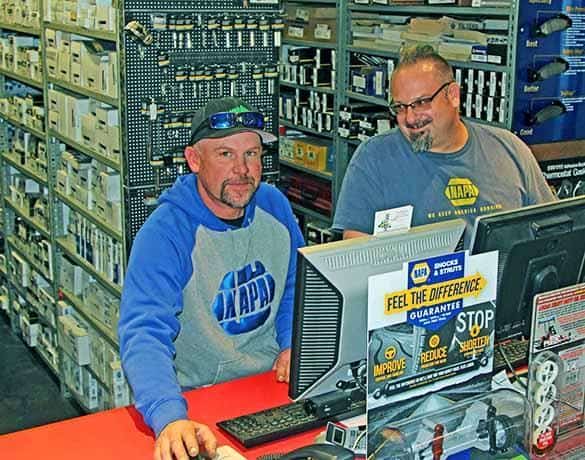 Tags:
Community Business Automotive On The Job In Los Alamos 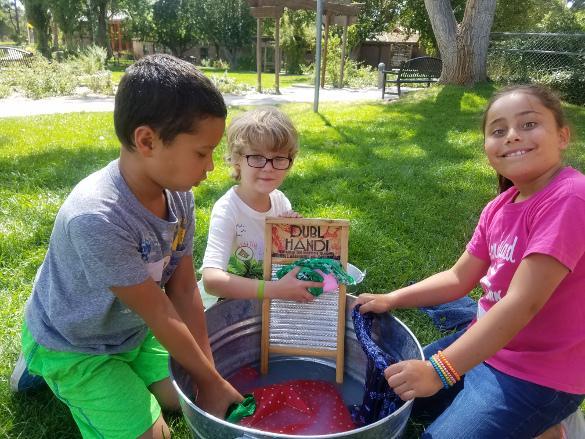 Time Travelers sets students on an adventure of exploration, investigating our local history through artifacts in the Los Alamos History Museum and hands-on activities. 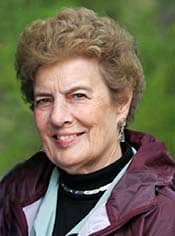 Peggy Jo, or Peggy “Go” as she joked, was born to Marie (Felts) and Leo Randolph and raised in Portales, NM where she was described by her childhood friend, Ray Ann as being “a friend to all, a leader who had an eye out for those who might be left behind.”

She graduated from Eastern New Mexico University with a degree in elementary education and began teaching at age 19 in a “secret city on the hill,” where she would live for the next 7 decades.

Not long after moving to Los Alamos,

On The Job In Los Alamos: At Smith’s Marketplace 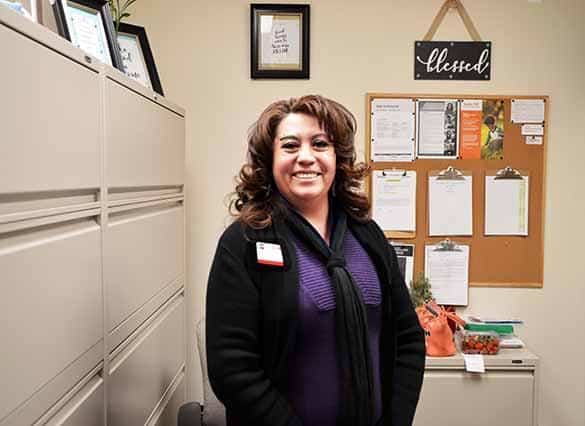 On the job in Los Alamos Tuesday afternoon is HR Specialist Cathy Balkey at Smith’s Marketplace at 751 Trinity Dr. She has worked for the Smith’s corporation for 30 years. The best thing about her job? “My customers … they are just amazing and uplifting in every way!” To learn more about employment opportunities at Smith’s, click here: https://jobs.kroger.com/smiths-food-and-drug/go/Smith&apos;s-Food-&-Drug/588300/ #worklosalamos #wherediscvoeriesaremade. Photo by Carol A. Clark/ladailypost.com

Editors Note: This is the first in an ongoing series of columns by grief specialist Dr. Ted Wiard, dedicated to helping educate the community about emotional healing.


Mental health is a conscious process and tends to be low on a person’s priority list.

This has led to more and more negative behaviors, disconnections, fear and an increase in isolation, suicide, addiction and other self-destructive actions.

My hope is that this article can help your readers know that they are not alone, emotional healing is possible, and there is help.

A large part of emotional healing is to understand 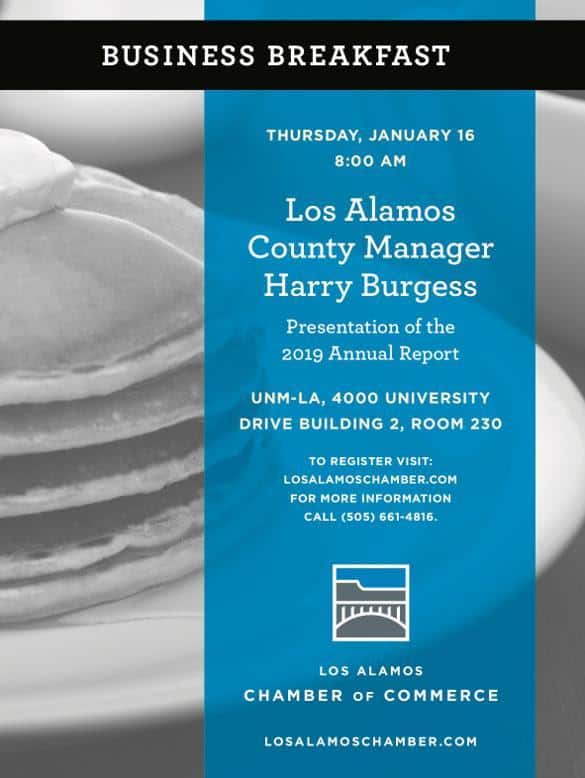 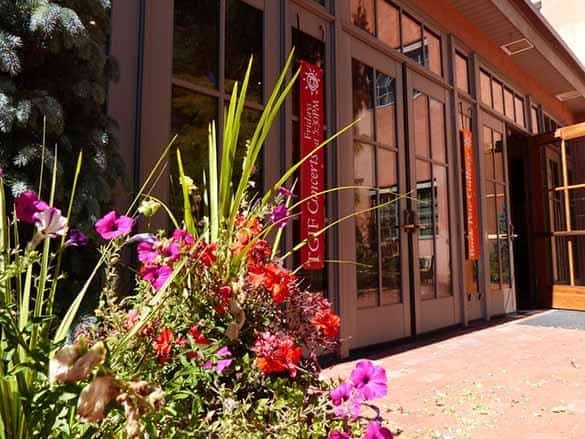 Admission is free and open to all; a freewill offering will be accepted. 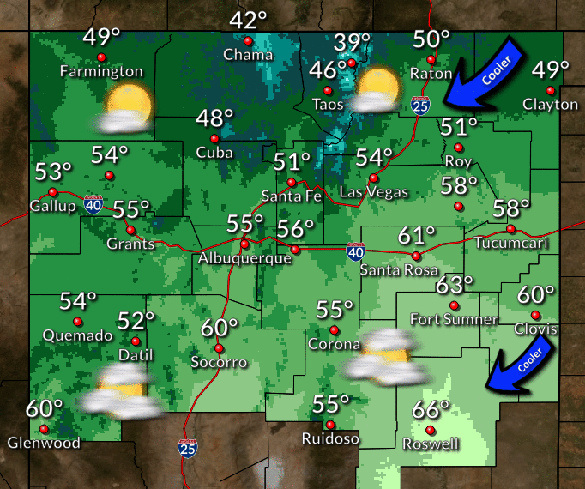 The National Weather Service forecasts today’s high in Los Alamos near 47 with mostly sunny skies and tonight’s low around 25 with a 20 percent chance of snow showers after 2 a.m. Courtesy/NWS 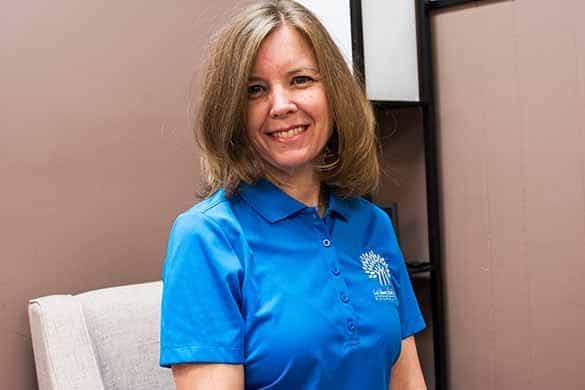 Jennifer McCumber is the new executive director for the LAPS Foundation. Courtesy/LAPS

Los Alamos Public Schools has announced that Jennifer McCumber is the new executive director for the LAPS Foundation.

While this is a new role for McCumber, she is by no means new to the schools or the Foundation. Most recently, she served as a school board member for District 5 (Mountain Elementary) 2015-2019.

She also served on the board of the LAPS Foundation for several years as the school board representative, a committee assignment 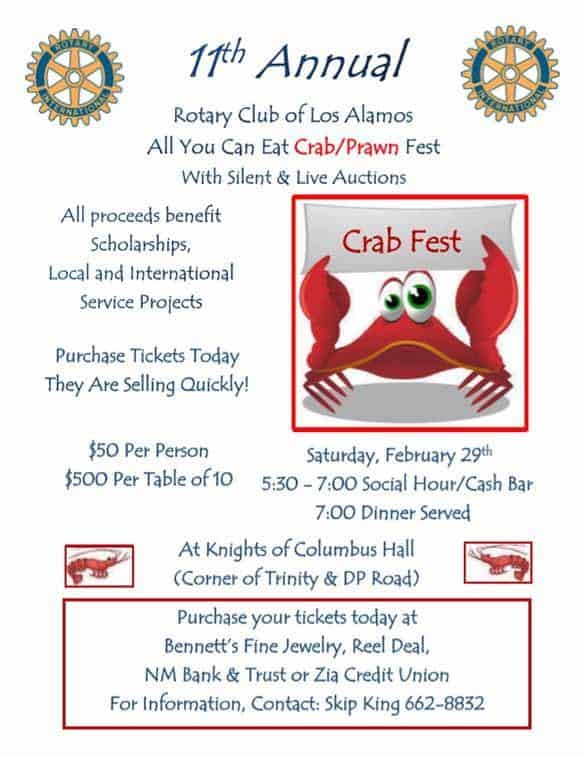 The next meeting of the Los Alamos County Discoveries Action Team (DAT) is 11 a.m. to 12:30 p.m. Thursday, Jan. 23 in the Pajarito Room at Fuller Lodge

New members interested in joining the team are invited to come to the meeting and visit with County Staff and team members while enjoying a free lunch, followed by a recap of 2019 accomplishments and reports from project champions and current projects moving ahead in 2020.

The Discoveries Action Team is open to all County residents, businesses and organizations. Volunteers donate time and talent to Place-Making (enhancing Los Alamos 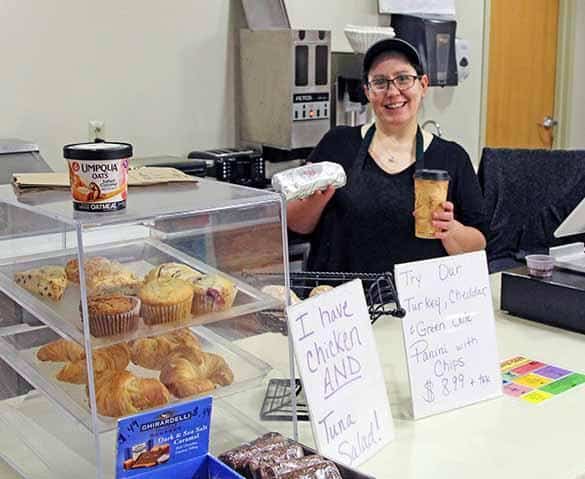 On the job in Los Alamos Tuesday morning is Dani Macias ready with a wide variety of burritos, coffee and special treats at Hot Rocks inside the main entrance of Los Alamos Medical Center at 3917 West Road. Hot Rocks is open 7 a.m. to 1:30 p.m., Monday through Friday. #worklosalamos #wherediscvoeriesaremade. Photo by Jenn Bartram/ladailypost.com

Shop On The Corner Says Thank You 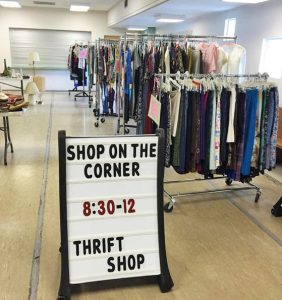 Shop on the Corner is open 8:30 a.m. to noon Wednesday. Courtesy photo

The staff at Shop on the Corner thrift store on the first floor of Trinity on the Hill Episcopal Church, thanks all the shoppers, donors, volunteers and friends for their most successful year in 2019.

The thrift store raised $50,000, all of which was donated to more than 20 nonprofit organizations in New Mexico.

The staff looks forward to seeing the community again 8:30 a.m. to noon Wednesday.

All of the profits from this week’s sales will go to relief aid for earthquake and fire victims in Puerto Rico and Australia. Some 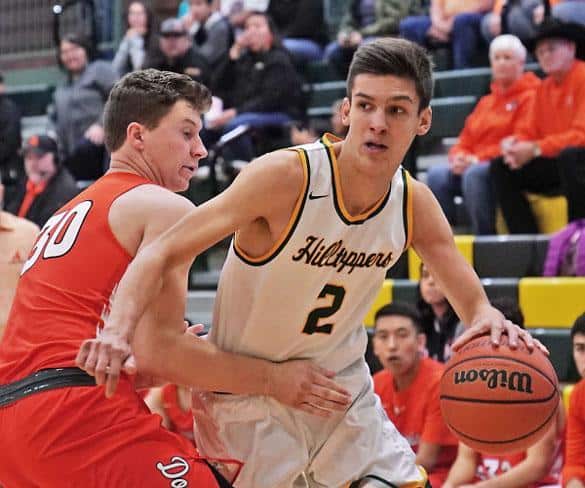 Gavin Compos worked his way down court in a game played Saturday afternoon in Griffith Gymnasium against the Artesia Bulldogs. The Toppers started out hot and had a 20-1 lead at the end of the first quarter, but the Bulldogs, who had a tough game against the Pojoaque Elks the night before, started to come to life and ended up winning the game 66-57. Compos had 12 points for the game. The boys next home game is Jan. 23 against the Moriarty Pintos. Photo by John McHale/ladailypost.com 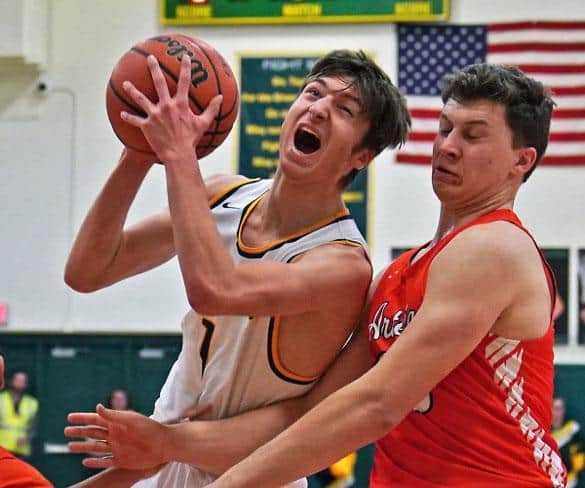 Matthew Owen was the leading scorer for the Toppers with 15 points for the night. Photo by John McHale/ladailypost.com 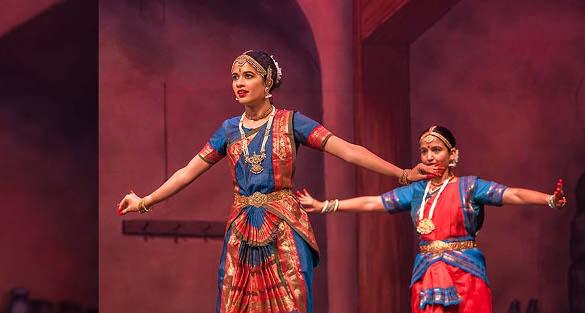 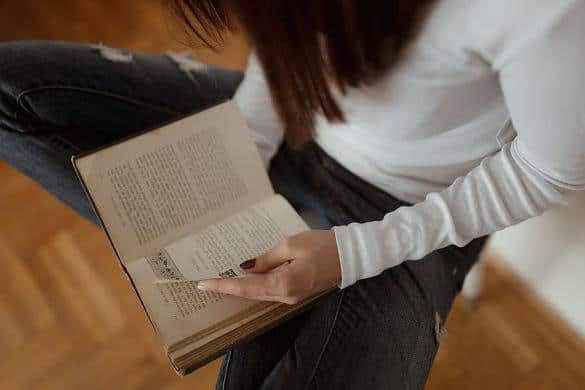 One Los Alamos invites the community to celebrate Diversity Week Jan. 19-24, 2020, proclaimed by the County, with a series of art and cultural events.

All events are free and open to all.

One Los Alamos Books by Women of Color Book Club:

This is an ongoing book club open to all. Can’t always commit to a book club? You

On The Job In Los Alamos: At Ruby K’s Bagel Cafe 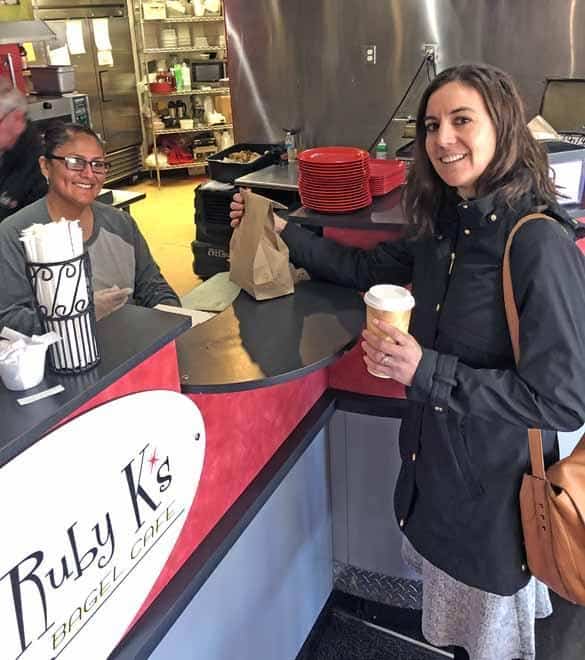 On The Job In Los Alamos: At Ski Patrol Debriefing 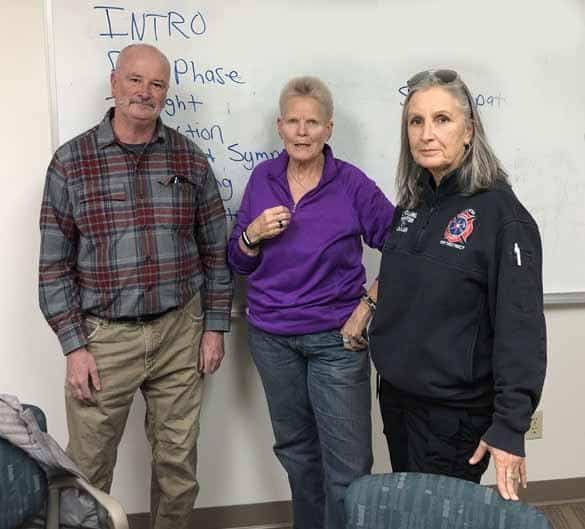 On the job in Los Alamos from left, Ski Patrol Volunteer Representative (Director) Bill Purtymun, New Mexico Crisis Support Team Facilitator Dr. Deb Boheman and Chaplain/Crisis Support Team Facilitator Eleni Fredlund prepare for a debriefing for the Pajarito Ski Patrol Jan. 4 in the Conference Room at the Los Alamos Chamber of Commerce. The Ski Patrol assisted with a recent, difficult rescue endeavor at the ski hill and the management wanted to offer a Critical Incident Stress Management meeting for all of the responders of that incident. More than 10 participants took advantage of the benefits 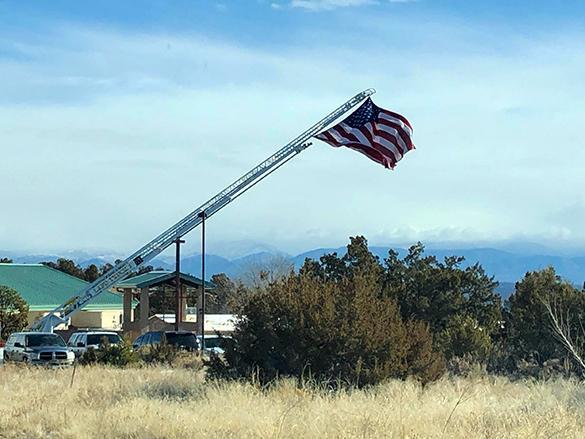 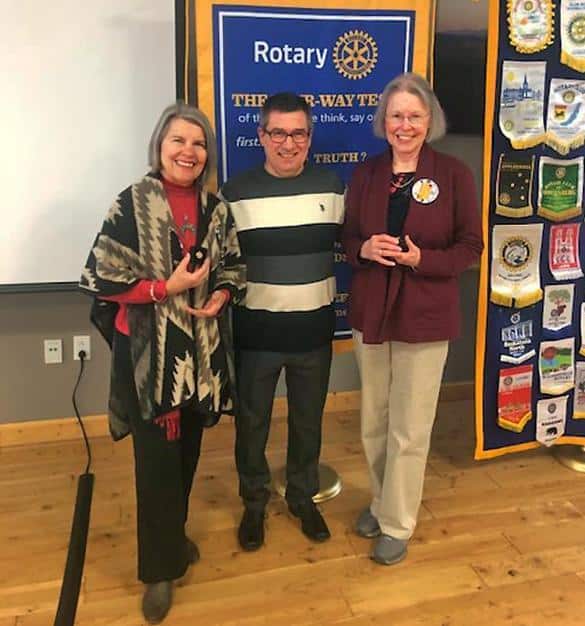 
The Los Alamos School Board meets 5:30 p.m. Tuesday in the School Board Room at the Administration Offices, 2101 Trinity Dr., Suite V.


In reference to a Dec. 10, 2019, closed Executive Session, School Board President Ellen Ben-Naim will state that the purpose for the discussion in closed session was limited to the items stated on the agenda. No action was taken.

New Board member swearing in by the Honorable Judge Elizabeth Allen and election of board officers are among topics  scheduled for Tuesday’s meeting.

The meeting is open to the public.