“Today we have once again declared that we will take every available action to protect the rights and access to health care of anyone in New Mexico,” Gov. Lujan Grisham said. Read More

From the Office of U.S. Rep. Teresa Leger Fernández:

WASHINGTON, D.C. – U.S. Rep. Teresa Leger Fernández issued the following statement after U.S. Senators announced that they will not move forward with the AIR Commission process.

This will effectively prevent the closure of the Española, Gallup, Las Vegas and Raton veterans health clinics:

“Over the last few months, I listened to veterans in Raton, Las Vegas, Española, and Gallup describe how the VA community health clinics provided them access to essential care. I carried their stories and worries about losing these clinics to my colleagues Read More

SANTA FE — The New Mexico Department of Transportation (NMDOT) would like to alert the travelling public to a bridge rehabilitation project set to begin Monday June 27 on I-25.

Kimo Constructors Inc, in conjunction with the NMDOT is set to begin a bridge rehabilitation project on Canyon Ridge Road that spans I-25. The existing bridge superstructure will be raised and rehabilitated.

Partial lane closures in either direction may occur between 5 a.m. and Read More 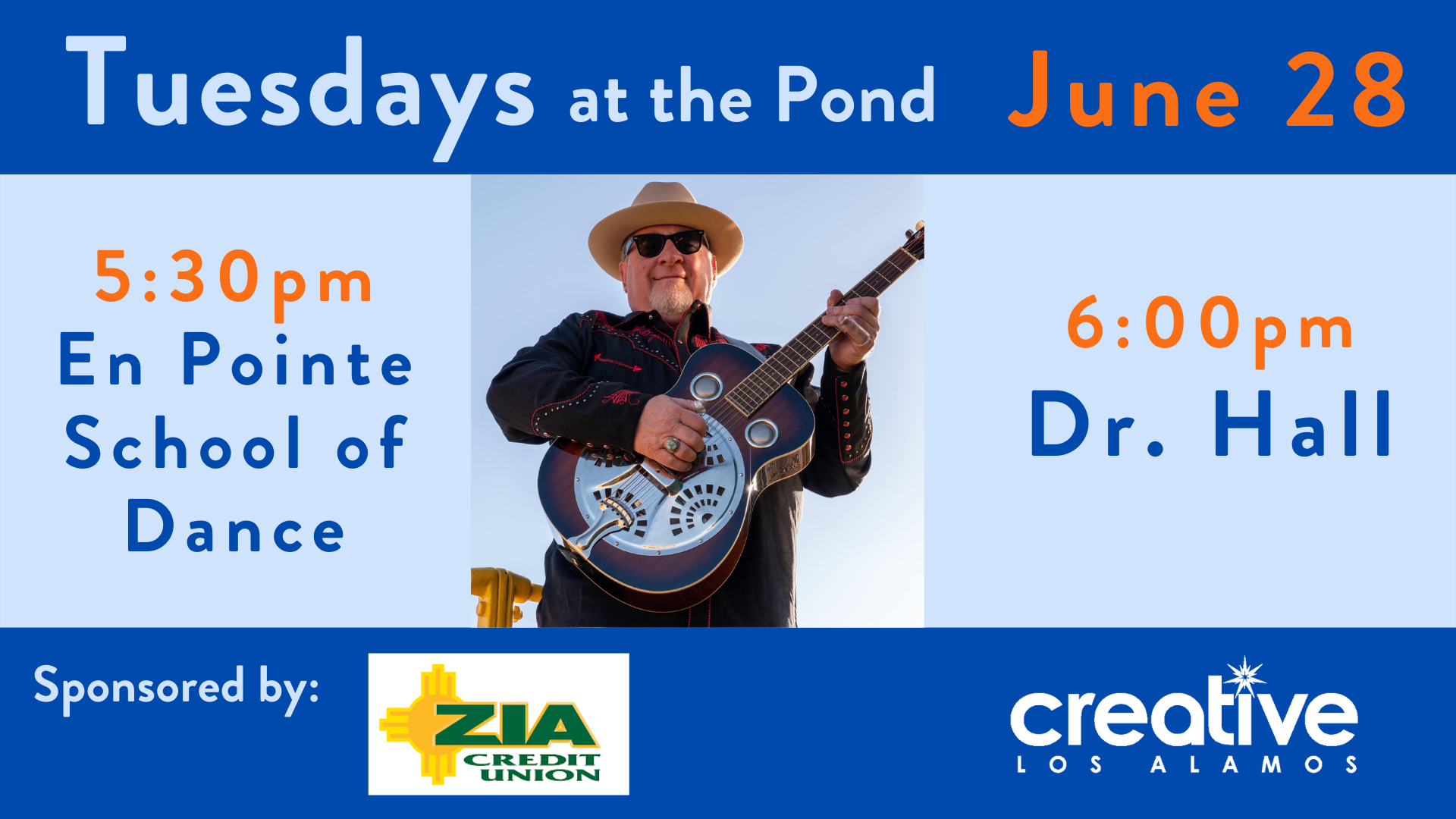 The Los Alamos Creative District is bringing back recording artist Dr. Hall for the third year as part of the Tuesday at the Pond concert series.

Inspired by early blues legends, country, Americana, folk and rock & roll artists, Dr. Hall is a Santa Fe, Ne based singer/songwriter whose music shares the hard luck and trouble experienced by so many as well as a love of life.

Dr. Hall started playing music professionally at age 14 and was touring the country by age 18. He was nominated as the Best Singer/Songwriter in 2020 by

Two Does And A Buck Spend Time On Sycamore Street 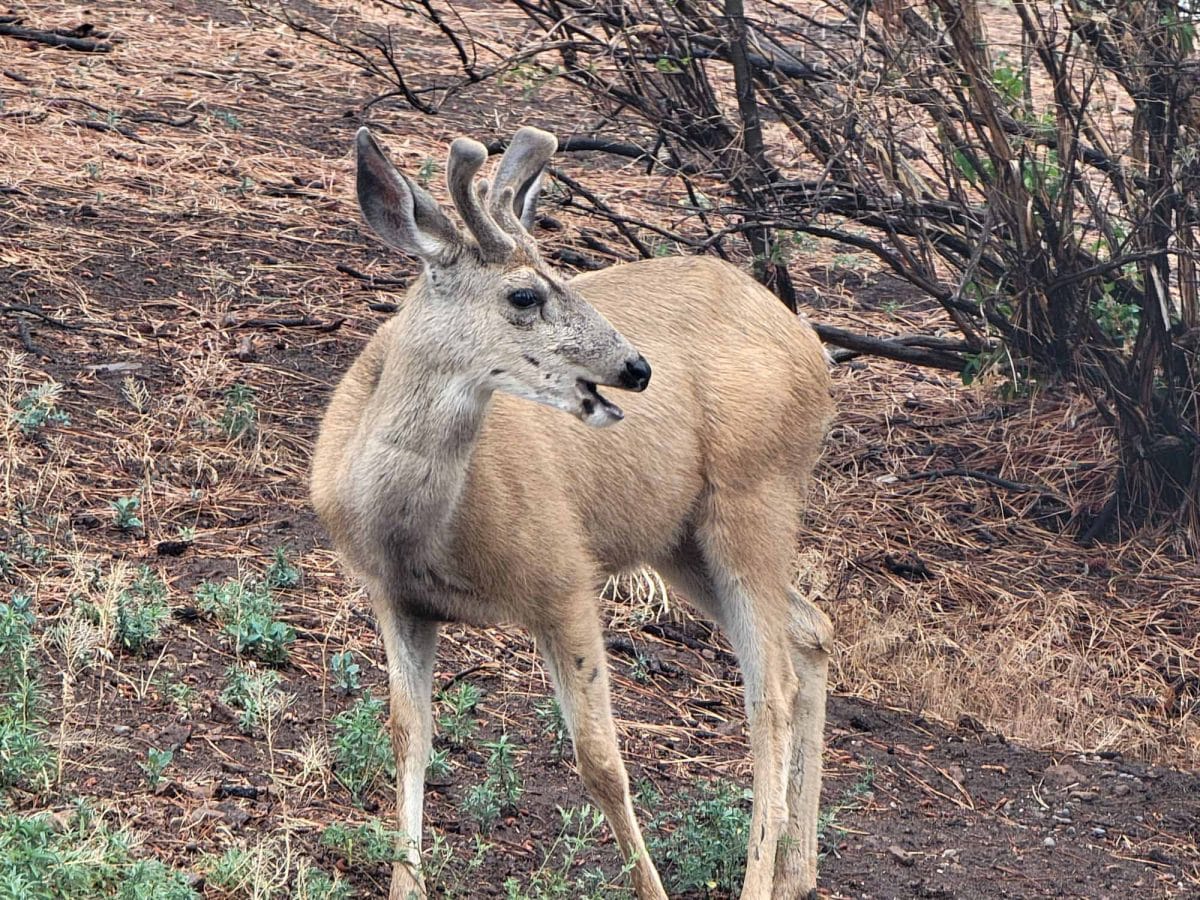 A handsome young buck scans the neighborhood in search of the best grazing area early Wednesday afternoon on Sycamore Street. Photo by Carol A. Clark/ladailypost.com 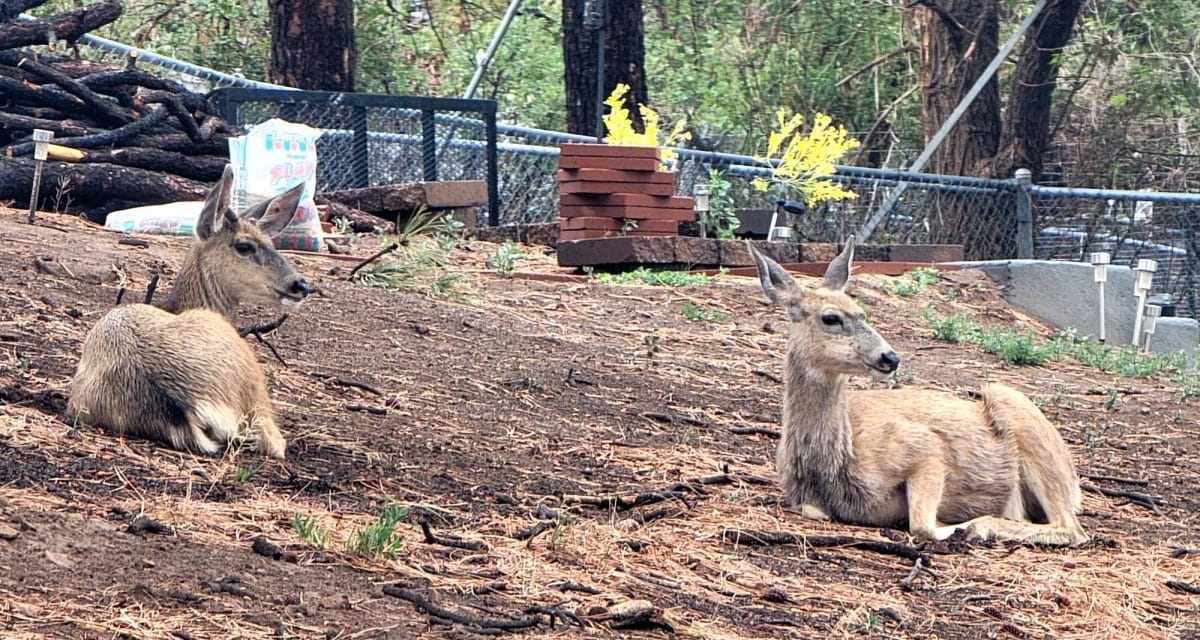 A pair of does relax early Wednesday afternoon on the sloped front yard of a residence on Sycamore Street. They are keeping an eye on a young buck grazing a short distance away. Photo by Carol A. Clark/ladailypost.com 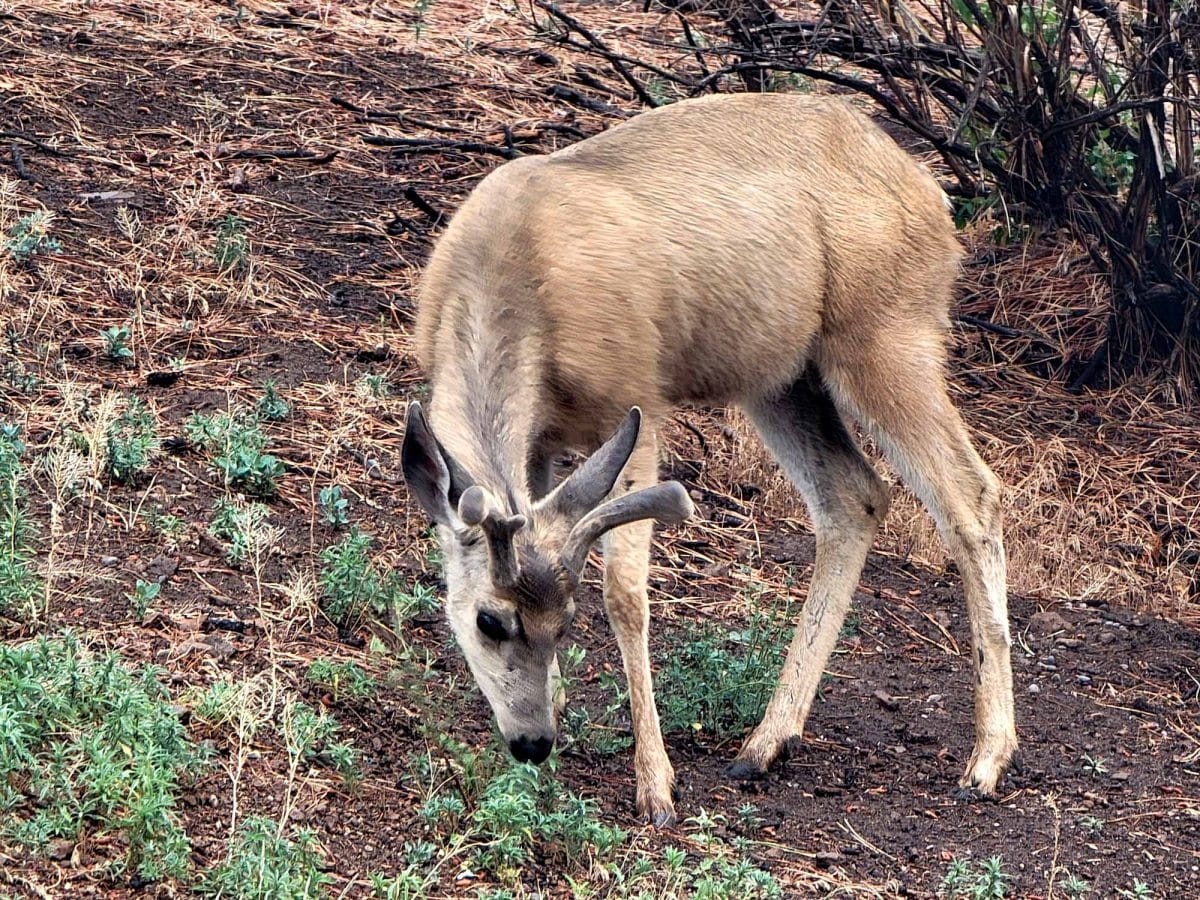 A buck grazes early Wednesday afternoon in the front yard of a residence on Sycamore Street. Photo by Carol A. Clark/ladailypost.com 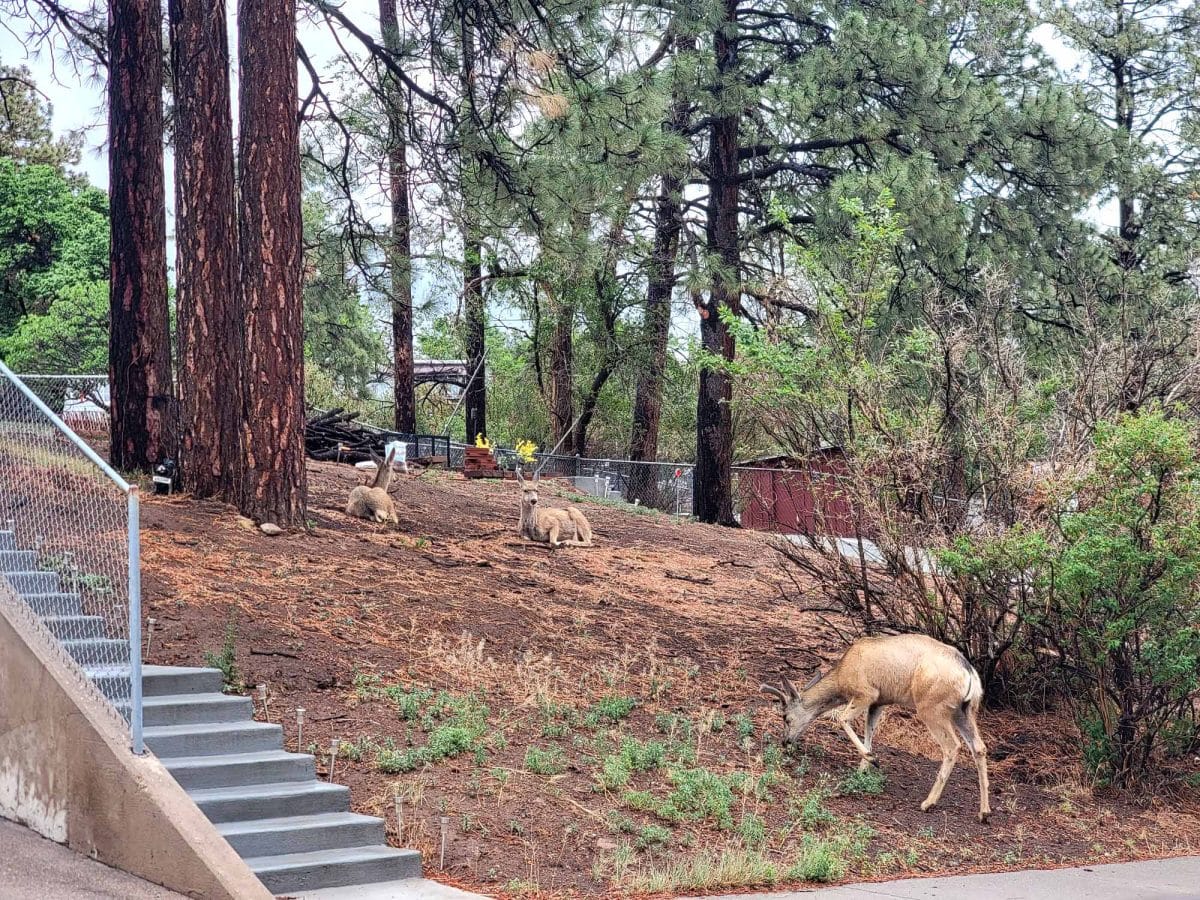 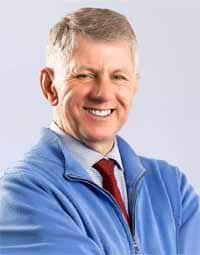 “Peter Mantos is eminently qualified to lead the state agency tasked with deploying broadband resources and arming our state against cyber-attacks,” Gov. Lujan Grisham said. “He will also be critical in our efforts to continue to modernize our technology for both state workers and the public we serve.” 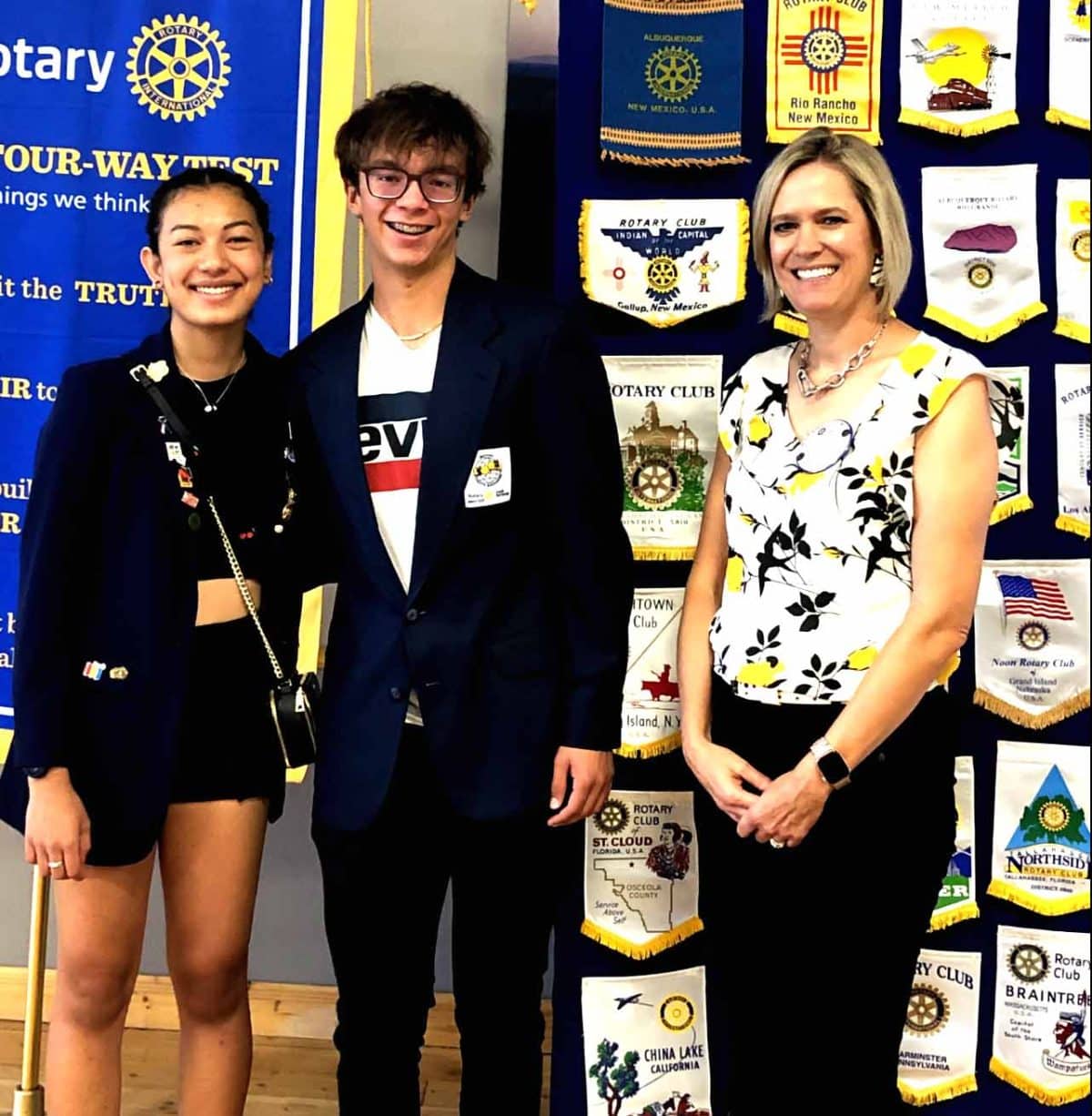 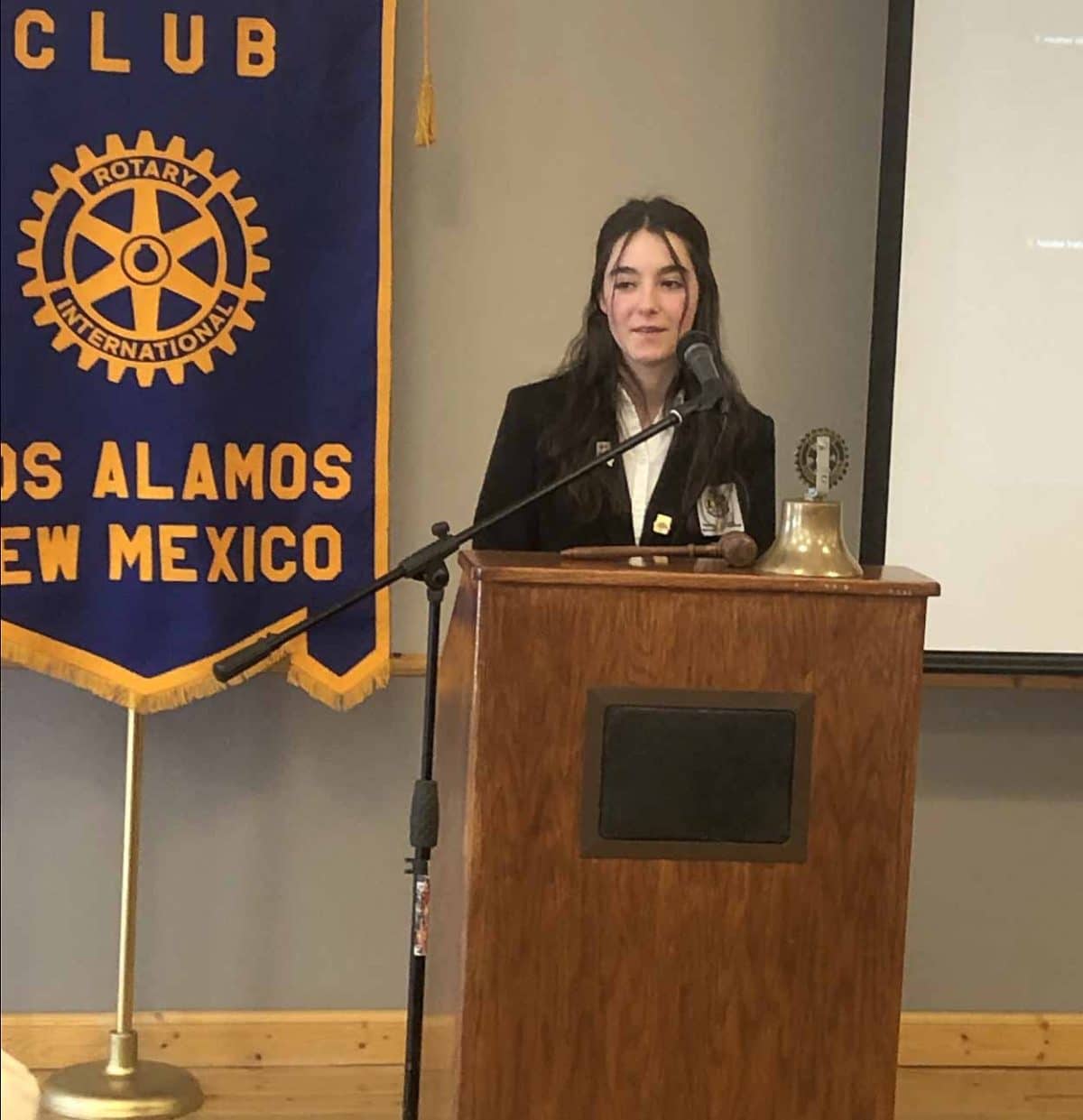 Elise Delgado, a Los Alamos High School junior, spoke in May at the Rotary Club of Los Alamos. Her Rotary Youth Exchange studies will take her to Kanazawa, Japan. Photo by Linda Hull

From the Office of the Attorney General: 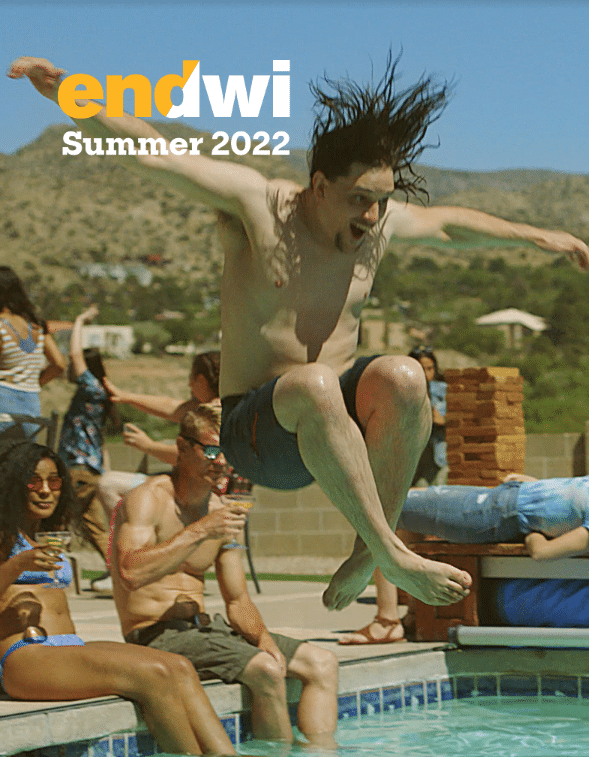 SANTA FE — For more than 11 years, the New Mexico Department of Transportation’s (NMDOT) Traffic Safety Division (NMDOT-TSD) has kicked off the summer with a new ENDWI campaign to coincide with statewide law enforcement traffic initiatives.

ENDWI campaigns always have the same undertone: “If you drink, don’t drive,” but it’s the creative delivery that changes every year. The summer 2022 concept created by local advertising agency RK Venture celebrates music, dancing, friends, fun and poolside parties during the warmer, longer days of summer with the reminder Read More

The North Central Regional Transit District’s RTD Blue Buses will not be in service Monday, July 4 in observance of the Independence Day holiday.

Service on the 255 Mountain Trail, which had been suspended due to the closure of the Santa Fe National Forest, will resume Tuesday, July 5.

NCRTD is wishing everyone a safe and healthy holiday. Read More

Scenes From ‘Brews, Band & BBQ’ Fundraiser At The Tub 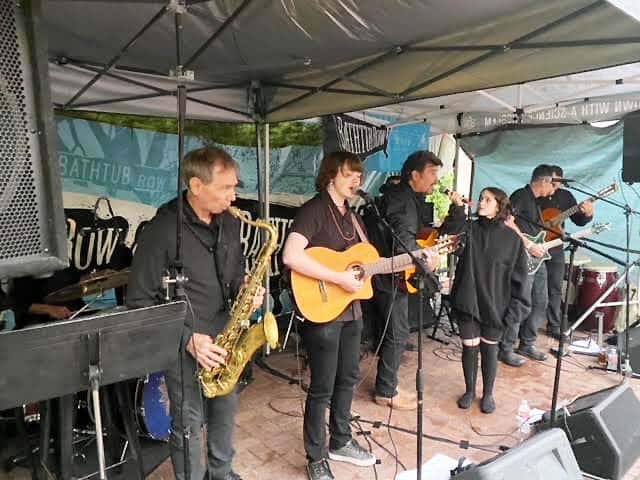 Manzanares plays for the crowd at the ‘Brews, Band and BBQ’ fundraiser hosted by the Rotary Club of Los Alamos Saturday evening, June 25 at Bathtub Row Brewing Co-op (the tub) in Central Park Square. Courtesy/James O’Donnell 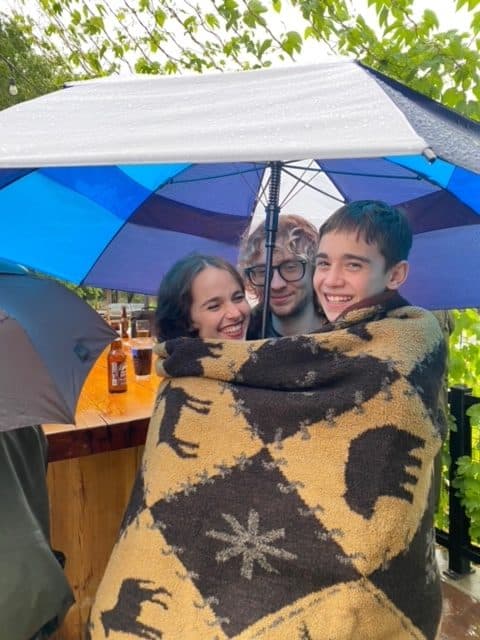 Three young residents take shelter under a large umbrella and blanket from a rainstorm during the ‘Brews, Band and BBQ’ fundraiser hosted by the Rotary Club of Los Alamos Saturday evening at Bathtub Row Brewing Co-op (the tub) in Central Park Square. Courtesy/James O’Donnell Read More 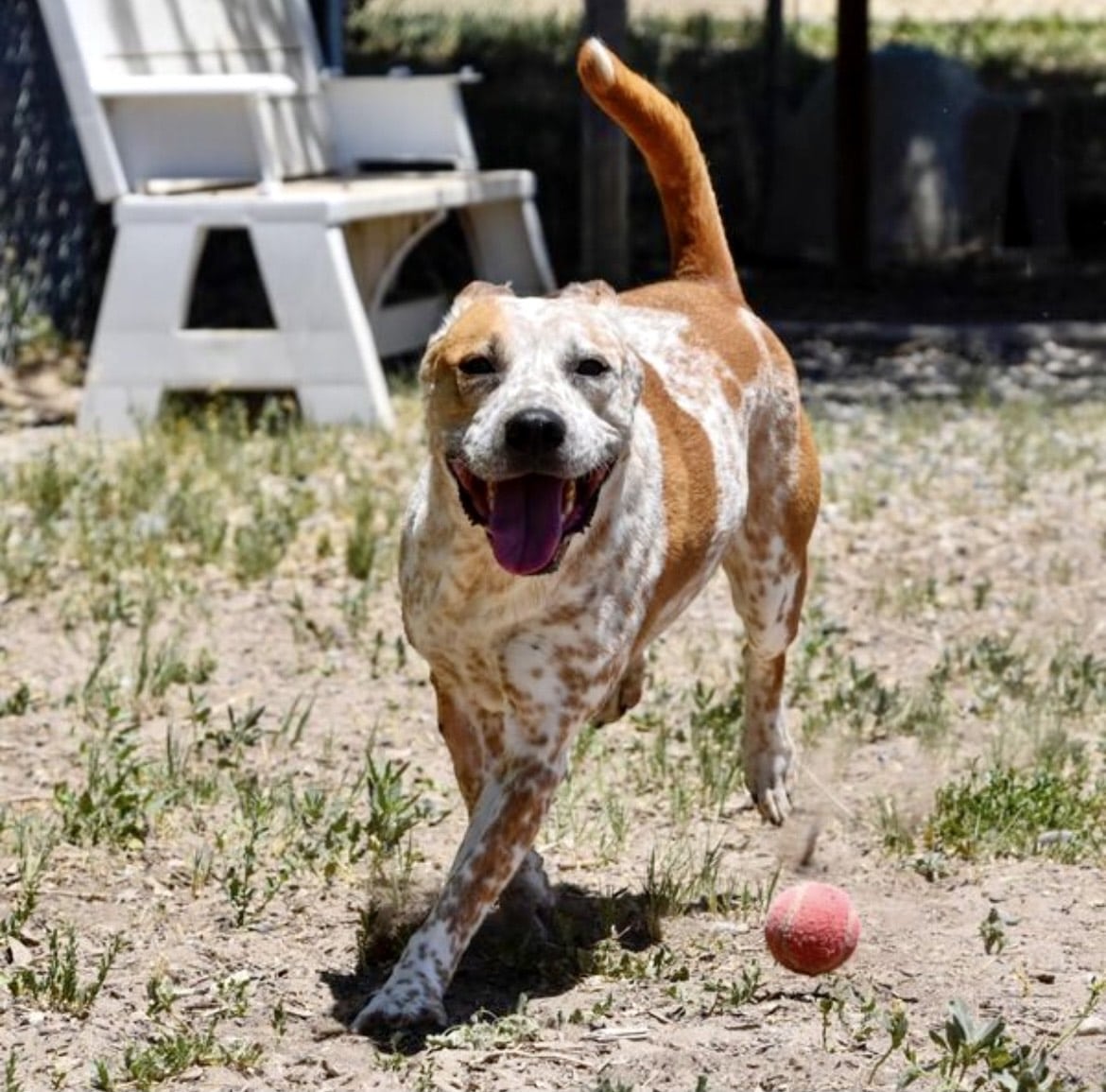 Jenna is the perfect age, size and mix: she’s four years old and 50 pounds of fun, adventure, humor and love. This red cattle dog cross is an absolute ruby gem – she’s a charmer everyone will love. www.espanolahumane.org 505.753.8662. Courtesy/Española Humane 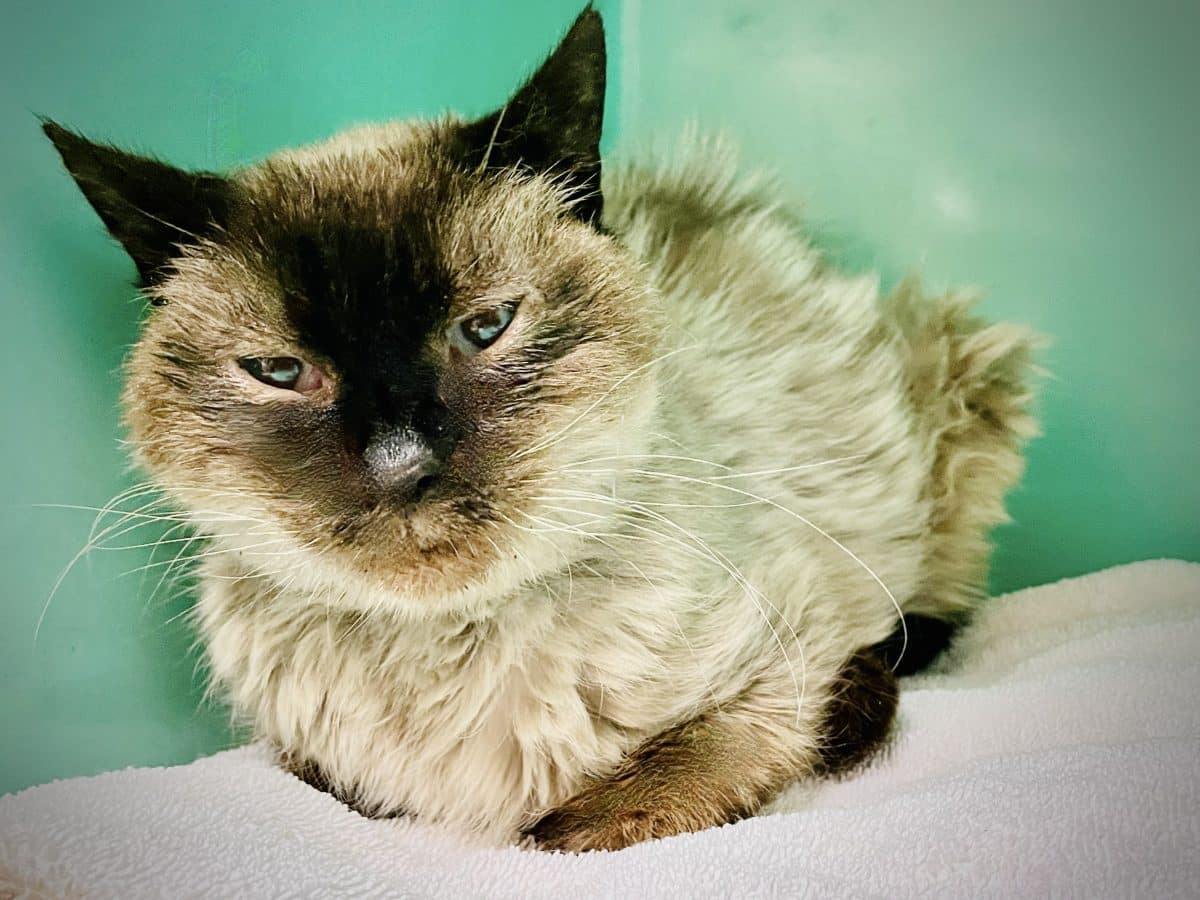 Senior alert! Coco was found emaciated and dehydrated in someone’s garage – which hadn’t been opened in at least a week. After a week of chowing down on all the soft food she wants, 14-18 year old Coco has already gained over a pound, despite having just two teeth left. Her blood work looks great for such a senior cat who has been Read More

Gruninger: What It’s Like To Work One-To-One With A Yoga Therapist 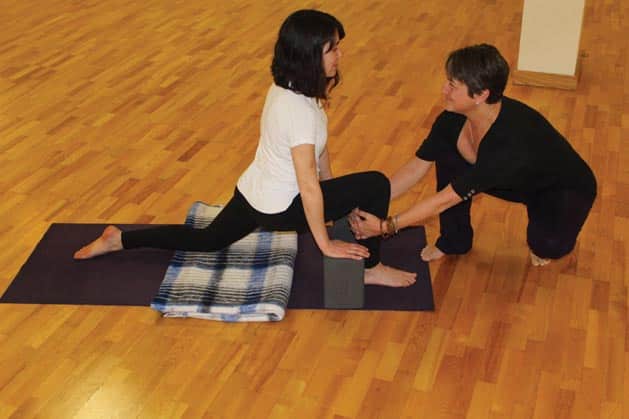 Working one-to-one with a yoga therapist is somewhat like working with a personal trainer who has more than 800-hours of training in yogic techniques and wellness and modern healing modalities.

Yoga Therapy can help improve your function, health and sense of wellbeing by: 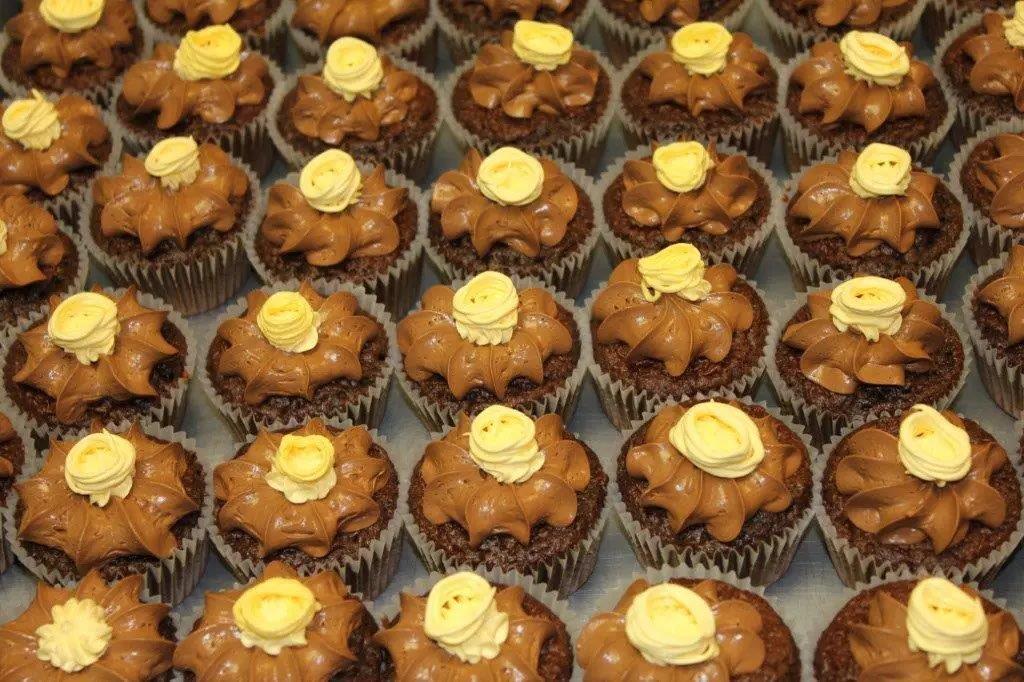 Chef Fred Ortiz and Chef Michael Mason will be making fresh cupcakes at each senior center, for Betty’s Birthday Benefit, 11 a.m. to 1 p.m. Wednesday. Raffle tickets are on sale to win a variety of prizes. Courtesy/LARSO

This is a busy week for the local senior centers, and they invite the community to come out and have some fun.

Today, raffle tickets will be sold for $1 each, through the end of the day Wednesday. The raffle of several items, including art and gift cards is a fundraiser for the annual “Betty’s Birthday Benefit”. This event was a rescheduled May celebration when the Read More

As we move beyond a contentious series of primaries in both parties and look to the fall election, one of the big issues on the fall ballot is the plan to “tap” New Mexico’s permanent fund to provide universal preschool.

For years this has been an agenda item for the State’s left-leaning interest groups. But it only received legislative support with the retirement of Senate Finance Committee Chairman John Arthur Smith.

This November voters will decide whether to: “allocate 1.25 percent of the five-year average of year-end market values of the Read More 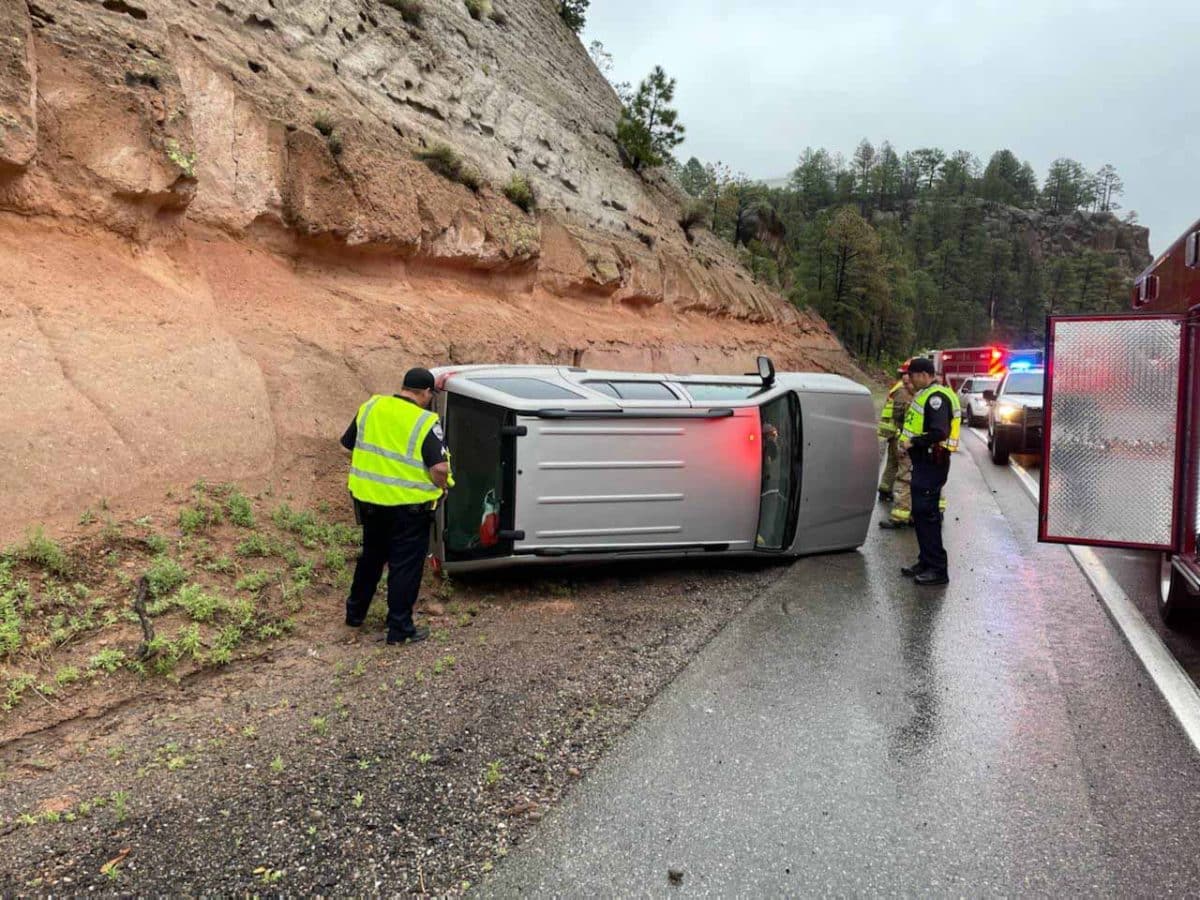 The scene of a single vehicle crash that occurred a short time ago this morning on the Truck Route about one mile east of the Los Alamos Neutron Science Center (LANSCE). Police report no injuries. Los Alamos police are asking motorists to avoid this area and seek alternate routes to allow first responders to clear the scene. Roads around the community are wet and slick due to rain and motorists are urged to slow down and drive with extra caution. Courtesy/LAPD Read More