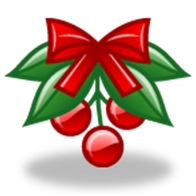 Holly Erickson spoke to students in December to encourage them to participate in the County Science Fair. Photo by Salvador Zapien/ladailypost.com

By CHARMIAN SCHALLER
Special to the Los Alamos Daily Post

It was no surprise that Holly Erickson won the top cash prize given by Kiwanis in the senior division of this year’s Los Alamos County Science Fair—and then went on to be one of the stars at the State Science Fair, where she was chosen to be a competitor in the International Science Fair.

Erickson comes from a dynasty of scientists and Science Fair winners, and her own outstanding ability was more than obvious April 16 when she briefed Los Alamos Kiwanis on her 2013 project.

Her grandfather, long-time Kiwanian George Erickson, was a scientist at Los Alamos National Laboratory for many years before his retirement, and lent his expertise in explosives to the community each summer, helping with the Kiwanis Fourth of July Fireworks.

Erickson, a senior at Los Alamos High School, is the daughter of George Erickson’s son Andy Erickson and his wife Gill Erickson. Andy—who once took a project to the International Science Fair himself—works at LANL today, is a fixture on the firing line at the Fourth of July Fireworks, and has helped, for the last two years, with the Los Alamos County Science Fair.

Erickson’s brother, Ryan Erickson, a former winner of the Kiwanis senior division top award, went on to the International Science Fair and is now at the University of California-San Diego, majoring in electrical engineering. Erickson’s younger sister, Jenna, a student at Los Alamos High School, is the only child in the family who does NOT plan to be a scientist. However, she’s only a sophomore… You never can tell.

This year, she built a prosthetic “hand,” and she will be presenting it soon in her third trip to the International Science Fair. Erickson explained to Kiwanis that, starting with a “plaster cast of my (own) hand,” she set out to build a prosthetic “hand” that would be cheaper and better than those used today. As it stands now, she said, a prosthetic “hand” is a complex combination of mechanical parts. It costs $10,000 to $35,000 to produce.

In her “hand,” however, Erickson, uses such things as Kevlar thread to imitate tendons, and single-walled nanotubes to create “nerves that could provide tactile feedback.” Electrodes on the end of forearm muscles direct movement of the fingers. Her manufacturing plan would make use of a new 3D printer that takes a spool of plastic and shapes it into an object in response to a design document.

Her “hand” is only a skeleton at this point, but she is already looking ahead to ways to make it sensitive to temperature as well as pressure. She’s also thinking about ways to produce “skin.” And Erickson now believes that her work could eventually produce a “hand” that would imitate the flexibility and sensitivity of a real human hand and cost only $500 to make.

Erickson has already received one job offer, but she has a different future mapped out. She plans to go to Clinton University in South Carolina, which has “one of the longest running bioengineering programs in the United States.” She hopes to become an orthopedic surgeon.

Here’s how Erickson described her project in her abstract:

“Current prosthetic limbs are primarily comprised of mechanical parts and gears using traditional subtracting machining and manufacturing. As a result, mobility and many basic functions are limited. Current prosthetic limbs take substantial time to make, are very limited in flexibility, and are mostly hand-made. However, if methods could be developed to create a prosthetic hand using additive manufacturing, the field of biomimetics could be radically transformed. By replicating key aspects of the human hand such as bones, tendons, nerves, skin, etc., (scientists could create a hand in which) there would be no need for traditional mechanical parts, allowing for greater range of motion, function, and appearance.

“Additive manufacturing is a new and upcoming field. Therefore, development of a modified 3D printer that would directly print all of the different materials required for building biomimetic hands could revolutionize the development of custom prosthetics.

“Ultimately, measurement could be taken for a certain person and could be rapidly programmed into the printer, allowing the prosthetic device to be made in just a couple of hours. This new technology for a biomimetic prosthetic could be used in war zones, Third World countries, and even local hospitals. Although this use of additive manufacturing is looked at (in this project) through the perspective of biomimetics, there is virtually no limit to the applications of this new technology.”