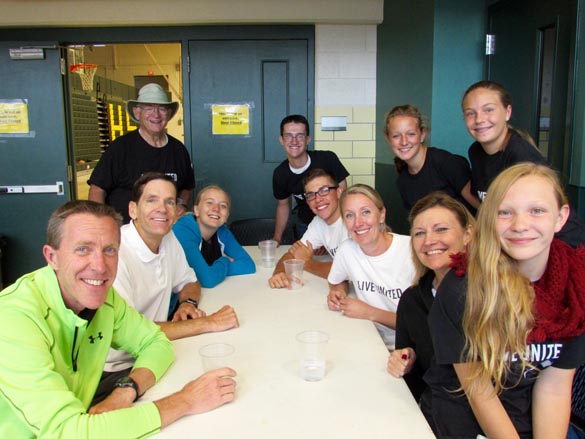 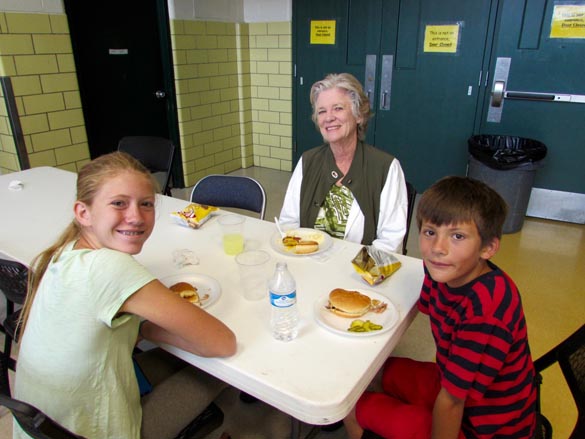 Vince Marciano, a Los Alamos High School junior, is a veteran member of the United Way of Northern New Mexico Youth Team. As a member of the organization’s youth team for three years, Marciano has seen his fair share of Dinner of Diamond fundraisers; the event where diners are seated in the overpass over the street and are able to enjoy a meal in the open air.

Still, this year was the first time Marciano took the reigns as the fundraiser’s producer.

“It was a good experience,” he said, “and it was something to learn from for next year.”

Marciano and his fellow team members certainly learned how to deal with obstacles this year. An afternoon thunderstorm Sunday forced volunteers to relocate the dinner to the lobby of Griffith Gymnasium. Despite the weather and the last-minute venue change, it was estimated between 30-40 people showed up for dinner.

“People came out and ate,” UWNNM Executive Director Kristy Ortega said, adding that participants’ willingness to be adaptive to the sudden change in location was greatly appreciated.

“The kids were extremely polite in 2014 and again this year. I was very happy with the type of kids who volunteered,” he said.

Marciano commented that this year’s event allowed him to come full circle in his time with United Way.

The youth team is planning several other fundraisers as part of the United of Northern New Mexico’s annual fundraising campaign. The next event is Taste the Sky, 4-7 p.m. Sept. 24 at Los Alamos County Airport. Participants will be able to eat dinner provided by Secret City Kitchen amongst the hangars and airplanes. 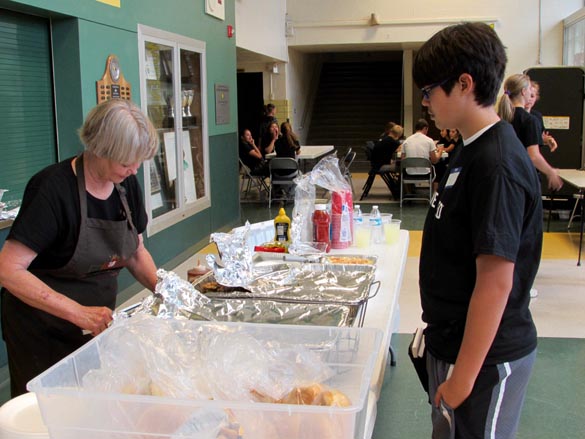 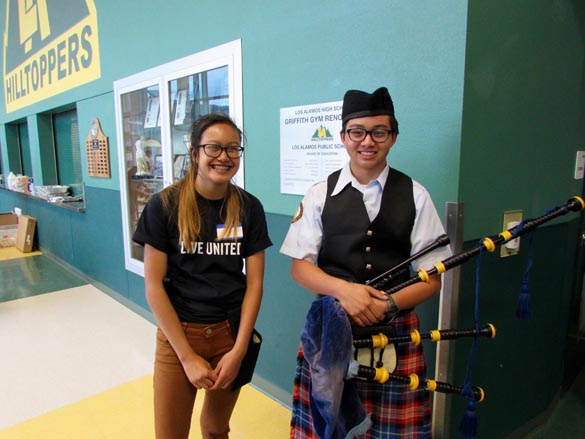 UWNNM Youth Team Member Natalie Aulwes with her brother Ethan who serenaded diners with his bagpipes. Photo by Kirsten Laskey/ladailypost.com 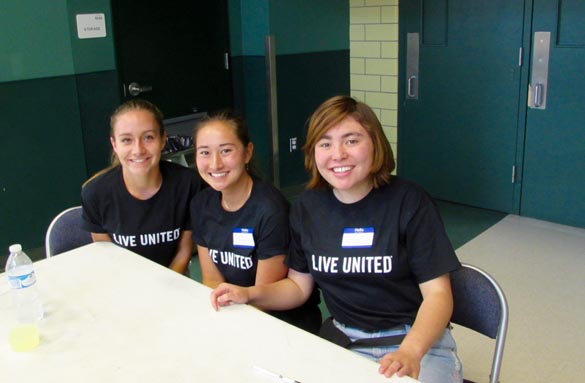 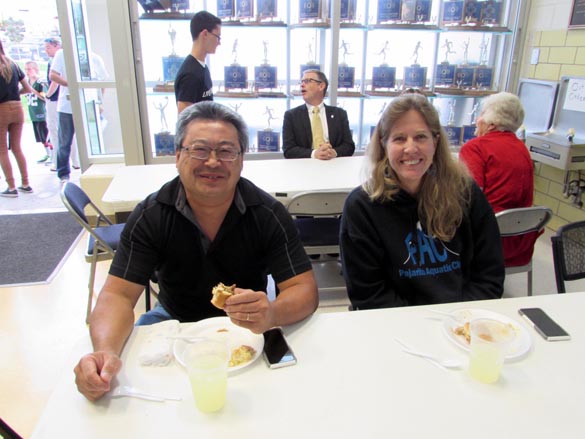 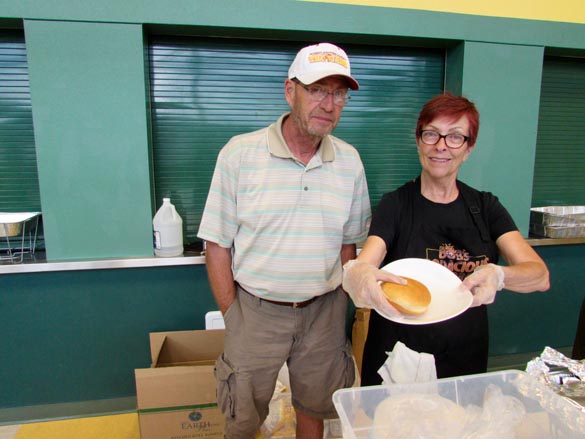