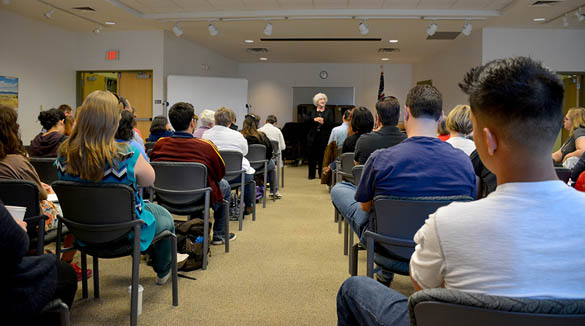 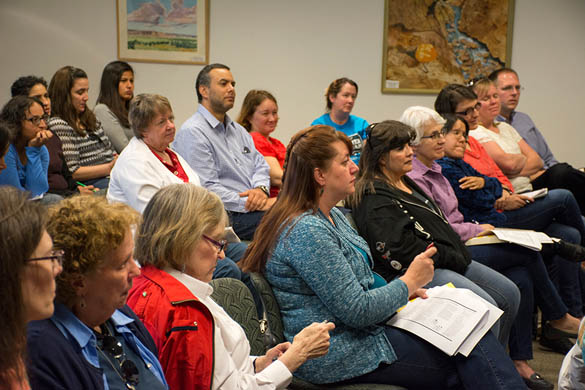 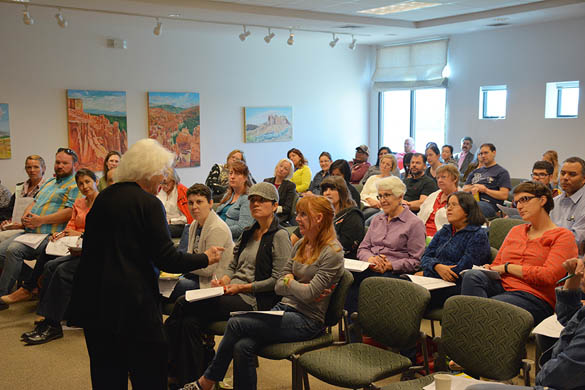 Barbara Coloroso engages the audience with her humor and real life examples. Photo by Nancy Coombs/UNM-LA
UNM-LA News:
UNM-Los Alamos (UNM-LA) and the Juvenile Justice Advisory Board (JJAB) brought bestselling author Barbara Coloroso for a return engagement March 18 at Parenting University.
Parents, grandparents, school district personnel and other community members listened attentively and asked questions during the Saturday morning session, enjoying refreshments catered by UNM-LA’s campus vendor, Secret City Kitchen beforehand and during the break.
Coloroso’s presentation on the dynamics of “The Bully, the Bullied, and the Not-So-Innocent Bystander” began with an overview of parenting styles and then moved on to an explanation of how to differentiate between “bullying” and “teasing.”
According to Coloroso, “Bullying is about getting pleasure from someone else’s pain; from isolating them, verbally tormenting them or physically assaulting them.”
She identified many different forms of bullying, from rolling eyes as a message of disdain to the shunning and exclusion of the sibling. Parents need to recognize when sibling rivalry crosses the line into bullying.
Further identifying the players in the bullying cycle as the bully, the target, henchmen, active supporters, passive supporters, disengaged onlookers, potential defenders and the brave-hearted, Coloroso stated the brave-hearted, “is the person I want your child to be in a bullying situation.”
This person stands up to the bully and defends the target. All other players are party, to some extent, to the act of bullying. “In a cyber-bullying instance, individuals who view an image or video online are guilty of participating in the incident,” said Coloroso.
UNM-LA and JJAB began Parenting University in 2014, and now provide free workshops once in the spring and once in the fall. Free childcare has been available during the Saturday morning workshops. This year a total of 54 adults, 15 onsite enrichment students and 11 preschoolers at The Ark Child Development Center benefitted from the event on Saturday. Once again, Zia Credit Union funded the childcare for preschoolers.
“We look forward to continuing our partnership with JJAB to bring these valuable, timely workshops to the community,” said Gabe Baca, program manager for Community Education.
UNM-LA CEO Dr. Cindy Rooney added, “UNM-LA is proud to be involved with this event. We are fortunate to live in a place where people and organizations come together to serve the needs of the community.”
For more information about UNM-LA, visit http://losalamos.unm.edu. For more information about JJAB, visit https://www.losalamosjjab.com/ 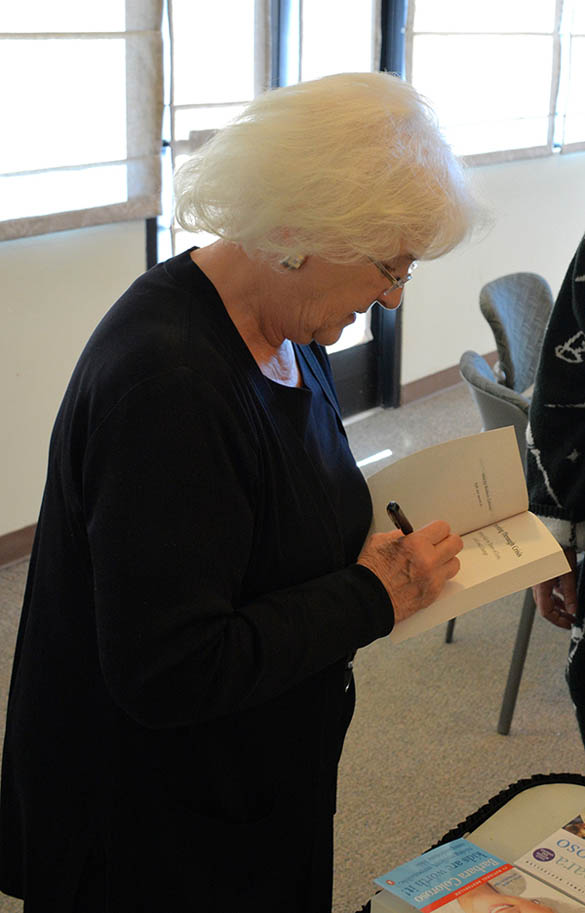