Shakespeare At Palace Of Governors Feb. 5-28 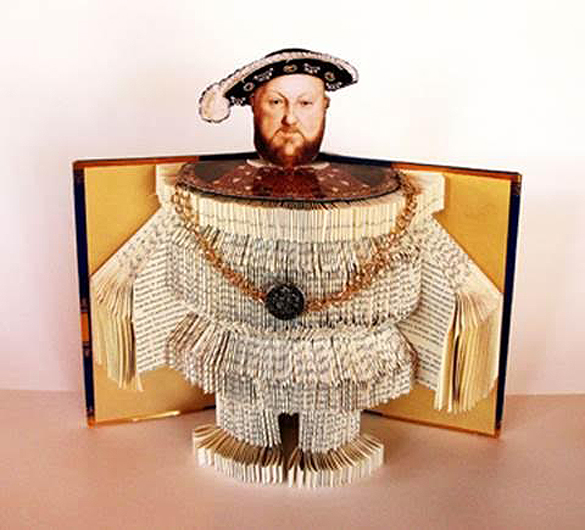 Courtesy/NMHM
NMHM News:
SANTA FE — Where would we be without the printing press? We certainly wouldn’t have Shakespeare, or the thousands of editions of his plays produced over the last four centuries.
Not a bad run for one of the most mysterious playwrights in history.
Feb. 5-28, the Palace Press at the New Mexico History Museum presents a special exhibition in collaboration with the New Mexico Museum of Art’s First Folio! The Book that Gave Us Shakespeare.
In The Book’s the Thing: Shakespeare from Stage to Page, award-winning Palace Press printers Tom Leech and James Bourland will mount a multi-part exhibit with a hands-on twist: The printers will print facsimiles of a First Folio page using a replica “Gutenberg” wooden hand press.
Visitors will be able to make their own prints for a take-home treat. Printing sessions will be scheduled daily, with times to be announced soon. In addition, Leech has worked with Shakespeare scholar Robin Williams to curate creations by members of the Santa Fe Book Arts Group.
Winning entries showcase 15 contemporary handmade artist books inspired by the works of Shakespeare. (That’s Will Karp’s “Henry VIII” above.) The walls of the gallery will also feature a collaboration between Leech and internationally known calligrapher Patricia Musick.
Leech’s handmade, marbled paper (embedded with recycled pages of Hamlet) provides a surface for Musick’s hand-calligraphed quotes from Hamlet, Prince of Denmark.
The artists successfully demonstrated similar works for past exhibits based on Romeo and Juliet, Love’s Labour’s Lost and The Tempest. See here for examples.
Finally, a selection of items ranging from cigar labels and playing cards to rare books will reveal examples of how Shakespeare’s works have been published and interpreted by artists over time. The exhibition takes over a previous storage space in the east end of the Palace of the Governors, with an entrance from the courtyard.
It’s a fitting locale, given that the Palace began construction in 1610, six years before Shakespeare’s death. And in Act 3, Scene 2, of Twelfth Night, Maria references the European continent’s growing awareness of the Spanish Indies (including New Mexico), when she says: “He does smile his face into more lines than is in the new map with the augmentation of the Indies.”
Menu
Los Alamos
39°
Partly Cloudy
7:03am4:51pm MST
Feels like: 37°F
Wind: 5mph W
Humidity: 48%
Pressure: 30.07"Hg
UV index: 0
WedThuFri
50/32°F
48/34°F
39/12°F
Weather forecast Los Alamos, New Mexico ▸