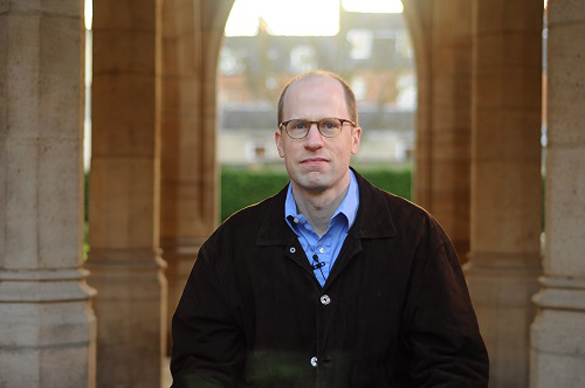 Prof. Nick Bostrom of Oxford University. Courtesy photo
SAR News:
SANTA FE ― Best-selling author and TED speaker, Dr. Nick Bostrom asks “Can We Reshape Humanity’s Deep Future?” at 2 p.m., Sunday, June 7 at the James A. Little Theater.
Presented by The School for Advanced Research (SAR), Bostrom asks us to reimagine the future of mankind and the consequences of our current intellectual and scientific paths. If we want to mindfully shape the long-term consequences of our actions, we must consider how they will affect the complicated dynamics that shape the future.
In this context, Bostrom will discuss the concept of existential risk—the question of whether an adverse outcome would end intelligent life or drastically curtail its potential for a viable future. Are there future paths that promise to reduce existential risk even slightly? But discovering those paths raises an array of issues: the analysis of future technology and its capabilities, anthropics (the idea that observations of the physical universe must be compatible with the conscious and intelligent life that observes it), population ethics, human enhancement ethics, and game theory.
Bostrom is the author of Superintelligence: Paths, Dangers, Strategies, which argues that the first artificially created superintelligence may shape the future of terrestrial life, and not for the good of mankind. “If we now reflect that human beings consist of useful resources … we can see that the outcome could easily be one in which humanity quickly becomes extinct,” he writes.
Tickets for the June 7, 2 p.m. lecture are $10; $25 includes the lecture and post-lecture reception/book signing on the SAR campus.
Prices do not include purchase of the book, limited quantities of which will be for sale at the lecture and reception. Membership incentives will also be available at the door: $50 for lecture, reception/book signing, and Arroyo Hondo level membership to SAR; $80 for lecture, reception/book signing, and Pecos level membership. More information and tickets at http://sarweb.org/.
About Nick Bostrom:
Nick Bostrom (http://www.nickbostrom.com/) is Professor in the Faculty of Philosophy at Oxford University. He is the founding director of the Future of Humanity Institute, a multidisciplinary research center that enables a few exceptional mathematicians, philosophers, and scientists to think carefully about global priorities and big questions for humanity.
He is the recipient of a Eugene R. Gannon Award and has been listed on Foreign Policy’s Top 100 Global Thinkers list. He was included on Prospect magazine’s World Thinkers list, the youngest person in the top 15 from all fields and the highest-ranked analytic philosopher. His writings have been translated into 24 languages.
Bostrom’s background includes physics, computational neuroscience, and mathematical logic as well as philosophy. He is the author of some 200 publications, including Anthropic Bias (Routledge, 2002), Global Catastrophic Risks (ed., OUP, 2008), Human Enhancement (ed., OUP, 2009), and Superintelligence: Paths, Dangers, Strategies (OUP, 2014), a New York Times bestseller. He is best known for his work in five areas: existential risk; the simulation argument; anthropics; impacts of future technology; and implications of consequentialism for global strategy.
Here are links that will introduce you to Bostrom’s talks and the theme of existential risk and humanity’s deep future:
About the School for Advanced Research (SAR):
The School for Advanced Research has supported innovative social science research and Native American artistic creativity for more than a century. Since SAR began offering fellowships in 1972, the school has funded the work of more than 345 SAR scholars and artists, among whose ranks are six MacArthur Fellows and 18 Guggenheim Fellows. Join SAR in Santa Fe for insightful lectures or a tour of the School’s historic campus. Follow the work of resident scholars and Native American artists at www.sarsf.org.
Menu
Los Alamos
34°
Clear
6:53am4:52pm MST
Feels like: 27°F
Wind: 9mph N
Humidity: 34%
Pressure: 30.07"Hg
UV index: 0
SunMonTue
54/34°F
57/34°F
55/32°F
Weather forecast Los Alamos, New Mexico ▸