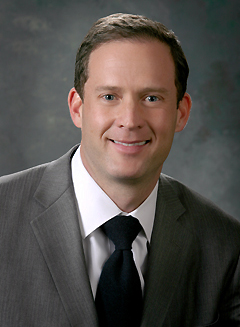 Rep. Nate Gentry
STATE News:
SANTA FE ― Rep. Nate Gentry pre-filed “Jaydon’s Law,” legislation to ensure judges have access to the full criminal histories of violent offenders.
Current law prohibits judges from considering the juvenile record of an adult offender during bond and sentencing decisions. Jaydon’s Law would change the Criminal Procedure Act to allow judges to review an adult defendant’s prior record as a youth offender.
It will also give judges access to other information, such as evidence presented during past hearings for youth offenses.
The bill would not apply to juvenile offenses committed prior to the age of 14 or to juvenile delinquent offenses.
It is targeted specifically at older juveniles found guilty of committing serious violent youth offenses such as second degree murder, aggravated battery, and rape.
“Some criminal defendants have committed multiple violent crimes as juveniles. Currently, judges don’t have access to these records,” Gentry said. “Jaydon’s law would allow judges to view a defendant’s full violent criminal history when making sentencing and pre-trial release decisions. Passage of this bill will keep violent repeat offenders off our streets.”
The bill is named for Jaydon Chavez-Silver, an Albuquerque teen who was gunned down during a drive-by shooting while he was attending a house party.
Nicole Chavez, the mother of Jaydon Chavez-Silver, issued the following statement on Gentry’s bill:
“I would like to thank Representative Nate Gentry for pushing positive changes in order to have a safer state to live in. Jaydon’s Law will give judges a true view of the offenders entire criminal history regarding violent crimes. This bill will allow judges to have the entire picture when making important decisions and help keep violent criminals off of our streets. I will never have Jaydon back, but Jaydon’s Law helps leave a great legacy behind regarding positive changes to the State of New Mexico in his name.”
Menu
Los Alamos
36°
Clear
7:00am4:51pm MST
Feels like: 36°F
Wind: 0mph ENE
Humidity: 55%
Pressure: 30.2"Hg
UV index: 0
SunMonTue
55/28°F
48/34°F
46/28°F
Weather forecast Los Alamos, New Mexico ▸