Prepare for Upcoming Transit of Venus with PEEC 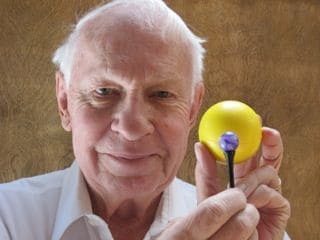 At 7 p.m., Thursday May 24, local scientist Paul Mutschlecner will give a talk at PEEC about the upcoming transit of Venus across the sun.

The talk is free and open to the public, and no registration is required.

And starting at 4 p.m., Tuesday June 5, PEEC will have a telescope available at the Center, at 3540 Orange St., for anyone interested in watching the transit.

On June 5, there will be a rare “transit of Venus” when the planet comes so precisely between the sun and the earth that its image can be seen crossing the solar disk.

The transit of Venus in June is the second of two that have occurred in the last eight years, but the next one won’t happen until 105 years from now.

Part of the transit will be visible in Los Alamos and Mutschlecner’s talk will discuss how and when to see it.

In addition, the talk will go over the reason transits have been important astronomically in the past, and will cover historical expeditions around the world to observe transits of Venus.

This is a preview of a talk Mutschlecner be giving on a tour of the big island of Hawaii on the day before the transit.

One of the places to view the transit will be at PEEC. Chick Keller will have a telescope set up starting at 4 p.m., June 5 at the Nature Center.

Visitors are welcome to come any time between 4 p.m. and sunset to see the transit.

Keller was Mutschlecner’s first graduate student at Indiana University, and is an astrophysicist who directed the IGPP (Institute of Geophysics and Planetary Physics) at LANL for many years.

Both events are free and open to the public. Find more information at www.PajaritoEEC.org, by calling 662-0460, or emailing Programs@PajaritoEEC.org.