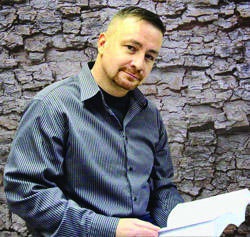 When God raised up his servant, he sent him first to you to bless you by turning each of you from your wicked ways. Acts 3:26

There have been times in my life when I felt as if some of the things that I had done were so horrible that even God could not forgive me. I’m sure I’m not the only person who has felt this way.

I’m sure of this because I have heard others express the same sentiment—that some actions even God cannot forgive. While it is true that we live in a world that generally believes some things are not only unforgiveable, but should be unforgivable, I have since learned that it’s unfair to project that same mentality upon God. In fact, this scripture reveals something very different—very unexpected.

In Acts chapter three, Peter addressed the Jews at the temple after performing a miracle and healing a lame man (1-10). Amazed at the sight of this man walking, the people quickly gathered around Peter and John (11-12), perhaps hoping to witness another miracle. Instead of healing others, Peter shares something unexpected about God’s love. He speaks truth about evil deeds, but more importantly, offers a real hope that should bring joy to anyone who feels as if they have gone too far into the darkness to ever see light.

Peter addresses the Jews and reminds them of the horrible sin that they have committed:

The God of Abraham, Isaac and Jacob, the God of our fathers, has glorified his servant Jesus. You handed him over to be killed, and you disowned him before Pilate, though he had decided to let him go. You disowned the Holy and Righteous One and asked that a murderer be released to you. You killed the author of life, but God raised him from the dead. We are witnesses of this. (Acts 3:13-15 NIV, emphasis added)

Peter lets the people know that they chose a murderer over the very Author of Life. They are responsible for the murder of Jesus. These people, who were supposed to be the people of Yahweh, betrayed Him and crucified Him in hatred and fear. Betrayal, hatred, and violence against the innocent are some of the most horrendous acts of evil in our world. If we judge violence, done in hatred, and against the innocent to be the most atrocious, what does that say about violence against God?

Jesus was betrayed by those He came to save. There is none that has ever existed that is more innocent than God Himself. By this world’s very standards, this should be unforgivable. But God is not like man. He is, after all, God.

Jesus is the Creator. He is the Messiah. He is the Savior. He is absolute holiness. He is perfect love. There is no act that any person has ever committed that is so atrocious and evil as the betrayal and murder of Jesus. Yet Peter tells the guilty party, “When God raised up his servant, he sent him first to you to bless you by turning each of you from your wicked ways.” Did you catch what happened? God not only offered forgiveness to them, but He even offered it to them first!

I struggled early on in my walk with God, because I carried a lot of baggage around with me. I wanted to be right with God, but I felt as if some of my past could not be forgiven. Because of this, I struggled with hope and with finding real joy in my “salvation”.  I wonder how many feel this way.

I am still humbled that God would forgive me of every sin, but I no longer doubt His grace. Instead, I submit to it. I realize that I am not perfect and, as such, I cannot perfectly condemn anyone, including myself. God is perfect, He knows every situation and every act. Yet He will still forgive us even when it seems impossible.

I walk joyously with God because He desires to make me into a better human being, regardless of my past. Find joy in the truth that God offers you forgiveness and desires to make you a blessing into the world.