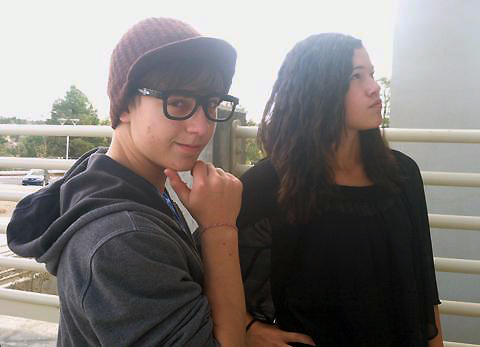 The Olions have decades of history at Los Alamos High. This fall the thespian club is presenting a play, Musical Comedy Murders of 1940’s and it is happening this coming weekend.

All five performances are in the new Black Box – third floor of the new LAHS building.

Interviewing some of the cast members I asked them a little about the musical comedy and their part in it. Charlie Herman a sophomore and Haley Henson a junior graciously answered my questions, but before I could ask anything they both exclaimed, “It’s not a musical!”

I asked them why the word musical was in the title, Henson replied, “Well the play is centered around a bunch of people coming together in this one house to make a musical pretty much or to get a sponsor to make a musical from this wealthy woman who owns the house. That is basically the reason for the title having musical in it.”

The LAHS Olions practiced a lot for the public’s entertainment. In fact, four days a week for three hours and on Hell Week the night practices last a lot longer.

Of note, this play has some hidden mature content, comedic relief, and is somewhat scary, but fun for the whole family to enjoy, depending on what the parents allow their children to see.

This play is not performed frequently or in many places, so take the opportunity to watch the drama and the non-singing actors in their fall feature, Musical Comedy Murders of 1940’s. See you there!