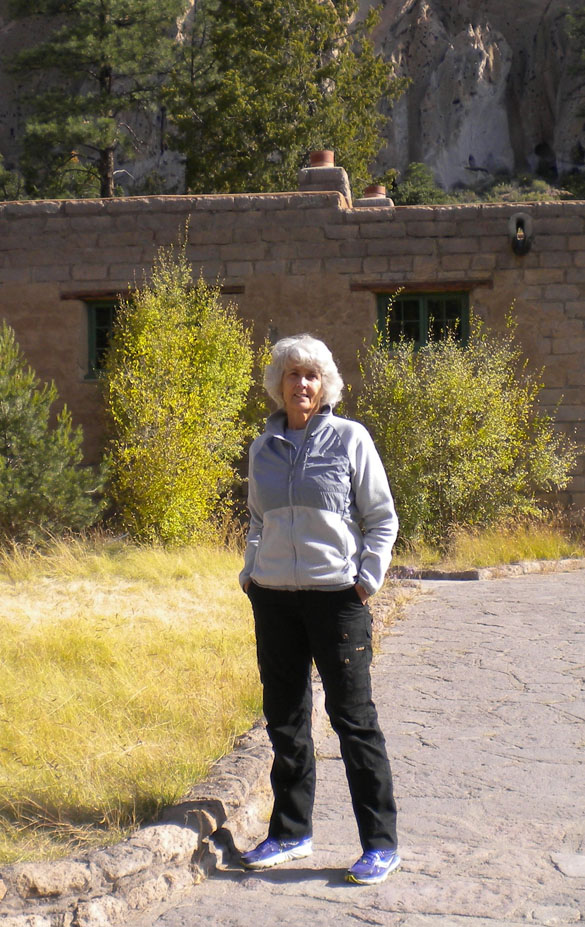 Bandelier October Artist in Residence Irene Owsley. Courtesy photo
NPS News:
As the leaves and seasons change, things at Bandelier National Monument are also moving from summer to fall.
Sunday, Oct. 16, the Bandelier Visitor Center hours changed to 9 a.m. to 5 p.m. and the last day for the Atomic City Transit shuttles was Tuesday, Oct. 18. From now until until the buses resume in late spring, visitors are welcome to drive in to the Bandelier Visitor Center parking lot throughout the day. Also, the White Rock Visitor Center hours are now 10 a.m. to 2 p.m. until spring.
The Centennial celebrations for Bandelier and the National Park Service continue into the fall. Today is the anniversary of the establishment of the Bandelier Wilderness, and there will be a backcountry hike led by the head of the park Trails program. The hike will be moderate to strenuous, 8-10 miles, and take about 8 hours.
Numbers are limited so signups are required; those interested should call the Bandelier Visitor Center at 505.672.3861 x 517.
The park’s new Artist in Residence is Irene Owsley, a professional photographer who specializes in travel and the outdoors. Her work has appeared in such magazines as Sierra, National Parks, Earthwatch and Canoe & Kayak, as well as in publications of the National Forest Foundation, The Wilderness Society, The Potomac Conservancy and the Natural Resources Defense Council.
As she says of her art, “My preferred format is the panoramic image, made from stitching several single vertical images together in Photoshop. While in Bandelier I will be making large panoramas of the park and juxtaposing those with more intimate images of the evidence of human occupation.” Owsley calls herself a “fairly new” resident of Santa Fe, having moved there two years ago from Washington, D.C.
Later in the fall, upcoming events include a Fee Free Day – no entry fees – on Veterans Day, Nov. 11, and Winter Solstice Sunrise and Sunset walks Wednesday, Dec. 21.
For more information on Bandelier National Monument, check the website at www.nps.gov/band. The park also has a Facebook page, BandelierNPS. 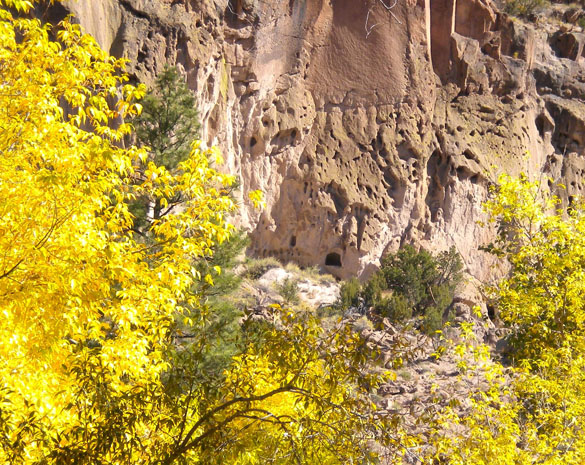