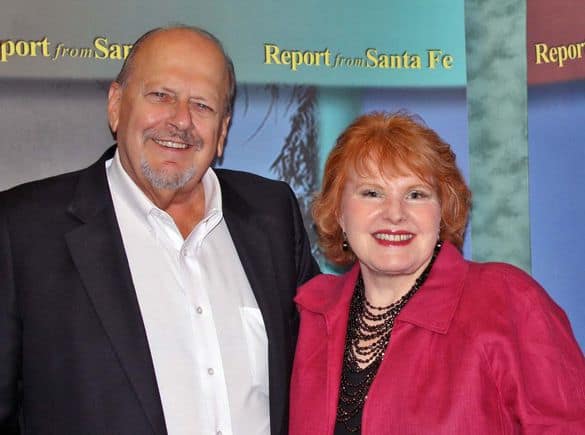 The Municipal League is an association of all the municipalities in the state, representing mayors, councilors, chiefs of police, the fire chiefs, the librarians, the county clerks – all of the municipal officials. Municipal issues are important because two-thirds of the population in New Mexico lives in incorporated municipalities!

Fulginiti examines the effect the economic downturn has had on New Mexico’s cities, revealing that public sector employment has decreased by 6800 jobs over the last 3 years.

He discusses the national trend of bankruptcies among cities, and explains what the gross receipts claw back by the New Mexico Taxation and Revenue Department is doing to communities like Santa Rosa, Jemez Springs, and Grants.

REPORT FROM SANTA FE explores the history of the food tax in New Mexico, and explains the recent legislative battle on tax pyramiding. Fulginiti discusses the use of eminent domain nationally to fight the toxic effect of foreclosures on cities, and also provides insight into the problems at the New Mexico Finance Authority, where he serves as Vice-Chair.

“Go to city hall, go to the city council meetings, and participate. You know governance is not just those people sitting on that city council. Governance is the people working with them, together, to make it work for their cities,” said Bill Fulginiti

Hosted by veteran journalist and interviewer, Lorene Mills, REPORT FROM SANTA FE brings the very best of the esteemed, beloved, controversial, famous and emergent minds and voices of the day to a weekly audience that spans the state of New Mexico and has  served as a window on what makes Santa Fe and the State of New Mexico truly unique.

During nearly 40 years on the air, Lorene Mills and REPORT FROM SANTA FE have given viewers a unique opportunity to become part of a series of remarkable conversations – always thoughtful and engaging, often surprising – held in a warm and civil atmosphere.

Gifted with a quiet intelligence and genuine grace, Lorene Mills draws guests as diverse as Valerie Plame, Alan Arkin, Jane Goodall, Gore Vidal, Isabel Allende, and Stewart Udall along with a who’s who of New Mexico politics, into easy and open exchange, with plenty of room and welcome for wit, authenticity, and candor. Mills’ ability to elicit the true thoughts and nature of her guests is legendary.  Lorene Mills and REPORT FROM SANTA FE is committed to offering New Mexico viewers – and listeners – yet another decade of wonderfully unique voices and viewpoints.

REPORT FROM SANTA FE airs on all three PBS stations across New Mexico.