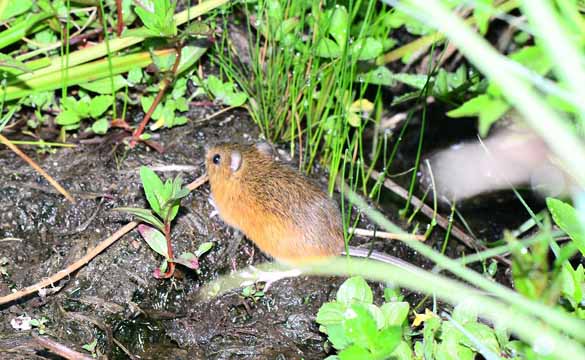 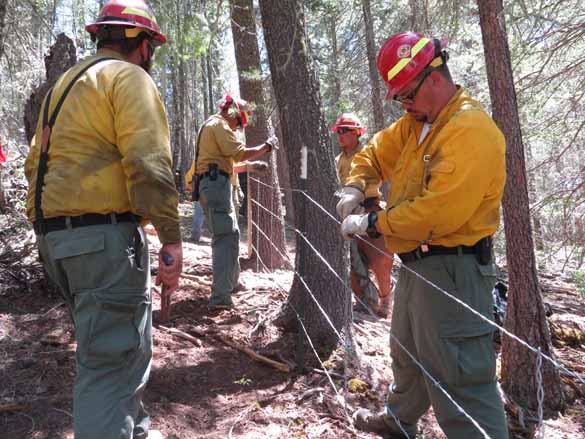 Fire staff help erect fence to protect New Mexico meadow jumping mouse habitat. Courtesy/USDA Forest Service
SFNF News:
SANTA FE ― While Forest Service crews were constructing a fence to protect critical habitat for the endangered New Mexico meadow jumping mouse, a 10-person team of researchers from Northern Arizona University (NAU) confirmed that the Santa Fe National Forest (SFNF) is home to the species.
Wildlife ecologist and NAU School of Forestry professor Carol Chambers, Ph.D., and her crew surveyed 10 sites in or near suitable habitat for the mouse and confirmed its presence in eight of the 10. Dr. Chambers’ team used Sherman traps, which are box-style traps used for live capture and release, as well as videography and track plates that capture mouse footprints to confirm its presence. The team also conducted detailed habitat assessments, including vegetation and stream and soil characteristics, and collected hair and fecal samples from the mice to conduct an analysis of their diet.
Simultaneously, about 50 SFNF employees, students working on Youth Conservation Corps (YCC) crews and a handful of people representing the permittees on the Cebolla-San Antonio allotment joined forces over three days to construct 2.8 miles of fence in the Road Pasture. The new Road Pasture fence, approved as part of the May 2016 habitat protection project for the mouse, will help keep cattle out of designated critical habitat for the New Mexico meadow jumping mouse.
“While we have obligations under the Endangered Species Act for the conservation of the mouse, we also understand that the ranching tradition runs deep in New Mexico. Our intent is to protect the mouse while continuing to allow grazing on the impacted allotments,” Forest Supervisor Maria T. Garcia said. “We appreciate the help of all our partners, particularly the grazing permittees, for working with us to achieve that multi-use objective.”
The Road Pasture fence project is the first of several approved in the final Decision Notice and Finding of No Significant Impact (FONSI) signed May 28, 2016.  Other measures include new fences in additional pastures and new cattle guards.
The New Mexico meadow jumping mouse was listed as an endangered species by the U.S. Fish and Wildlife Service in 2014. The species requires tall, dense riparian vegetation during its short summer active season when it breeds and rears its young and stores fat reserves for its long hibernation.
The SFNF is developing a long-term conservation strategy to support the recovery of the New Mexico meadow jumping mouse, which will be informed by the best available science, including field surveys of the species over the next five years, ongoing habitat assessments and monitoring of conditions in designated habitat. 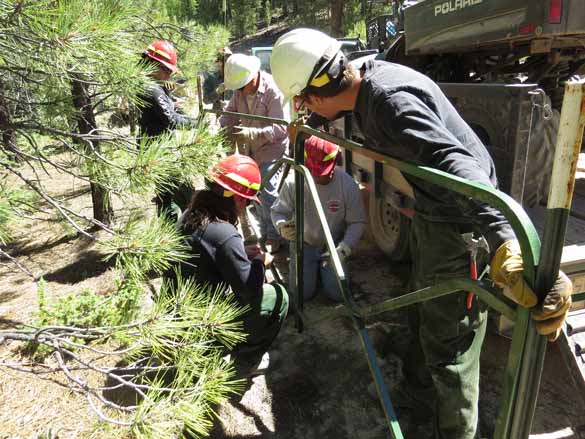 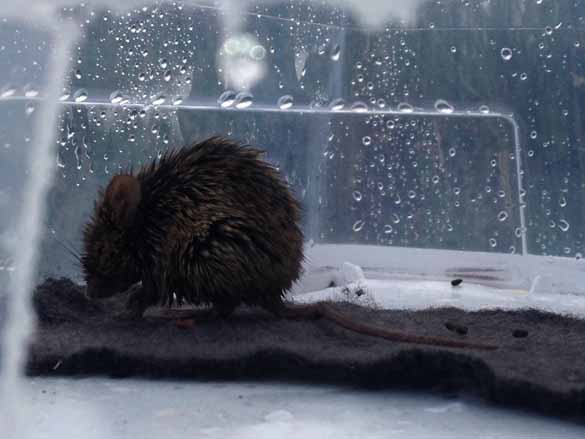