McQuiston: Why Do My Car Insurance Rates Go Up Even If I Don’t Have An Accident? 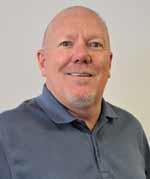 By ALLEN MCQUISTON
The Jemez Agency
I get asked this question a lot. I feel how frustrated people get when they open their mail and see their insurance premiums have gone up. Good drivers, without tickets and accidents. Nothing changed, except of course, for the insurance premiums they must pay. And more good news. Rates may be going up industry wide again in 2017.
First, let me address how and why your rates go up even when you don’t have an accident. Insurance is risk sharing. This means you and a million other people give your money to company A. People have accidents and company A has to pay for those accidents. Last year on average, 80% of your insurance premiums went to pay for claims.
On top of that, an additional 25% went to pay overhead. That means that for every $100 an insurance company took in, it paid out $105. So the next year the insurance company raises rates to not only compensate for what they lost the first year, but also to avoid a loss in the second year. But rate increases don’t affect everyone the same. I use the example of concentric circles.
The most impactful factor in your insurance rates is you. If you have accidents, more likely than not, your rates will go up. The next rings in the concentric circles involve geography. If your insurance company experiences higher than expected losses in your zip code, your rates will go up. Not as much as if you have an accident, but you will see a change in rates. Then if your county or state has higher than expected insurance losses, that will affect your insurance rates as well. After that, how well your insurance company’s’ loss experience is regionally and nationally will have an affect on the premiums you pay.
As I said earlier, insurance is risk sharing. If you have an accident, your insurance company doesn’t limit the amount of money they will pay out on your behalf to the premiums you have paid to that insurance company. It is only limited to the amount of coverage your policy provides. A case in point. I have a client who changed his insurance from company A to company B. Two months after the change in companies, he was involved in a pretty bad accident.
Claims are expected to finalize in the $75,000 range. He has paid a little over $1000 for his insurance premium to his new company. Where does the other $74,000 come from? Other policy holders premiums with that insurance company. And do think his insurance rates will go up $74,000 next year. Of course not. All of the policy holders in his insurance company’s concentric circles may see some premium changes.
That gives you a simple explanation of why insurance rates always seem to go up, but let me also give you some facts I discovered while researching for this article.
3.148 trillion miles were driven in 2015. That’s a 3.5% increase over 2014 — the largest annual increase in 25 years.
More miles driven equals more cars on the road which leads to a higher probability of accidents.
Traffic deaths decreased 22% from 2000 through 2014. Estimations for 2015 show a 7.7% increase over 2014.
You read that correctly. After a steady 14-year decline, traffic deaths jumped. Which has led to an increase in accident severity. Which means the claims are more costly.
The average cost of bodily injury claims rose 32.1% between 2005 and 2013.
The cost of medical care is  rising. Nothing stunning there except those costs get passed onto you the consumer in form of more expensive insurance.
The U.S. set a new car sales record of just under 17.5 million vehicles in 2015, up 5.7 percent from the year before.
New vehicles are more costly to repair because a) new cars cost more to repair than older cars and b) they include more technology like sensors and backup cameras. A few years ago, there were only a few cars with these safety features on the road, now they’re becoming standard.
With the improving economy and lower gas prices, more people are choosing to drive.  But these drivers are  more distracted than ever. The National Safety Council estimates that one in four car crashes involves cell phone use. 70% of drivers admitted they talk on a cell phone while driving and 42% said they read texts or emails while driving. Scary thoughts. And it’s not just young drivers driving distracted. Think about your cell phone going off and if you glance down to see who is calling or texting. I know I am guilty of that.
The best advise I can offer on the cost of increasing insurance premiums is to talk to your insurance professional about your policy and make sure your policy is properly rated for how you use your vehicle. Also ask about any discounts your company is now offering that maybe weren’t offered in the past.
Menu
LOS ALAMOS