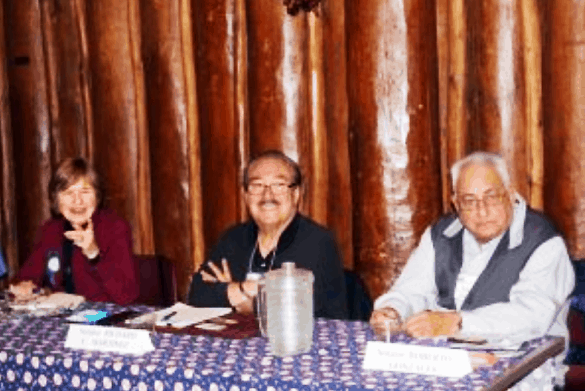 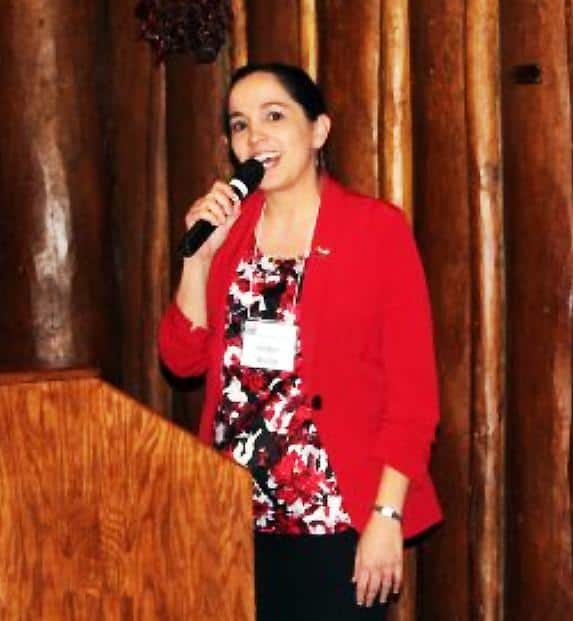 The three New Mexico state legislators who represent Los Alamos spoke at a Legislative Preview presented by the League of Women Voters and the American Association of University Women Jan. 9 at Fuller Lodge.

Gonzales was appointed to the seat in December by Gov. Michelle Lujan Grisham after Sen. Carlos Cisneros died. Gonzales formerly served in the House of Representatives for District 42. All of these legislators are Democrats.

Chandler was elected in 2018. The upcoming legislative session will be her second. Lujan Grisham was elected at the same time, replacing Republican Gov. Susana Martinez. Both the House and the Senate have Democratic majorities. All the speakers stressed the need to find revenue to fund important Democratic priorities such as early childhood education.

“Last year was a good year,” Chandler said. “We had a partner in the governor’s office who wanted to work with us.”

Chandler said 2019 was an especially good year for grades K-12 at the state’s public schools. The legislature passed a 6 percent raise for teachers, which was sorely needed, but had an unintended consequence, she said.

“We didn’t plan well enough for the schools to absorb the increased costs,” Chandler said. “We have to keep working and making adjustments.”

Chandler foresees a proposal of an additional 4 percent raise for teachers and 3 percent for other school staff in the 2020 session. The 2 percent raise given to higher education employees last year was not enough and that needs to be addressed, she said.

The Work and Save Act would facilitate access to IRA accounts for New Mexicans.

The governor voiced support for extreme-risk protection order legislation passed by the house last year and has placed it on her “on call” agenda for this session, Chandler said. The measure would allow household members and law enforcement officers to ask a court for an order – attesting to the urgent need for it under oath – to temporarily take weapons and ammunition from someone who is making violent threats against himself or others. Other issues that may come up are marijuana legalization, promotion of solar power and free college, she said.

Martinez stressed that the number one priority in any short session is the budget.

“I think 30 day sessions should be limited to budget bills,” he said.

Surplus income from oil and gas allowed funding for education to be increased 18.6 percent last session, but “it won’t last forever,” Martinez said. He expects funding for education to increase $7.7 billion to $8 billion this year. Education makes up more than half of the state budget. Making public college free and funding early childhood education will require funding that must be found if these plans can go forward, he said.

Martinez feels the governor and the legislature are “not that far apart” on the 2020 budget.

Martinez said he sponsored 16 or 17 bills last session, 14 of which got signed. He promised residents that he will look into state funding for a parking structure in downtown Los Alamos.

Gonzales served in the House for 25 years. This will be his first year in the Senate.

“I spend 70 percent of my time on taxes and the budget,” Gonzales said. “You can’t spend money if you don’t have money.”

Gonzales predicted a drop in oil and gas revenues this year because many new wells were built last year and production decreases each year as wells age. He hopes the state’s bond rating can be improved, which would help to offset some of the revenue drop.

Expansion of the state’s small airports, improvement of the state’s infrastructure and improved security at public schools are important priorities for Gonzales.

When asked about a gas tax to fund highway improvements, Gonzales said he supported the idea, but expressed frustration with moving it forward.

“We’ve had a gas tax bill every year for the past 10 years, but we can’t get it out of committee,” he said.

Martinez and Chandler also support looking into a gas tax.

“I feel very strongly we need to look at all the options, including a gas tax,” Chandler said.

With New Mexico ranked dead last in overall child welfare, New Mexico Voices for Children has its work cut out for it, Walin said. The organization came to the realization that it needed to focus more on how to fund the improvements it supports, she said.

“We’ve become experts on how you pay for things,” Walin said.

Reliance on unstable sources of revenue, such as oil and gas, rather than on reform of New Mexico’s regressive tax system puts child welfare at the mercy of downturns in profits, she said.

“We need to be raising rates on those who can afford to pay it,” Walin said.

Corporate income taxes should increase as well as taxes of wealthy individuals, and the 50 percent capital gains tax exclusion should be reduced, she said.

Raising revenue through taxes on corporations and the wealthy will face strong opposition from very well organized lobbyists, Chandler pointed out.

“We need people coming to our meetings to talk about raising revenue if we are going to raise taxes of people who can afford it,” she said. “We want to use those funds to help working people and working families.”