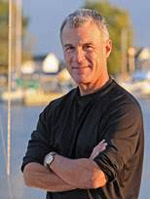 Robert L. Grenier, former director of CIA Counter-Terrorism Center (CTC)
CIR News:
Santa Fe Council on International Relations and Congregation Beit Tikva present a lecture and book signing with Robert L. Grenier, former director of CIA Counter-Terrorism Center (CTC) and author of “88 Days to Kandahar – Lessons on the War in Afghanistan” at 5 p.m. Tuesday, Sept. 29.
The event will be hosted at the Forum, Santa Fe University of Art and Design, 1600 St. Michael’s Dr.
America’s early success and slow, agonizing withdrawal from Afghanistan carry lessons for future U.S. policy, not only in South-Central Asia but in Syria, Iraq, Yemen, Somalia and elsewhere.
This presentation will explore the limits of American power, and make a case for prudent activism as America confronts ISIS in particular, and the threat of Islamist terrorism more broadly.
Grenier is chairman of ERG Partners, a financial advisory and consulting firm. He retired from CIA in 2006, following a highly-decorated 27-year career in the CIA’s Clandestine Service.
Grenier was director of the CIA Counter-Terrorism Center (CTC) from 2004 to 2006, served as the CIA’s senior representative to the White House and the policy community on Iraq from 2002 to 2004, and was the CIA Chief of Station in Islamabad, Pakistan before and after the 9/11 attacks.
Earlier, Grenier was the deputy National Intelligence Officer for the Near East and South Asia, founded the CIA’s Counter Proliferation Division, and also served as the CIA’s chief of operational training at the “Farm,” where he authored the Clandestine Service’s code of ethics.
A noted lecturer, writer, and television commentator, Grenier is now a life member of the Council on Foreign Relations.
His book, 88 Days to Kandahar, was released by Simon and Schuster in January 2015.
Menu
LOS ALAMOS