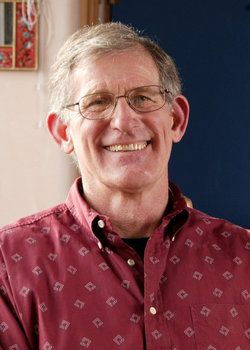 Joe Hayes, an official Centennial author will tell a selection of his favorite stories gleaned from New Mexico’s diverse cultures as part of the Author Speaks Series at 7 p.m. on July 26 at the Fuller Lodge lawn.
The storytelling event will take place outdoors, weather permitting, or inside Fuller Lodge if not. Families are encouraged to come and enjoy a picnic along with some great tall tales!

Joe Hayes is one of America’s premier storytellers, a nationally recognized teller of tales from the Hispanic, Native American and Anglo cultures. His bilingual Spanish-English tellings have earned him a distinctive place among America’s storytellers and he is the official story teller of New Mexico’s Centennial.

Joe grew up in a small town in southern Arizona. His schoolmates and friends, many of whom were Mexican-American, taught him how to speak Spanish. As Joe got older, he began reading the work of folklorists and anthropologists and gathering the old stories from the region that he calls home, the Southwestern United States.

When his own children were young, Joe enjoyed telling them stories. He decided that this would be the way he would earn a living. He also decided to use both Spanish and English when telling his stories to children so that they could learn and love both languages, just like he did when he was a child.

Joe’s tales are a combination of the traditional lore of the American Southwest and his own imagination. The traditional part is based on things people have told him and on what he has learned from reading the work of folklorists and anthropologists. Joe’s own contribution is based on his instincts as a storyteller and what his experience tells him listeners need in order to feel satisfied with a story.

Joe has taught storytelling to teachers at the University of New Mexico and been a guest lecturer at many colleges and universities, delivering the commencement address for the Graduate School of Library and Information Science at U.C.L.A. He was designated a New Mexico Eminent Scholar by the New Mexico Commission on Higher Education, and in 1995 he received the New Mexico Governor’s Award for Excellence.

Joe Hayes is the winner of the 2009 Aesop Award for his newest bilingual book, Dance, Nana, Dance!