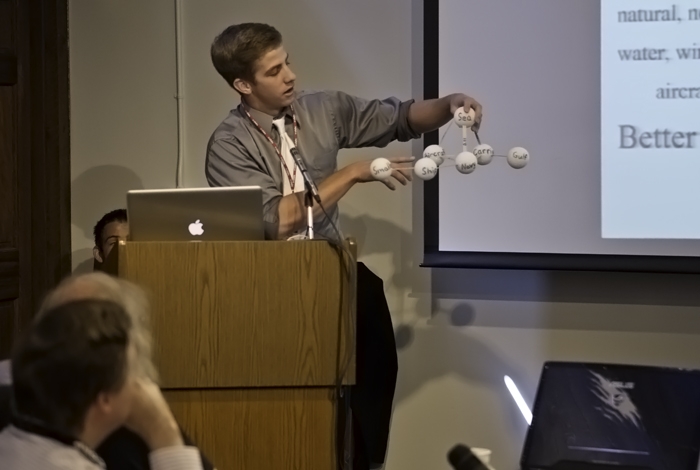 A trio of Albuquerque La Cueva High School students – two who are siblings – took the top prize in the Challenge for their research project that used statistical analysis to identify and analyze topics in human language.