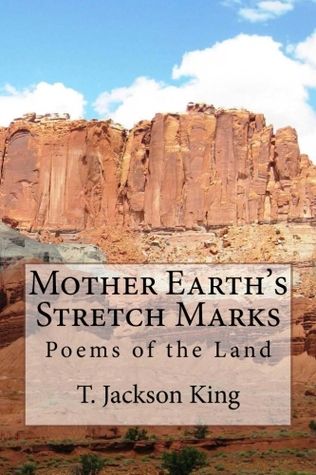 Tickets to the event are $10, which includes the book and refreshments, and will be available at the door the night of the event. Otowi Station Bookstore and Ruby K’s are sponsoring the event.

In a recent interview, King discussed his poetry about the natural world. “I began writing poetry in college in Japan partly as a reaction to the Vietnam War,” he said. “But my year of college in Tokyo allowed me to spend time at a Zen Buddhist monastery and I really clicked into Buddhism’s reverence for nature and for all living things. Over time, working as a government archaeologist, I spent lots of time roaming the Western landscapes by myself, looking for archaeological sites, but as I roamed the landscape I became entranced by the quiet beauty and naturalness of wild, unmodified places. Over time, I’ve come to write poems that celebrate special places, unusual people, past experiences in Europe and painful personal trials. But my main focus has been to write about nature and nature’s creatures with a sense of celebration and delirium.”

In describing his poetry, King said, “I write Gaean earth and nature poems that seek to celebrate the wild naturalness of nature and of the Earth’s living creatures. Whether it is the feeling of wondrous delight I get from watching a red-tailed hawk soaring through our turquoise blue sky, or the thundering feel of a waterfall smashing into ancient volcanic rocks with a force that vibes my bones and my inner self, I write to evoke and to share such sensations with other people.”

King said that he writes as the mood hits him rather than every day at a specific time. “I do make notes to myself on themes, opening sentences, book titles and poetic motifs, but unless something overwhelms me, I do not go immediately into writing it.”

He continued, “However, about half the poems in my collection came from a week-long drive through the Western states from Oregon to the panhandle of Texas and back. During that drive I was focused only on sensing, perceiving, and writing down immediately any poem that came to mind. The poem ‘Skull Valley’ came to mind as I was driving through this western Utah landscape, based on the land images and the people that I saw as I drove. However, the poem ‘Crawdad Friend’ comes from my memory of time spent in Houston with my maternal grandfather, a tough old geezer with a loving soft spot for his grandson. Several of my poems come from memories of times spent in Japan, Europe, and Tennessee or with my three children.”

King said that his work as an archaeologist has influenced his poetry. “My archaeology work has given me a sense of the immensity of time that is reflected in eroded rock, weathered soil and abandoned aboriginal homesteads. When I look at the land, I see what is there now, and equally I see what people from past times saw as they too hugged tight their home landscape.” 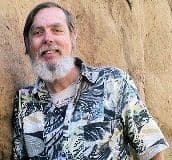 Other influences include travel and journalism. “For example,” he explained, “regular people who seem invisible to some folks have the most amazing life experiences, but you only learn about them when you take the time to knock on their back door and sit a spell sharing some hot tea or lemonade.”

Reading aloud has great appeal to King. “Reading poems aloud is, for me, the essence of transporting oneself into the essence of the poem,” he said. “That is why I so enjoy using lyrical sounds in many of my poems. And when I write in free verse format, there is always a natural internal rhyming that comes from the words and the way they link together. As for reading poems silently, for myself, I would only read traditional Japanese haiku poems in silence, since they are so powerful their very words bring forth a waterfall of sense and meaning and experience.”

He summarized the power poetry has for him. “It takes me places I have never been. It shows me new sides of experiences that I have felt. And it can always be with me, the way the air you breath in is natural, unnoticed and yet always with you.”