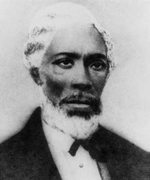 Anthony Bowen. Courtesy photo
YMCA News:
Like the rest of the country, YMCAs in the mid 1800s were largely segregated.
When former slave Anthony Bowen established the first YMCA for the black community in 1853, he did so on his own, teaching young blacks how to read and write from his Washington, D.C., home. Bowen, with a group of friends, organized the “YMCA for Colored Men and Boys” in Washington, D.C., just nine years after the world’s first YMCA was founded in London, England (1944), and less than two years after the first North American YMCAs were organized in Boston and Montreal (1851).
Anthony Bowen was an unusual man. Born a slave in 1809, he was the first black man to become a clerk in the U.S. Patent Office. Bowen first heard of the YMCA from a white co-worker, William Chauncy Langdon, a member of the board of the year-old Washington YMCA for white men and boys. With black people barred from membership in any organizations of the day, Bowen decided that a “Black YMCA” was needed.
This early association was incorporated on 6 June 1892. Its first building at Twelfth Street, N.W. in Washington D.C. was dedicated on 12 May 1912, with African American citizens of Washington contributing $27,000 toward the cost. In 1972, its name was changed from Twelfth Street YMCA to the Anthony Bowen Branch YMCA in honor of its founder and first president.
As Anthony Bowen’s work in the 1850s indicates, African Americans embraced the YMCA early on, but social and financial conditions for black people made it difficult for the movement to grow very quickly. Nevertheless, by the late 1860s, the movement found a firm foothold in the community with associations established in New York City, Philadelphia, Charleston, S.C., and Harrisburg, Pa. In 1867, E.V.C. Eato of New York City became the first black delegate to attend the YMCA’s annual convention.
In 1875, the black community in Norfolk, Va. established a YMCA, and in 1888, William A. Hunton became the first full-time, paid director of an African-American YMCA. The son of a slave who had purchased his own freedom and a Canadian native, Hunton had previously been active in the Ottawa YMCA, eventually becoming chairman of its Boys’ Work Department. In Norfolk, Hunton organized debating societies, educational classes, athletic work, a choral club, a Bible study group, and a library. In 1889, he hired Jesse Moorland as his assistant.
By the late 1800s, the national YMCA movement had vowed to aid the formation of “colored” YMCAs in the South and hired ambitious young black men to lead the charge. Hunton, his college Jesse Moorland and their staff carried the Y mission to African-American communities around the United States. 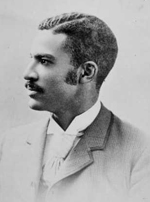 William Hunton. Courtesy photo
William Hunton and Jesse Moorland
In 1890, the national YMCA office created a “Colored Men’s Department.”  Hunton’s successful leadership in Norfolk led to his appointment in 1890 as the first secretary of that department, and the first black man employed by the International Committee of the YMCA. 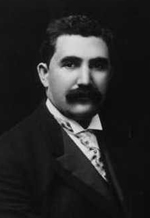 Jesse Moorland. Courtesy photo
When Hunton retired in 1916, Moorland succeeded him as senior secretary until his own retirement in 1924. Channing H. Tobias took over the role until the department was dissolved in 1946.
First YMCA building for African American men and boys, 132 West 53rd Street, New York, 1901.
Hunton and Moorland assembled a staff of talented young men who carried the Y mission to black communities across the country. Building sound programs from the ground up, they were major contributors to the black self-help movement. Although the separate YMCAs were created because there was no choice, the facts indicate that these self-help institutions have provided a fertile ground for many black leaders of this country, who in turn provided positive symbols for African American young people.
The principle of autonomy and self-government prevailed, though at the same time, these black YMCAs usually enjoyed friendly relations and some financial support from metropolitan Y boards. Programs were similar to those of other Ys: Bible study, moral and religious improvement, adult education (business and management courses were especially popular), physical education and organized sports. Black associations housed lending libraries and built pools and gyms.
These associations also became what one Y leader called “educational and spiritual oases” — secure places where members could discuss prominent public issues of the day without having to mute expression of their views as African Americans. Autonomy implied segregation, but it also afforded the opportunity to share and speak freely. By the mid-1920s, 51 city YMCAs and an additional 128 college chapters for African American students had been established, with 28,000 members nationwide.
In 1911, Julius Rosenwald, president of Sears, Roebuck and Co., pledge to donate $25,000 toward construction of a black YMCA to any committee that raised $75,000. In response, black communities raised $4.4 million. By 1933, 25 African-American communities had “Rosenwald” YMCA buildings, which included clean, safe dorm rooms and cafeterias- a boon to black travelers in a segregated era. 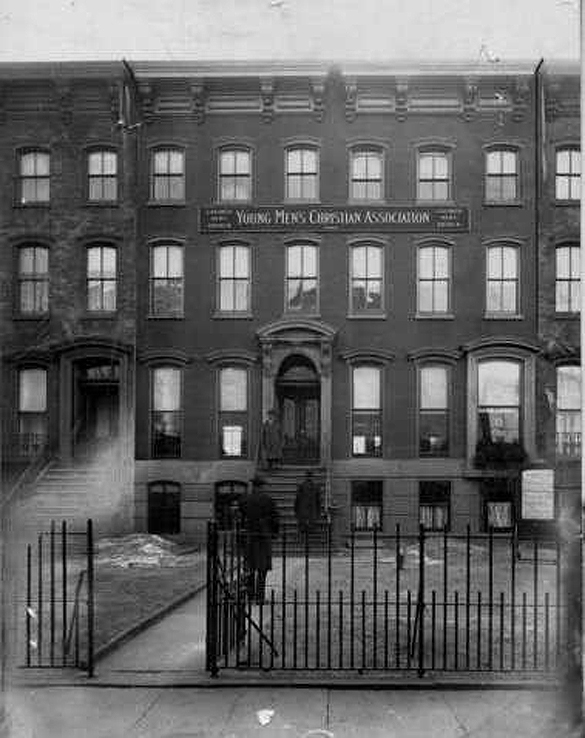