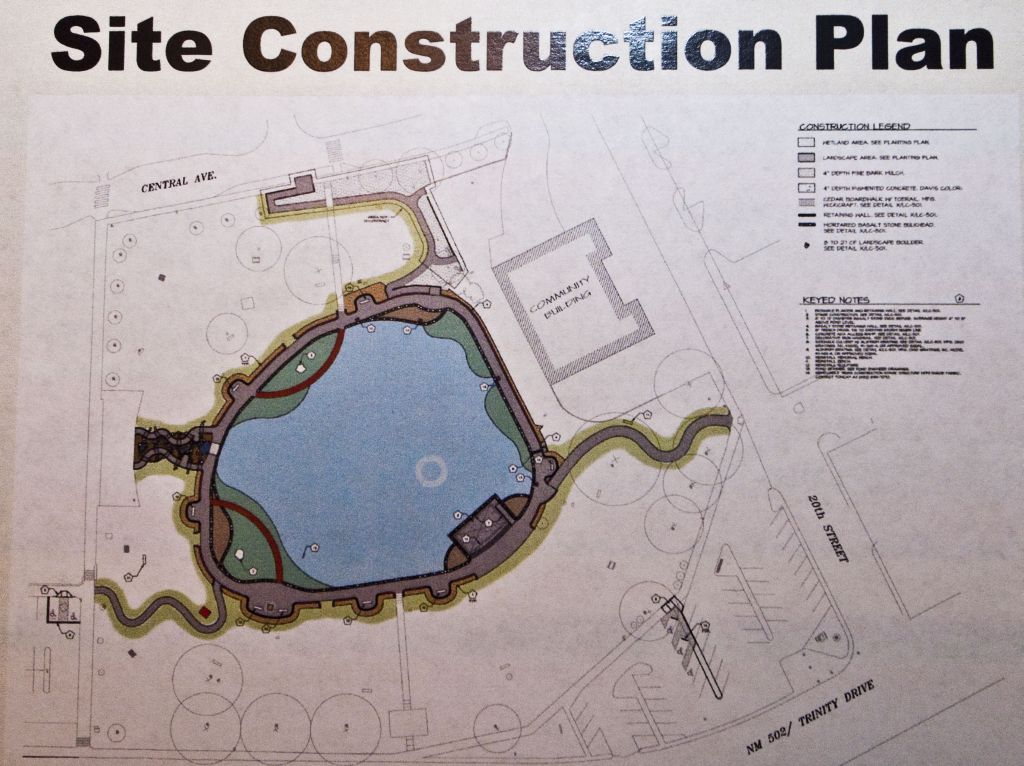 George Radnovich, ASLA, Senior Principal – Landscape Architecture, led the presentation. Radnovich is the founder and partner of Sites Southwest, LLC., the consultant hired by the County to design the pond renovations.

The design has been fleshed out more since the 30 percent design review meeting held Sept. 20, especially in regard to the design of the waterfall feature on the east side of the pond (see slides below.)

Waterfall features have been added to the design, which are expected to help in overall aeration of the pond.

An ornamental fountain has been added near the center of the pond to reproduce the pond's current fountain. Large boulders have been added that will provide waterfowl with places of refuge in the pond.

The walkway circling the pond has been widened to allow three people to walk side by side. The ADA access path to the north side of the pond has been adjusted slightly to contend with a trash structure that was recently installed in that area.

The art work that is in the pond now will be re-installed in approximately the same location as before. Handicapped parking spaces in the southeast parking triangle will be added.

Electrical power will be provided at the southeast stage. New irrigation systems are to be installed that will make the grass in the southeast portion of the park less moist and boggy.

Wednesday's meeting became a bit contentious at the beginning of the question and answer period when an audience member said, "99 percent don't want the stage there," which brought a lot of reaction and comments such as "we want the stage" from members of the audience.

Parks Division Manager Richard McIntyre responded, saying, "we're following the plan approved by council and that's what our focus is on."  McIntyre explained that the project scope was limited to the pond area and surrounding walkways, but did not include the flat area where the original municipal building once stood.

The topic of noise was brought up a couple of times during the question and answer period and it was noted that the music from concerts would be sent out towards Trinity Drive instead of towards residential areas such as Circle Drive.  The permanent pond stage will be less noisy with music coming from a lower elevation at pond level rather than on top near the old municipal building location and facing residential areas.

The type of fish that will be stocked in the pond became a topic and it was noted that local varieties would be stocked including trout. All fish will be removed before the pond is drained for construction, it was noted.  The waterfowl will be placed into the care of the Duck Buddies organization until the pond is ready for their return.

McIntyre noted that all the waterfowl are currently male when asked where the ducks could safely raise families. Rocks will be placed in three locations around the pond creating ramps to allow the waterfowl access in and out of the pond.

Theresa Romero, who submitted to council approximately 188 plus names on a petition that opposed the proposed location of a permanent stage on the southeast corner of Ashley Pond, had many questions and issues concerning the stage.  McIntyre said, "Again, this is an approved plan." It was noted that the stage removal question was an issue that is up to Council not an issue to be decided at the design meeting.

Others commented on their favorable impression of the overall project design including the permanent stage.

Russ Gordon, the producer of the Gordon's Concerts – Los Alamos County Summer Concert Series, noted about the stage, "I think its gorgeous, where it's going to be, and the sound noise is going to be much less." Gordon had many technical questions regarding the use of the stage and electrical connections for vendors.  It was requested that Gordon meet with McIntyre to insure that these details are explored and resolved.

It is expected that Council will meet on Nov. 27 to discuss and vote on the final approval necessary to put the construction of the project up to bid and proceed to construction (see the schedule below).

View the entire meeting in the YouTube video player below.  (The video is 1 hour 35 minutes in total. You may skip ahead to the Question and Answer segment by jumping to 37 minutes.) 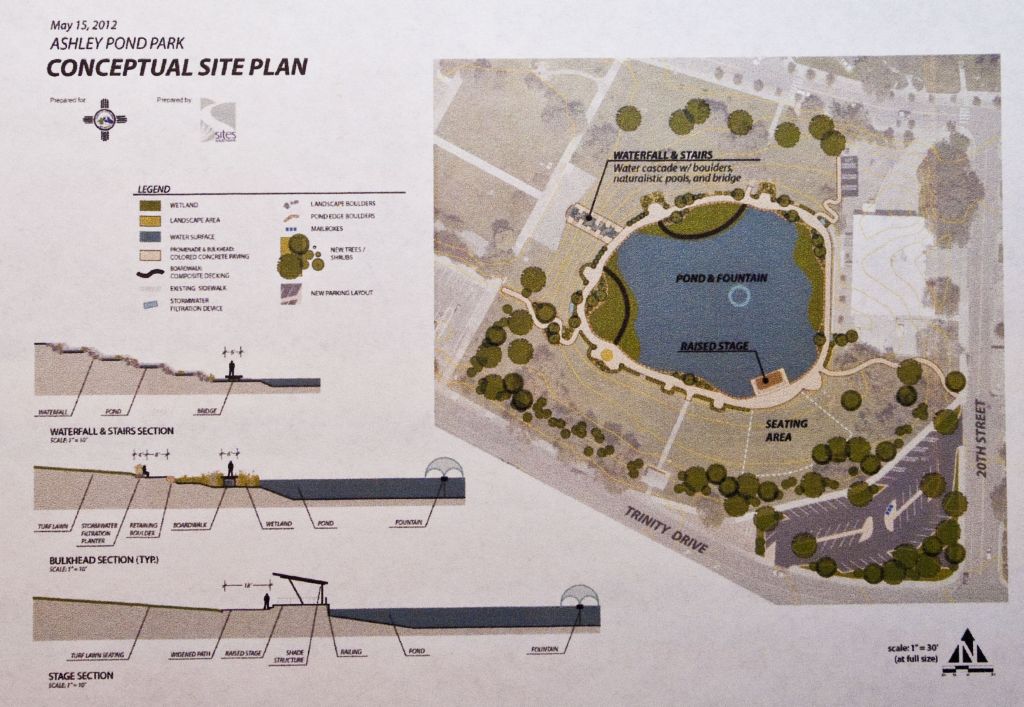 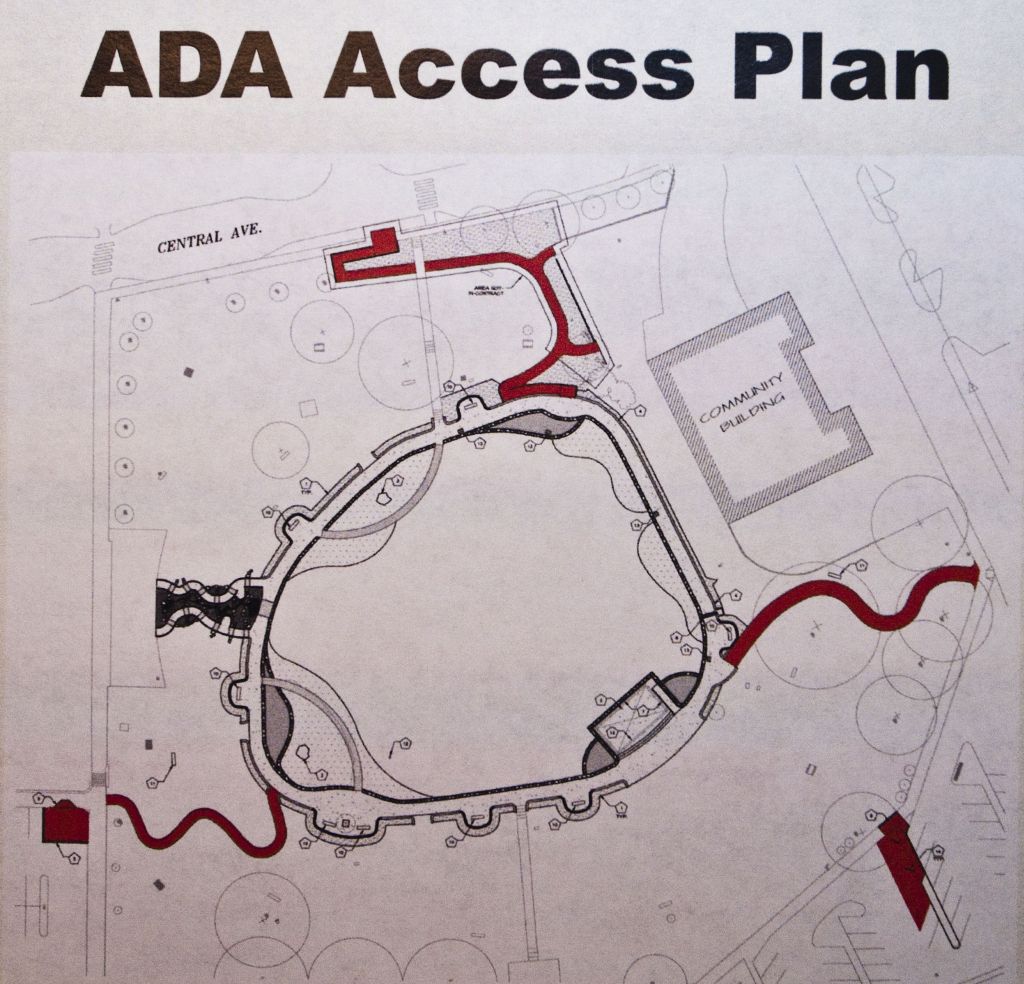 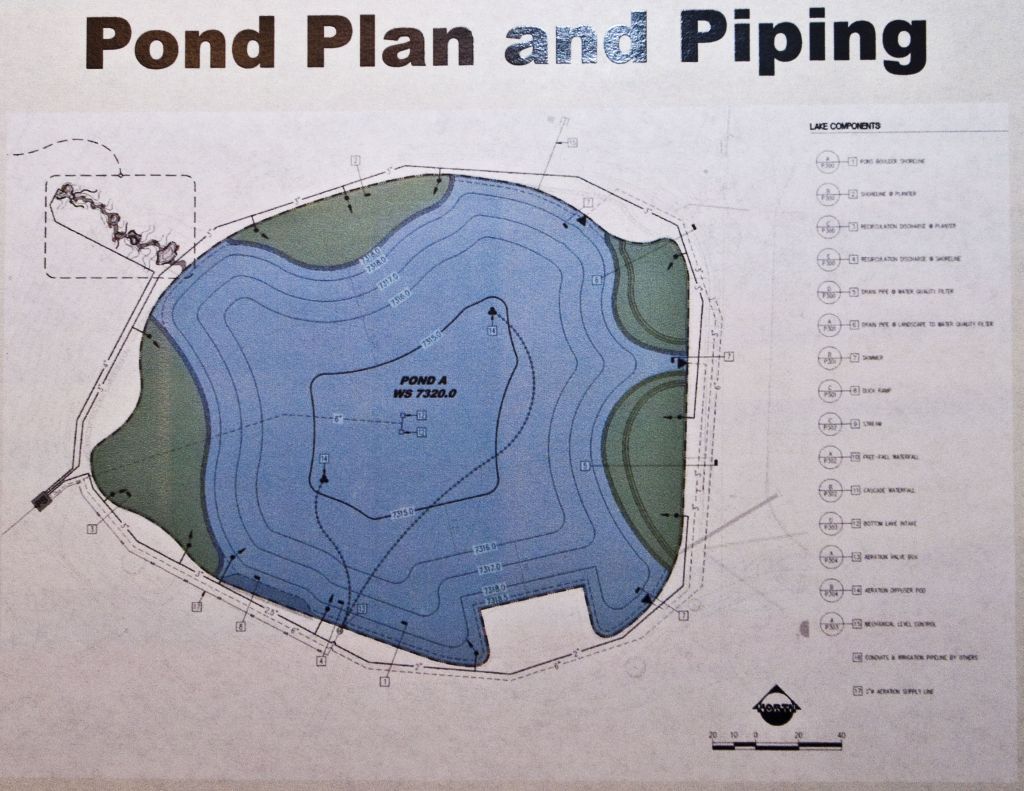 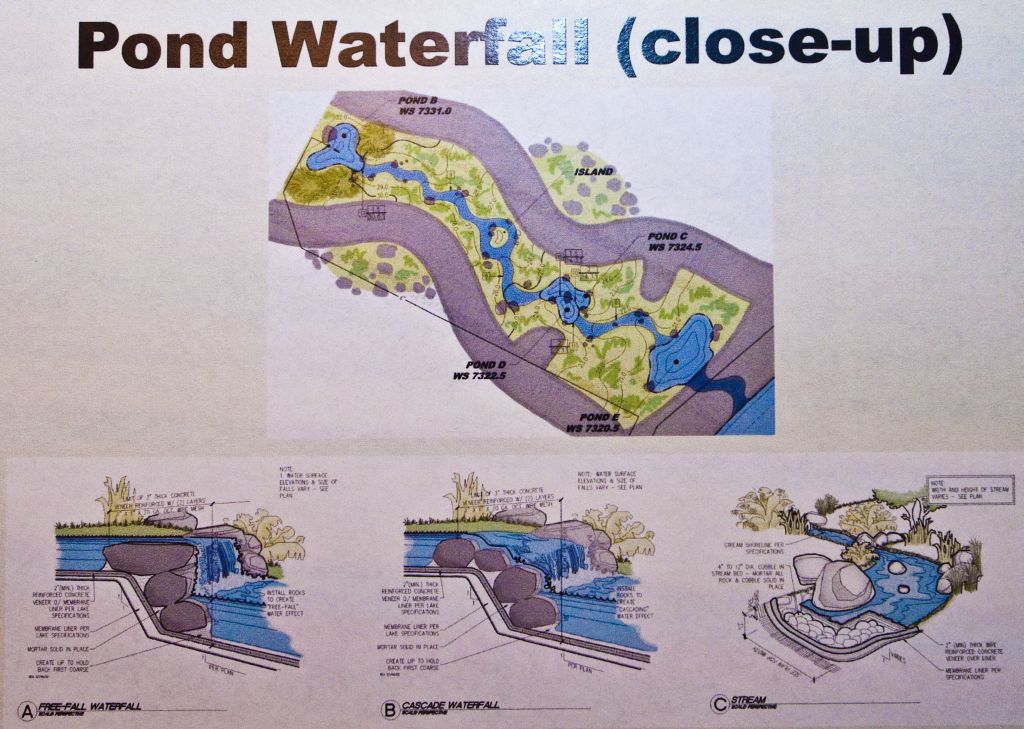 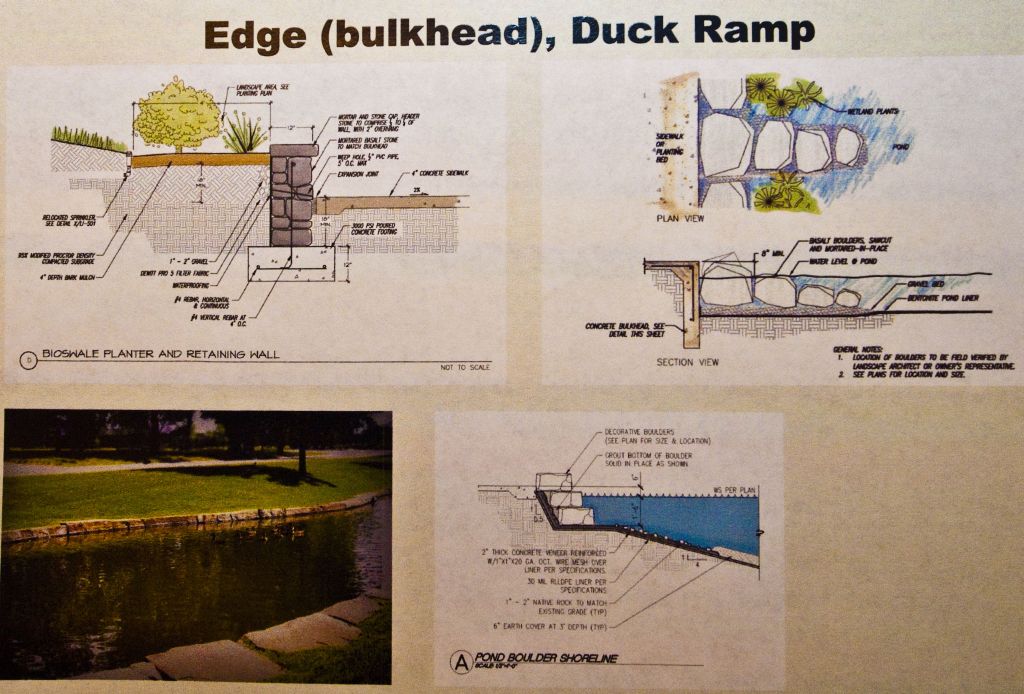 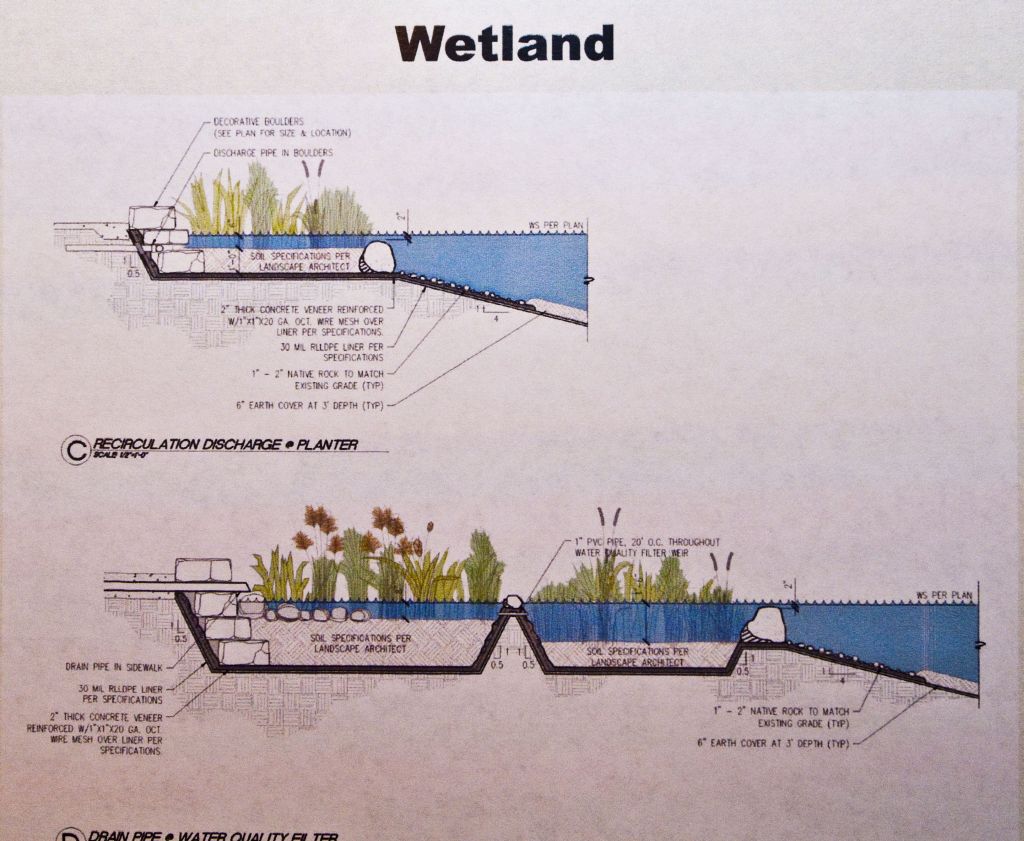 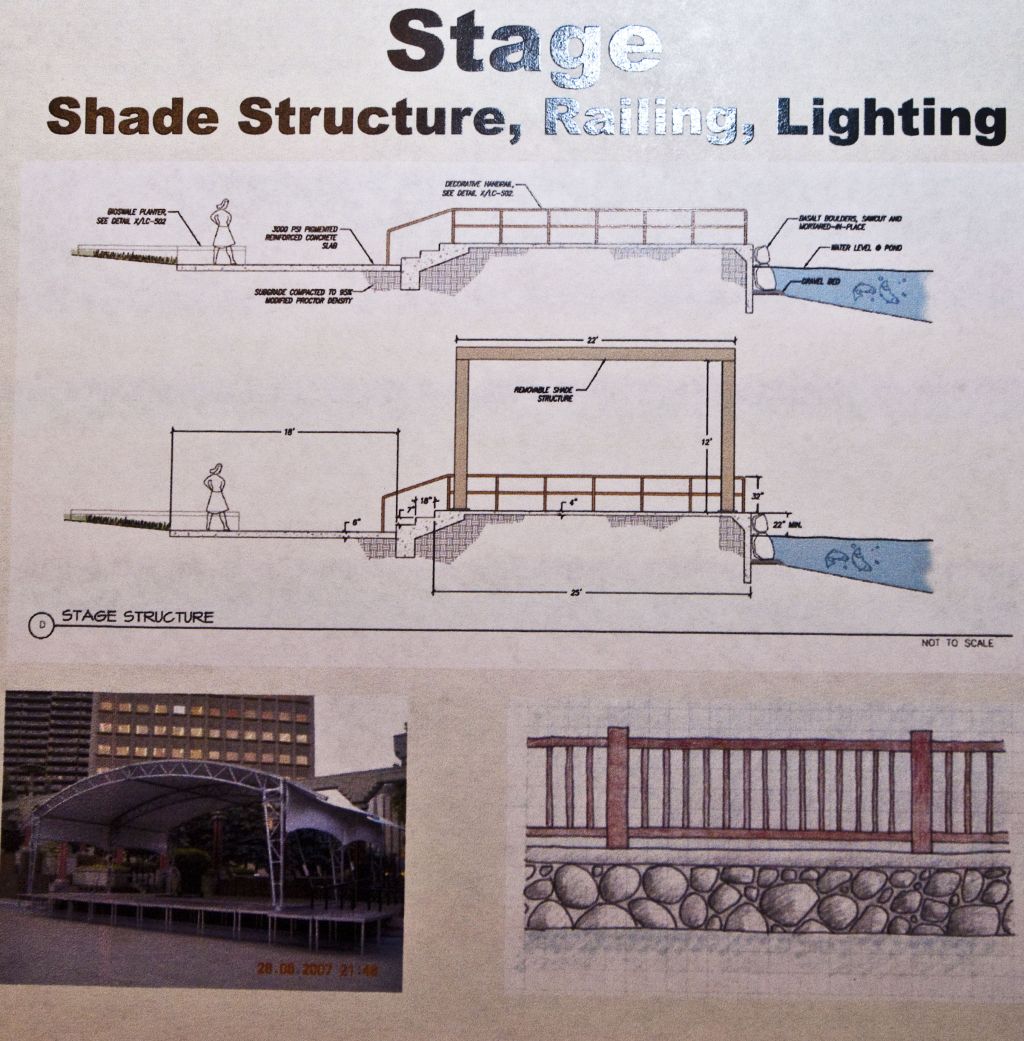 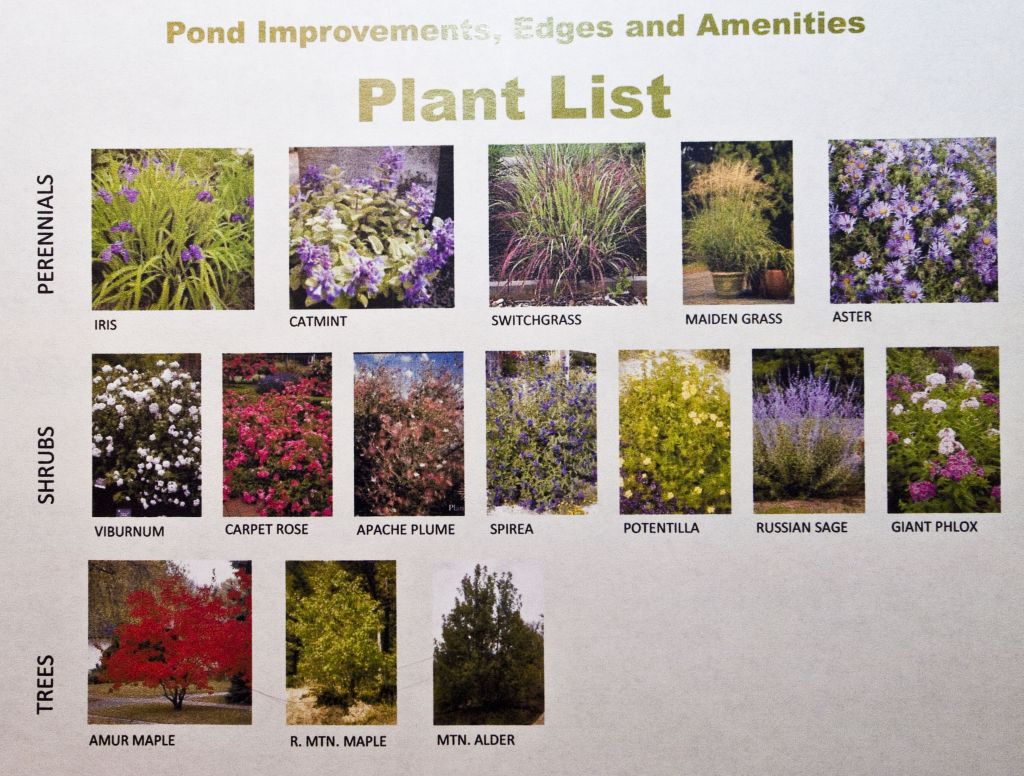 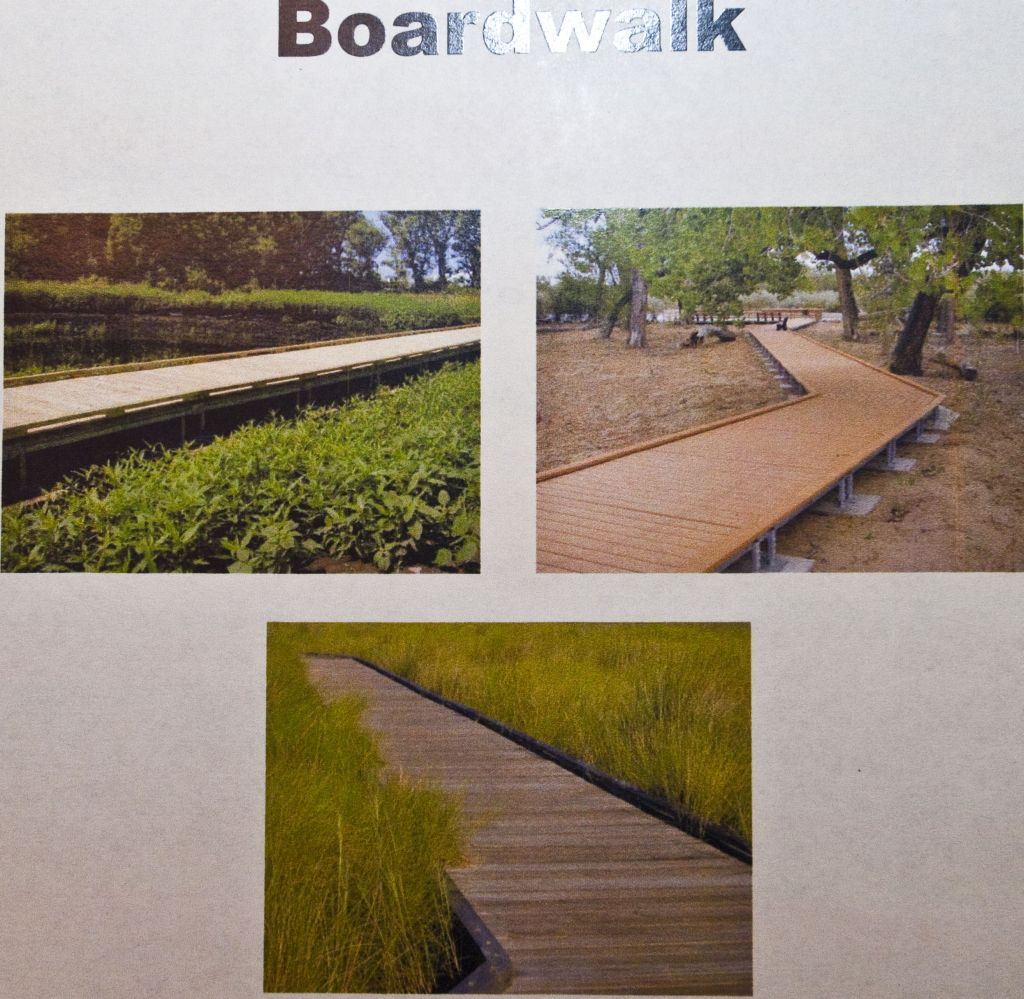 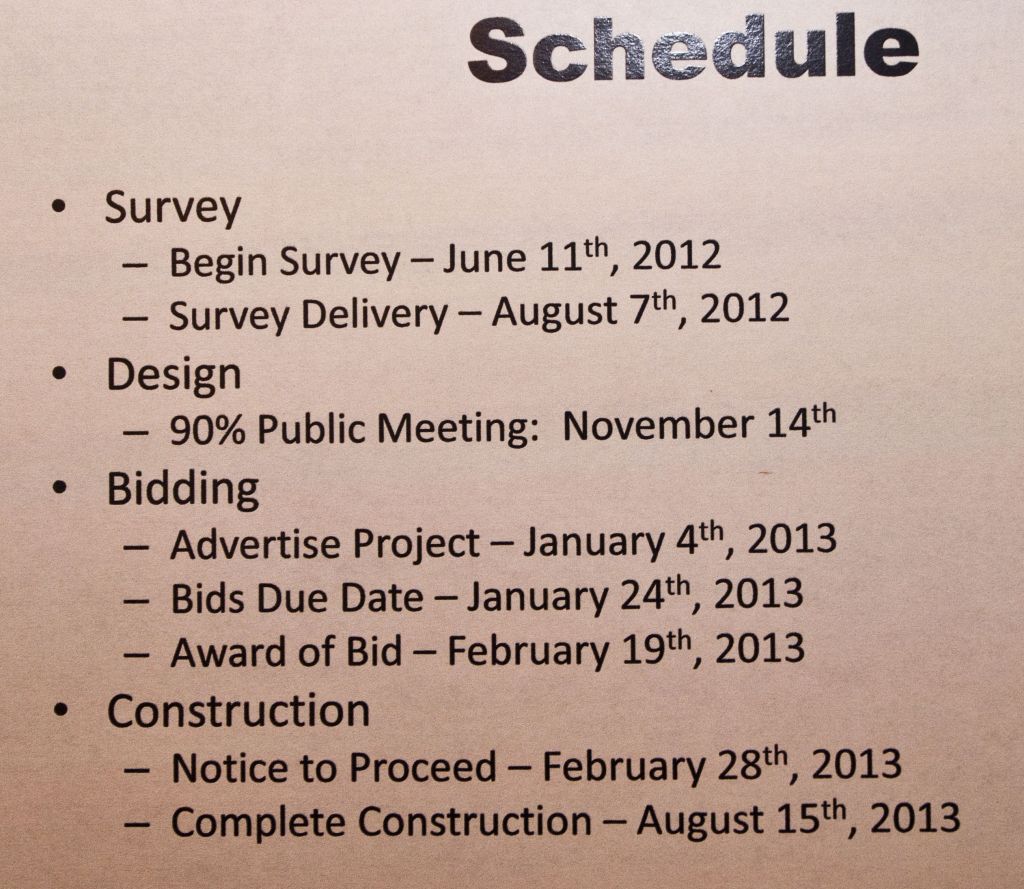 For more information on this project, see the LAC Ashley Pond Project page by clicking HERE.