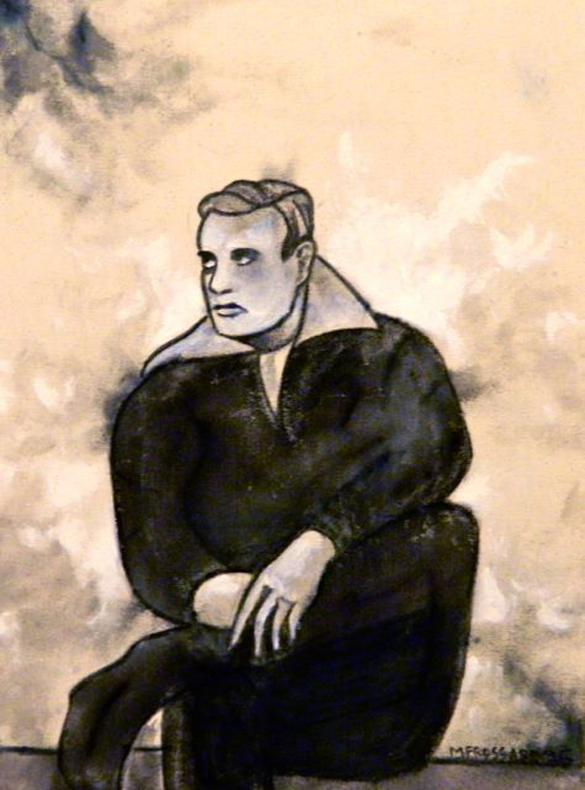 Marlon Brando. Courtesy/NNMA
NMMA News:
Concordia Santa Fe’s Wind Orchestra presents “Inspirations”, a program exploring musical homages to existing works across artistic genres.
The performance will include compositions by Steven Bryant, Frank Ticheli, Norman Dello Joio, Johann Sebastian Bach, David Biedenbender and Leonard Bernstein.
Admission is free ― donations accepted at the door.
The program begins at 2 p.m. Sunday, May 24 at St. Francis Auditorium, New Mexico Museum of Art at 107 W. Palace Ave. in Santa Fe.
Leonard Bernstein was an eclectic composer whose music fused elements of jazz, Jewish music and theatre music. Some of his works, especially his score for West Side Story, helped bridge the gap between classical and popular music.
The acclaimed 1954 film On the Waterfront starred Marlon Brando and garnered multiple Academy Awards, as well as a nomination for Bernstein’s poignant and evocative music (his only film score).
Using music from the film, Bernstein created the 20-minute Symphonic Suite from On The Waterfront, which consists of six continuously flowing movements. Juxtaposing moments of tenderness with elements of cold savagery as depicted in the film, this is a monumental and distinctive addition to the symphonic wind ensemble repertoire.
David Biedenbender’s Luminescence is based on fragments from the melody Ermuntre dich, mein schwacher Geist (Rouse thyself, my weak spirit), which was written by Johann Schop and subsequently harmonized in several settings by Johann Sebastian Bach, including his Christmas Oratorio. It is most commonly known as the Christian hymn, Break Forth, O Beauteous Heavenly Light. As suggested by the composer, the wind orchestra will perform an arrangement of the Bach chorale immediately prior to performing this work that it inspired.
Composer Norman Dello Joio writes these notes about his Fantasies on a Theme by Haydn:
This work [for winds] is based on a theme from a composition [for strings] by Joseph Haydn. The subtly conceived theme, I concluded, offered an opportunity to fantasize in the musical language of today.
The three movements are a constantly varied examination of Haydn’s basic idea. The bubbling humor of the first and third fantasies flank a second which is intensely lyric. In the final sense, it is my homage to a composer who will always remain contemporary.
Frank Ticheli’s Rest is a lyric and moving adaptation of an earlier SATB choral work, There Will Be Rest. In creating this setting, the harmony, dynamics and registration of the original have been preserved, allowing the fragile beauty and quiet dignity to be maintained. And while the wind orchestra is faithful to the choral, certain aspects have been enhanced which keeps it independent, having its own strengths and unique qualities.
The concert will open with Steven Bryant’s Ecstatic Fanfare, which is based on music from movement I of the same composer’s Ecstatic Waters. The fanfare takes the soaring, heroic tutti music from the earlier work and turns it into a short fanfare. The piece was premiered by Johann Mösenbichler with the Polizeiorchester Bayern in July 2012.
Interview opportunities are available with guest conductor Dr. Donald McKinney and concert organizers. For more information, email info@concordiasantafe.org or call 505.913.7211.
Menu
LOS ALAMOS