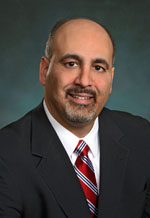 Ross Crown
SCOUTING News:
ALBUQUERQUE ― Ross Crown, a partner at the law firm of Lewis Roca Rothgerber Christie LLP, is the new president of the Great Southwest Council of the Boy Scouts of America.
Crown, who received his law degree from the University of Michigan, will serve a two-year term as leader of the third largest council in the continental United States. It is the only council to encompass portions of four states.
The Great Southwest Council serves nearly 7,300 youth and more than 4,500 adult members in northern New Mexico, southwest Colorado and a substantial portion of the Navajo Nation in Arizona and Utah.
As council president, Crown’s focus will be on fundraising to support the council’s two camps and many programs. “Scouting is a great experience that is more important now than ever. It takes youth outdoors and teaches them life skills, self-reliance and leadership, along with a reverence for God and the natural world He created. All of this happens in an atmosphere of fun,” Crown said.
“In the real world, unlike a video game, you can’t just hit the reset button and start over. Among other things, Scouting produces mental toughness, provides opportunities for kids to do many activities they would not have done without the program, and emphasizes the importance of character in young people,” remarked Crown, an attorney in the firm’s Government Contract Law and Litigation practice groups.
The new council president saw all three of his sons become Eagle Scouts, and has been involved in leadership positions with the council since 2012.
According to the Boy Scouts of America, the most visible level of the leadership is the local council. There are more than 300 incorporated and chartered local councils across the U.S., each responsible for fostering a meaningful Scouting program within its territory.
The Great Southwest Council was chartered by the National Council in 1924, serving youth in northern New Mexico (from Socorro north), southwestern Colorado, and the four corners region of Arizona and Utah.
About Lewis Roca Rothgerber Christie LLP
Lewis Roca Rothgerber Christie LLP is an Am Law 200 commercial law firm for handling complex matters in litigation, intellectual property, business transactions, gaming, government relations and other practice areas. Lewis Roca Rothgerber Christie offices are located in Albuquerque, Colorado Springs, Denver, Las Vegas, Los Angeles, Irvine, Phoenix, Reno, Silicon Valley and Tucson. For more information, visit lrrc.com.
Menu
LOS ALAMOS