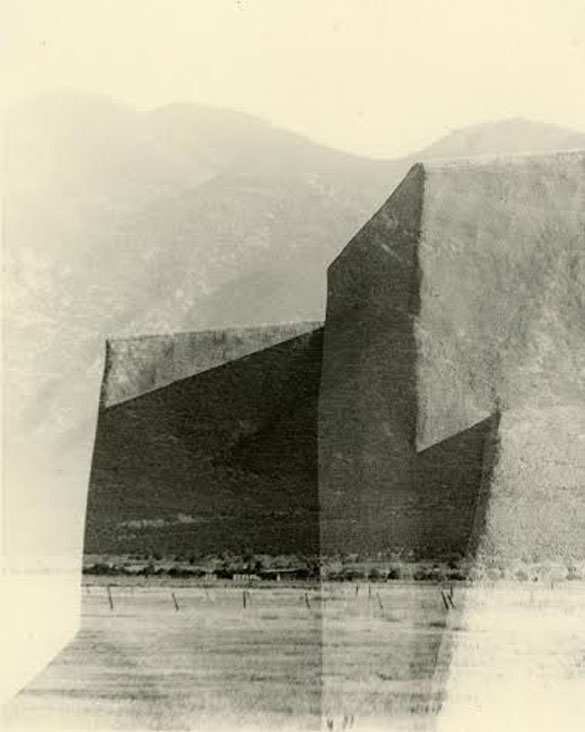 ‘Sacred Spaces’ by Poster Artist, Meredith Mason Garcia. Courtesy/TFAF
TFAF News:
The Board of Directors of the Taos Fall Arts Festival is pleased to announce its 2015 Poster Artist, Meredith Mason Garcia, with her photograph “Sacred Spaces” as the image for the 41st Annual Festival.
Last year, the Taos Fall Arts Festival showcased 40 years of posters and artists with a special anniversary book and a public program of poetry, storytelling and music inspired by these images. With the positive public response to the expanded venues and other changes within the Festival, the Board, upon careful and comprehensive review of over 30 artist submissions for 2015, decided to continue with new ideas and innovative directions for its 41st poster.
“We must respond to the Taos arts community and address change to keep the Festival current and responsive to the artists and our audiences. We are delighted to spotlight photography and a new or emerging artist, Taos photographer Meredith Mason Garcia,” says Paul Figueroa, President of the Board of Taos Fall Arts Festival.
Meredith Garcia states, “In response to the call for artists for the 2015 Taos Fall Arts Festival poster, I chose negatives of two Taos icons, Taos Mountain and San Francisco de Asis Church in Ranchos Plaza. These were overlaid in the negative carrier of my enlarger and printed simultaneously. The result was a striking abstract image, ‘Sacred Spaces.'”
Meredith Garcia chooses to look at the real world in a different way – at reflections and shadows rather than the objects that create them or at abstractions of larger objects, taking them out of their visual context. Recently she has explored double exposure photography. “The ability to layer images and create a dreamscape from unrelated scenes opens a world of new creative possibilities”.
In 2005, Meredith Mason Garcia retired from a career as a neurobioloist and photomicroscopist that involved the production of black and white film photomicrographs of the brain. In 2010, a visit to the studio of Photographer and Professor Judtih Vejvoda, during the Dixon Studio Tour, prompted Garcia to the study of film photography with Vejvoda at Northern New Mexico College.
A year later, Garcia began the transition from neurobiologist to fine art photographer with the inclusion in numerous group shows, open studio tours and featured one-woman shows. Her work was juried for the 2014 “Black and White” at the New York Center for Photographic Arts and “In Sight New Mexico 2014” in Albuquerque. Recent solo exhibitions were “Taos Deconstructed” at Wilder Nightingale Gallery and “Art of Darkness” at The Bareiss Gallery.
The Taos Fall Arts Festival Poster Artist is recognized with a distinctive display at the Taos Select Exhibition, promotion of the artist with the Festival’s marketing campaign and a $1,500 award.
The Sacred Spaces Poster will be available for signing and purchase at the Festival opening, Sept. 25, 2015.
Menu
Los Alamos
27°
Fair
7:10am5:25pm MST
Feels like: 21°F
Wind: 5mph S
Humidity: 42%
Pressure: 29.95"Hg
UV index: 0
WedThuFri
36/19°F
36/16°F
39/21°F
Weather forecast Los Alamos, New Mexico ▸