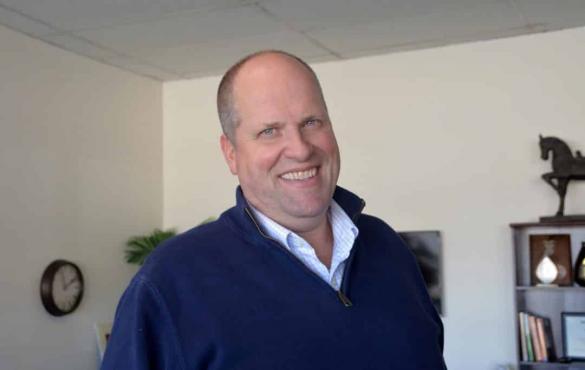 Zia Credit Union President and CEO David Woodruff stopped by the Los Alamos Daily Post Monday to talk about his trip last week to Washington D.C. to meet with lawmakers. Photo by Carol A. Clark/ladailypost.com 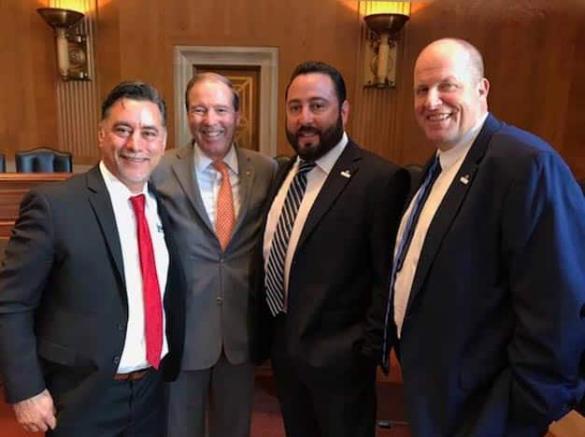 “We met with our legislators to talk about issues affecting consumers and small business and those organizations that serve consumers. One of the issues we spoke about is that there is no national standard for data breaches,” Woodruff said.

A data breach being a security incident in which sensitive, protected or confidential data is copied, transmitted, viewed, stolen or used by an individual unauthorized to do so.

“You don’t have to convince those guys … we are really fortunate to have legislators so in tune with these issues,” Woodruff said. “I have worked in other parts of the country and their legislators don’t express as much concern.”

Woodruff joined Zia CU in 2013 after serving as vice president of Lending at Commonwealth One Federal Credit Union in Alexandria, Virg. He also served as manager of Lending Operations at Numerica Credit Union in Spokane, Wash., with assets exceeding $1 billion.

He holds a BA in International Relations from Brigham Young University and is a graduate of the CUES CEO Institute.

Zia Credit Union is a not-for-profit cooperative financial institution owned and run by its members. It began in 1955 when a group of approximately 200 individuals from Zia Company, support contractors for Los Alamos National Laboratory, organized and founded Zia Credit Union as a special interest group, a common practice for that time in the credit union movement. The contractors felt they needed their own financial institution. Management of the newly-founded Zia Credit Union chose to become a state-charted credit union.

In 1975, management at Zia CU decided to expand its field of membership by not just serving a special interest group but serving the entire community. The reason for this change was to enable Zia CU to grow and offer better services to the current members, while including new members.

In 1995, management at Zia CU expanded its field of membership by not just serving people living, working, or worshipping in Los Alamos County, but also those in Rio Arriba County. In 2008, field of membership was expanded to the greater Pojoaque Valley, and now to Santa Fe and Taos counties.

Services extend beyond the walls of its branches to include online banking, a mobile app, call center and many CU Anytime ATMs.