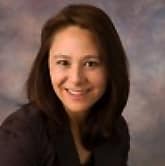 Chief Executive Officer Linda Daly announced earlier this month her decision to conclude her nearly 20-year tenure effective Oct. 31, 2018. Daly has served The Family YMCA since January of 1999. Prior to her role as CEO, she served as a board member for two years.

“Linda is recognized as one of the top Y executives, not only for growing the size and scope of our Y, but for leading and expanding efforts that transform the lives of those who need our Y the most,” YMCA Board Chairman Lou Santoro said. “Not only was she serving the needs of our local community and Y, she was also serving as a resource with YUSA.”

Under Daly’s leadership, The Family YMCA grew from a $1 million operation to nearly $3 million and is one of the largest nonprofit providers of youth, family and wellness programs and opportunities in our two-county region.

“I am proud and thankful to have served this YMCA and this community since I began as a board member in 1997 and CEO in 1999,” Daly said. “For nearly 20 years, I’ve been honored to build relationships with so many talented and committed volunteers, staff, donors and community partners, who have guided and encouraged me and all of our Y leaders. More importantly, they’ve strengthened the very foundation of this community by bringing incredible programs and services to so many.”

When Daly became CEO in 1999, the Y included the main facility and five afterschool program sites. During her tenure, she led a skilled team that opened two impactful teen centers, in Española and Los Alamos, in partnership with local government and funding partners. The Y Express was opened in 2013 to address a growing membership and need for more wellness activity space. And major facility updates and expansion projects were completed over the years which included adding a gymnasium, expanding the cardio and weight rooms, adding an HVAC system, adding an additional circuit training room, and adding a “Child Watch” room for on site childcare.

Today, the organization engages more than 8,000 adults and children annually in two membership locations, two teen centers and five afterschool program sites. Daly also helped grow the Y’s annual giving from $45,000 in 1999 to $172,000 to ensure that the Y remains accessible to all and continues to address community challenges such as youth development and support, closing the achievement gap, chronic disease prevention and inclusion for all.

A search committee for a new CEO has been formed and is working with a YUSA CEO search team.

About The Family YMCA

The Y was founded in Los Alamos by volunteers in 1955 who recognized a need for youth and family social and recreational programs in the isolated community. Its mission is to focus on youth development, healthy living and social responsibility, and to ensure access to all with financial assistance. In 2017, the Y served 8,000 individuals, of which 3,700 were youth and teens. Through fundraising, support from donors and with assistance from United Way-Northern New Mexico-Los Alamos, it supported 300 people with financial assistance totaling $126,000. An additional $46,000 was raised to support 2500 youth in two teen centers. See laymca.org for more information.