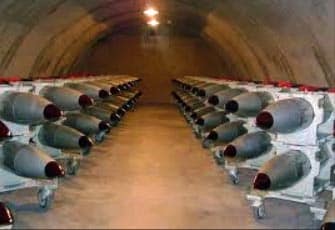 A new report finds that all the nuclear weapon-possessing states are developing new nuclear weapon systems and modernizing their existing systems.

The Stockholm International Peace Research Institute (SIPRI) released June 18 the findings of SIPRI Yearbook 2018, which assesses the current state of armaments, disarmament and international security. Among the key findings: All the nuclear weapon-possessing states are developing new nuclear weapon systems and modernizing their existing systems.

The decrease in the overall number of nuclear weapons in the world is due mainly to Russia and the United States—which together still account for nearly 92 percent of all nuclear weapons—further reducing their strategic nuclear forces pursuant to the implementation of the 2010 Treaty on Measures for the Further Reduction and Limitation of Strategic Offensive Arms (New START).

SIPRI notes that despite making limited reductions to their nuclear forces, both Russia and the United States have long-term programs under way to replace and modernize their nuclear warheads, missile and aircraft delivery systems, and nuclear weapon production facilities. The United States most recent Nuclear Posture Review (NPR), published in February 2018, reaffirmed the modernization programs and approved the development of new nuclear weapons. The NPR also emphasized expanding nuclear options to deter and, if necessary, defeat both nuclear and ‘non-nuclear strategic attacks’.

“The renewed focus on the strategic importance of nuclear deterrence and capacity is a very worrying trend,” says Ambassador Jan Eliasson, Chair of the SIPRI Governing Board. “The world needs a clear commitment from the nuclear weapon states to an effective, legally binding process towards nuclear disarmament.”

“Despite the clear international interest in nuclear disarmament reflected in the conclusion in 2017 of the Treaty on the Prohibition of Nuclear Weapons, the modernization programmes under way in the nuclear weapon-possessing states indicate that genuine progress towards nuclear disarmament will remain a distant goal,” says Shannon Kile, Senior Researcher with the SIPRI Disarmament, Arms Control and Non-proliferation Program.