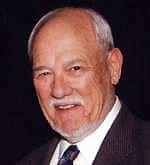 In this series of columns we have looked at the education system populated by a vast array of people performing many functions. Two groups, however, have not been examined: parents and students. Both have responsibilities in the system.

Starting with students, one can argue that they are responsible to be the best they can be, to gain knowledge and acquire the skills to contribute to society and take care of themselves. But how many five year olds do you know who can embrace this philosophical concept much less even know what philosophical means? This is a concept that must be acquired as they grow.

In today’s world of “smart” phones, in my opinion, the influence of adults has diminished greatly. The students can “discuss” anything, including adult guidance, almost immediately via text messaging and do “research” using various on-line platforms.

Today we hear about allegations in the political arena, for instance, that something is going to happen in 12 years, and we may or may not have the knowledge and thinking ability for acceptance or rejection of the statement. Clearly this demonstrates something that could invade the realm of K-12 students; the availability of modern media and communications to impart both bad and good ideas that are neither challenged nor rejected. And a lot of it has to do with right and wrong as it affects a person’s place in society.

As students progress through school there must be people who guide them in the functioning of society and the goal of being the best they can be. Many years ago there was an advertising slogan for seeking recruits for the U. S. Army: “Be all you can be.” While clearly you did not need to join the Army to achieve this goal, it does suggest a different perception of young people beliefs than their beliefs today. Hopefully, my perception is wrong. Unfortunately, I am also aware of the slogan that people only want to seek pleasure and avoid pain, even if you must endure some pain to achieve the pleasure. Or do you?
In the list of people involved in the education system, one might ask which ones have or should have the most contact with the students. I would suggest it is the parent or parents.

They have major roles in the education process and encouraging their students to excel, to do the best they can. This does not mean that they have mastered all of the subject matter in the school curriculum, but it does mean they have to instill the need to be the best they can be. Unfortunately, this is a very difficult task.

In 1949, I was in the second grade in Carmel, California. Since my parents owned a small “mom and pop” gourmet shop in Monterey, when school ended each day I was on my own to get to downtown Carmel, catch the bus home, and otherwise occupy my time. It was a much safer world then and I did not have a smart phone or other means of being immersed in the “gang” of students. It did not exist. And, for the most part, for most families only one parent had to work. For me, the big event was to get home in time to listen to “Sky King” on the radio.

Now 70 years later, almost all parents have to work giving all the students “freedom” after school and with the capability for broad, uncontrolled communication. How much time does the average student spend with their parents on an average day?

I am not suggesting that it is too little, but I would ask about the content. Parents have to encourage and focus their children to be all they can be, prepare for the future and know that greater pleasure comes with excelling in school.

In discussing this article with my spouse, I suggested that for many adults today school has become (not necessarily intended) free childcare. While I would hope this is not the case, properly raising children and empowering them to excel takes work and may detract from other anticipated pleasures made possible through work. The raising of children, however, should be pleasurable. Help them to find happiness in achieving higher personal standards and being all they can be.

There is however a major problem with our schools perceived by many as a link between low student proficiency and the low standards of America’s public school teachers unions.

Two moms, Keri Rodriguez and Alma Marquez have been working for the past two years to create the National Parents Union, reportedly to be formalized on January 16, 2020. While I both sympathize and disagree in part with the motivation of Rodriguez and Marquez (http://nationalparentsunion.org) and support the concept of greater parent involvement in the “school system,” my list of system population groups is extensive and does not include unions except as bureaucratic organization.