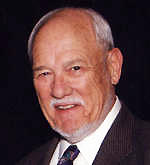 By ANDY ANDREWS
Los Alamos World Futures Institute
In the last column we looked at the “human” machine in exploring intelligence and established that it takes roughly 18 years to program the machine to function in humanity and that learning by the complex computer called the brain never ceases until the machine fails completely.
It is worthwhile to note that the earliest members of the genus homo, of which we are a part, dates back over two million years and fossils of anatomically modern humans are about 200,000 years old. It took us a long, long time to get to where we are today.
Looking at history, the term “ancient history” refers to the start of recorded (somewhat documented) history, extends to the early middle ages, and began less than 5,000 years ago. It includes the civilizations of Greece and Rome, with boats, roads, “houses,” and “intellectual” development. Plato was born May 7, 427 B.C.
After ancient history, modern history began in the early 16 th century with the European Renaissance. When one tracks the growth of knowledge and invention, you see a time compression or acceleration in the evolution, perhaps revolution, of new stuff. While different areas of knowledge are doubling at different rates, the average today suggests that human knowledge is doubling every 12 to 13 months.
In contrast, in 1900 the doubling rate was every 100 years. To me, this suggests that the intelligence of humanity is growing, at least in some areas, very rapidly.
Now consider the individual? What “human machine” programming is needed to accept, function within, and progress through the knowledge explosion? Is the CPU called the brain getting faster or is it a Model-T Ford trying to keep up at the Indianapolis 500 race?
In the previous column I also mentioned Rossom’s Universal Robots, a 1920 science fiction play. The robots we made from synthetic organic matter and resembled humans. Perhaps the author, Karel Capek, was well aware of the difficulties of creating a robot from other materials such as metals and plastics.
Also, it was before the age of digital computers and he understood the difficulty of creating a brain. The robots were manufactured and programmed to work for humans, yet they rebelled. Their intelligence allowed for post creation learning, they were “intelligent.”
If you wanted to build an intelligent robot today, how would you do it? You could start with the human form as a model and engineer limbs, a torso, a communication system using light and sound, and a power supply. Replace food with a rechargeable power battery and instead of “sleeping” the robot could recharge. And since the robots would have digital brains, they could all communicate with the mother robot using a USB cable or even Wi-Fi. On the other hand, perhaps you could build organic robots.
In the field of bioengineering, there is a subfield called tissue engineering. It deals with, in simple terms, taking some of a patient’s cells, reprogramming them and reinserting them into the patient to replace bones, cartilage, and bladder, skin, and muscle tissue.
Now recall that the doubling rate of knowledge is about one year. In 2028 (ten years from now) we, humanity, will have over 1,000 times the knowledge we have today. And in 2038, it will be over a million times greater. Of course you can debate the continuance of the growth rate and humanity might asymptotically approach a limit, but it is growing and “intelligent-like” robots might emerge.
Yet there is a problem with this far out forecast or model. How do you “program” the robots? Recall that humans take about 18 years of “programming” before they are fully functional. Even if humans were born fully developed, the brain still needs information and training to function in humanity – programming.
And the human brain has two sides: the left side functions in the domain of logic, science, and mathematics while the right side focuses on creativity and the arts. If you want an intelligent robot, how do you program these things in a bioengineered machine and, more importantly, what do you program? Is it determined by humanity and its knowledge base, but does the robot learn and evolve mentally? If it is intelligent in that it can learn and evolve as well as being man made, I would suggest that it has artificial intelligence.
Now take another look at humans. How fast do our brains really work?
Quickly now, multiply 3.6913 aby 8.5721. What is the answer? Quickly, use a pencil and paper! I did it and it took me one minute 40 seconds, if I got it right.
Using my digitally based cell phone calculator, it took me less than ten seconds. I was going to use my slide rule, but it was not accurate enough. For completeness, the answer is 31.6421927.
Suppose I have 100,000 pieces in a collection of data to sort and analyze gathered from scientific measurements so that I can infer a scientific relationship (probably too small a data set sample today). How long will it take me to reduce the data? If it was 1900, it would be a very slow process and, of course, I probably would not have 100,000 data points. But this is 2018. I can use a computer. But does the computer, when it reduces the data, draw the inference and convert the result into knowledge? Is it intelligent?
Till next time….
The Los Alamos World Futures Institute website is LAWorldFutures.org.
Feedback, volunteers, and donations (501.c.3) are welcome. Email andy.andrews@laworldfutres.org or bob.nolen@laworldfutures.org.
Previously published columns can be found here or here.
Menu
Los Alamos
55°
Fair
5:50am8:25pm MDT
Feels like: 55°F
Wind: 0mph W
Humidity: 56%
Pressure: 30.19"Hg
UV index: 0
SatSunMon
75/54°F
68/55°F
66/55°F
Weather forecast Los Alamos, New Mexico ▸