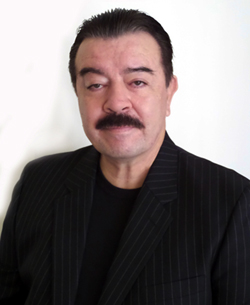 The Santa Fe Council on International Relation (CIR) is hosting the talk 3-5 p.m., Dec. 6 at the Santa Fe University of Art and Design, the Forum, 1600 St. Michael’s Dr. The cost is $15 for CIR members and $20 for non-members and guests.*
*Students, teachers and law-enforcement officers are welcome to attend this event for free.

Drug trafficking is the most potent and virulent form of terrorism in the world and it is controlled by sophisticated, violent, and treacherous transnational organizations that cause untold misery and pose a national security threat to many countries around the globe.  The billions of dollars they generate are used to corrupt public officials, fund terrorist networks, erode the rule of law and enslave our youth through drug addiction.

Michael S. Vigil is a 31-year veteran of the Drug Enforcement Administration and was a member of the Senior Executive Service. He served as the Special Agent in Charge of the DEA’s Caribbean and San Diego Divisions. He also was the Chief of International Operations responsible for all offices worldwide, which included Latin America, Europe, Middle East, Africa, Central Asia and Southeast Asia. Vigil was responsible for the development of several multi-national operations and global intelligence systems, which involved as many as 36 countries from Latin America and the Caribbean. After the fall of the Taliban in Afghanistan, he initiated Operation Containment, a prolific initiative including 25 countries that is still funded by the U.S. Congress today. He served in Mexico for 13 years and in Colombia for more than three years.

Vigil has been featured in numerous books: Kings of Cocaine, The Last Narco, The Black Hand, La DEA en Mexico, Con Los Ojos Bendados, Plata o Plomo, Con La Muerte en los Bolsillos, A Dying Breed and many others. He is the author of the book DEAL that recounts his dangerous career as an undercover agent for the DEA.

He is one of the DEA’s most decorated agents and was the recipient of the most prestigious award in law enforcement, the National Association of Police Organizations (NAPO) “Top Cop” award. Of the many accolades he has received from foreign governments for his efforts in global counterdrug efforts, having been made an honorary General by the government of Afghanistan and presented the “key” to the city of Shanghai by the Chinese government are two he holds in highest esteem.

Vigil graduated with honors from New Mexico State University with a degree in criminology/police science. He was born and raised in the Espanola Valley.