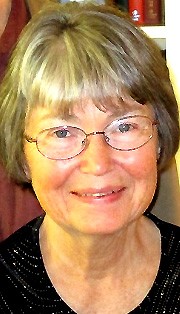 Several people have done their best to help me find out whatever became of my pen pal, Helga Renate Mattes, but to no avail. That may mean, luckily, that she’s still alive, since they’ve located no death certificate.

If I could contact her, I would have so many questions. Did she ever go to college? Did she develop a career in finance or some other field? Did she ever travel or possibly even emigrate to the U.S. or Canada? How would she perceive the relative positive and negative aspects of life in Germany and the U.S. today? Did she ever marry and have a family?

Happily for my immediate family, the full weekend of events associated with the wedding of my daughter and her now husband, Jaymes, on May 22 proceeded pretty much as planned, complete with an outdoor ceremony (see the photo).

For that matter, as the five-year-old ring bearer successfully delivered the pillow to the best man, I sat shivering in my ankl-length, mother-of-the-bride dress, complete with full-length sleeves, due to the same, seemingly ceaseless spring winds that had literally fanned the flames of the two wildfires from the beginning. 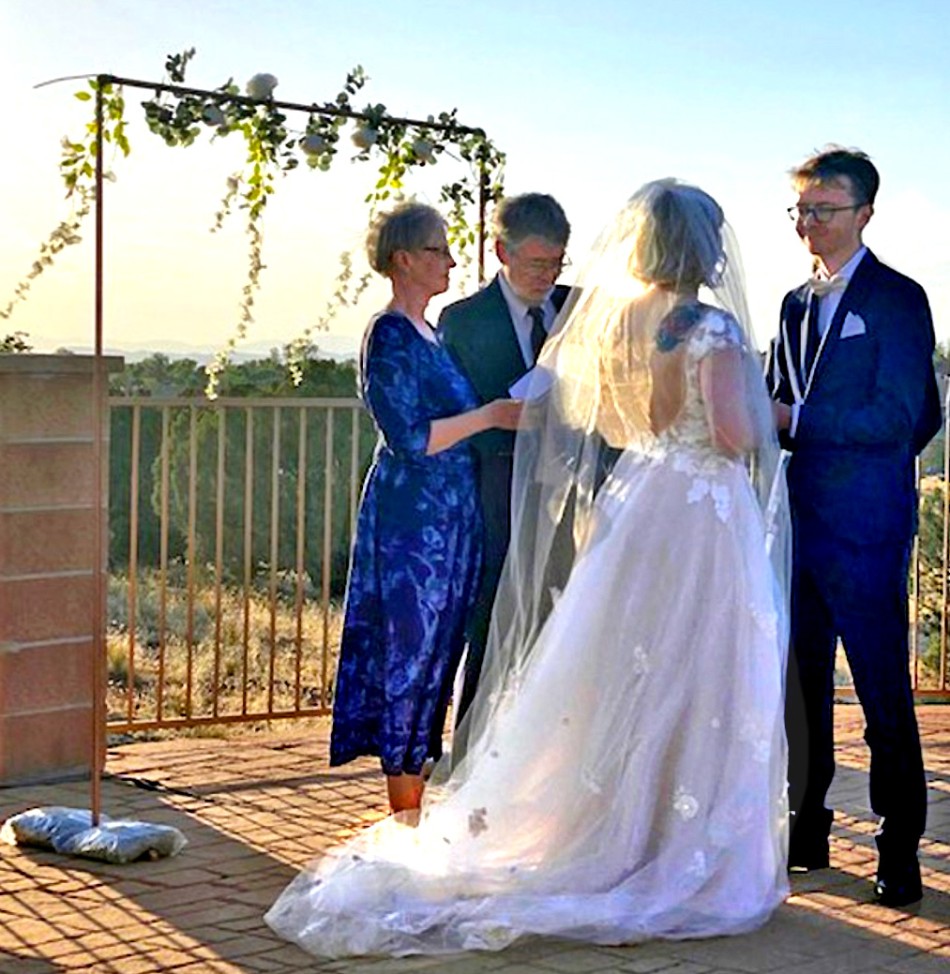 By contrast, right at the moment I see not one leaf moving on the trees outside my window, though thunderstorms are predicted for this evening and in the days and weeks to come, now that the annual summer monsoon is well underway in northern New Mexico. As a relative newcomer to the Southwest,I’m still amazed that the heaviest precipitation usually occurs at this time of year. And after so long a period without rain beforehand, the extreme change in weather conditions seems unreal even if welcome to many. At the same time, where the recent wildfires left their mark, the danger of flash floodingis now acute.

People say that the only unchanging aspect of life is perpetual change. Considering both the past and the future in that light, my husband and I boxed up the more than 250 pieces of correspondence written by or to my father during his service in World War II and sent them off yesterday to the archive of The Center for American War Letters at Chapman University in California, which we had read about in the Smithsonian a couple of years ago, That was just at the time I was writing a book titled, My Heart Goes Home (available on demand at www.lulu.com), based largely on Dad’s letters to Mother, as well as her diaries dating from the 1920s to the 1940s.

I always knew that my parents had utter respect for each other, but reading those letters for the first time in 2017, when my sister and I first started the process of clearing out the family home, I discovered how deeply in love they had always been and especially what their forced separation for extended periods during the war had meant. My own children never knew their maternal grandfather, who died before they were born. But I trust that this written legacy of his will be safely preserved andavailable to them or any other interested party from now on.

As for the photo albums, personal mementos, and other items that I hastily and anxiously packed into my car back in May—which have all been put away again since then—I hope to cherish them for many years yet, and when I can no longer do so, perhaps my son and daughter and their children yet to come will develop some appreciation for the stories they have to tell. People will always be more important to me than physical objects, but it is amazing how the simplest things can bring to mind friends and family far removed in time and space and encourage me to make the most of every human relationship Iam lucky enough still to experience.