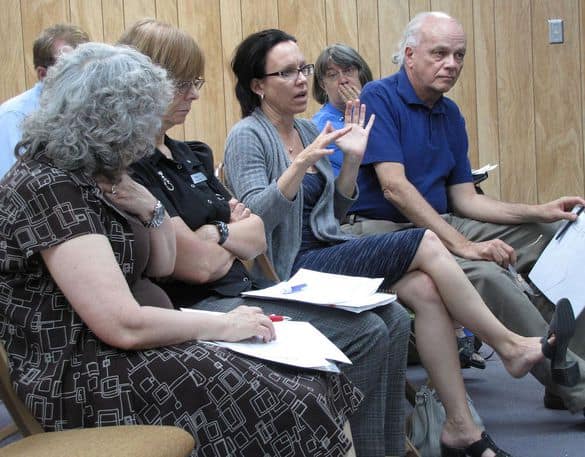 County Council voted to slice the $16 million in funding recommended by the White Rock Master Plan Implementation Committee in half and gave members six weeks to come up with a new plan.

The committee wrestled with Council’s request during a meeting at the White Rock Townhall Monday evening. Of the project options on the table with regard to a civic center, senior center and library … one is to ask Council for more time.

Other members agreed, saying there was much that had to be carefully considered. At the end of Monday’s two-hour meeting, the Committee agreed to meet again next week to look at financial numbers for the various options before deciding which route to take.

The history on this committee goes back several years. The White Rock Center Master Plan/Economic Development Strategy is the product of an intensive community-driven process that began in August of 2007.

The community’s vision has been to create a thriving, active focal point or town center that serves the community with a range of services and amenities.

In this vision, an improved N.M. 4, now nearly completed, and an enhanced Arroyo linking old and new development together with surrounding neighborhoods and a new trail.

The master plan outlines a “preferred development scenario” that suggests land use concentrations, major connections, gateway locations, and the focal point for the mixed-use town center.

The “Preferred Scenario” diagram included in the plan reflects the community’s desire to capitalize on public and private development opportunities, diversify the local economy, build on tourism-oriented opportunities, and create a attractive, pedestrian friendly environment.

After the completion of the White Rock Center Plan, the County Council appointed the White Rock Master Plan Implementation Committee in 2008 to advise the county on steps to implement the approved plan. The Committee has met most every second Monday ever since. 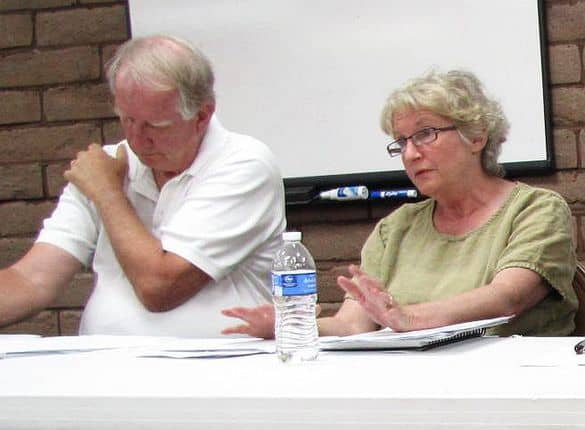 To review the Committee’s charter and mission, which was first adopted in 2008 and then reauthorized in June 2012 by the Council (to be effective until June 30, 2014), visit http://www.losalamosnm.us/news/Documents/WR%20Reauth%20and%20renwal%202012.pdf