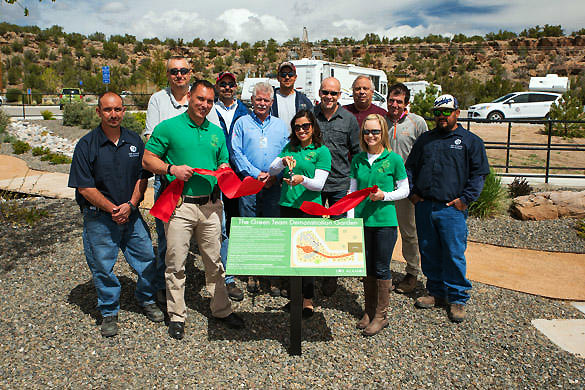 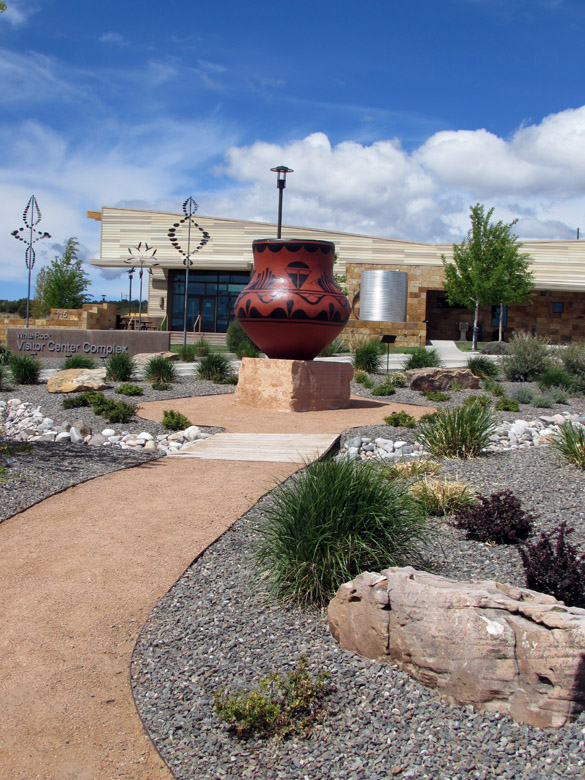 Last summer, the Los Alamos County Green Team was commissioned to create a waterwise demonstration garden in White Rock and Wednesday morning they unveiled the final product to the community.

The garden, which is in between the Bandelier Shuttle and the White Rock Visitor Center, showcases one of the San Ildefonso pottery replicas as well as a variety of native and drought resistant plants.

“We’re really proud of this garden,” Environmental Services Division Manager Angelica Gurule told the crowd at the ribbon cutting. “We wanted to highlight the pottery that was here.”

She explained that the Green Team hand planted all the rocks and joked they had been weeding the garden since the fall.

Wednesday was a good day to host the ribbon cutting since it came on the heels of Earth Day, Gurule said. She explained that the garden was created “for visitors and the community to enjoy.” However, it also is an example of what people can plant in their own gardens. Gurule said hopefully people will check out the signs posted in the demonstration garden that identify the different plants and will put them in their own yards.

This was a County-wide effort to help beautify White Rock and educate residents on ways to lower water usage in their yards.

The Green Team consists of 10 employees from multiple County departments. They focus on utilizing environmentally-friendly practices whether it is recycling or purchasing more “environmentally preferable” products, Gurule said.