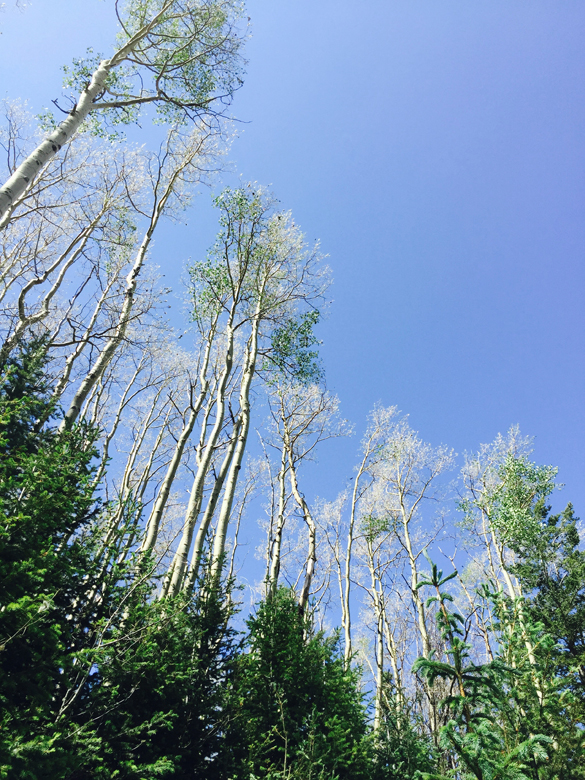 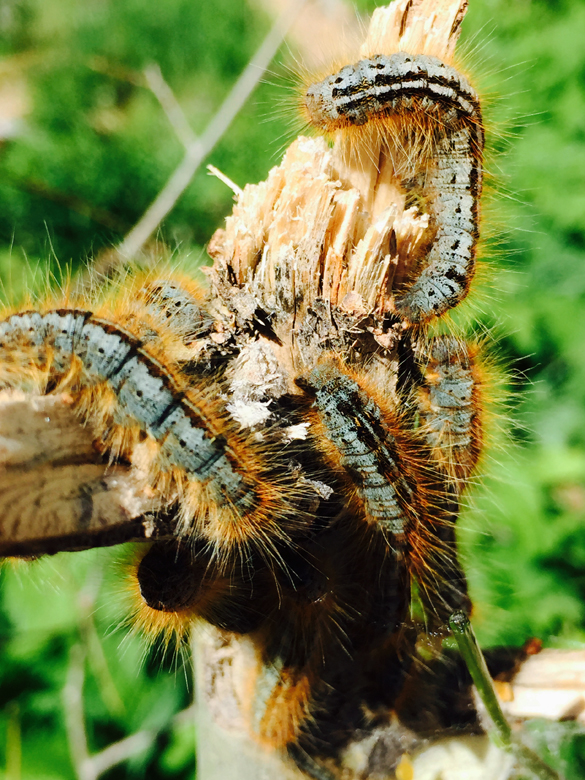 Although the aspens may appear to be dying, the bare branches can be blamed on hungry western tent caterpillars that are stuffing themselves on one of their favorite foods. The tent caterpillar is a native defoliator whose larvae feed on a variety of hardwood trees species, but in New Mexico, they prefer aspen.

The caterpillar gets its name from the conspicuous “tent” it builds on branches and twigs. The silken shelter protects the larvae during molting. As they mature, the larvae disperse and continue feeding on leaves until it’s time to retreat into cocoons for their transformation into moths. The process takes a couple months after which the adults mate and the female moths lay the eggs that become next year’s caterpillars.

In most cases, the affected aspens will refoliate, putting out new shoots over the summer that will turn a drabber shade of yellow – more bronze than gold – in the fall. In old trees or trees stressed by disease, the caterpillar can hasten mortality, but most survive this annual harbinger of summer in the southwestern United States.

Western tent caterpillars were a prominent cause of damage to approximately 8,000 acres of aspen on the Santa Fe National Forest in 2014. Next week, the Forest Service will start its annual aerial detection survey to map the extent of insect damage, including the defoliation caused by the tent caterpillar, on New Mexico’s forested lands. One change from 2014 is that some of the affected stands are in busy areas popular with the recreating public, like Aspen Vista and Big Tesuque, and consequently are much more visible.

Forest Entomologist Dr. Andrew Graves (USDA Forest Service, Forest Health Protection, New Mexico) made a recent visit to the Big Tesuque Campground along Highway 475. The caterpillars were everywhere – on the trees, on the ground, even on Graves. But he was sanguine as he described the effects of the western tent caterpillar.

“Although the defoliation can at first glance appear quite dramatic and devastating, most of the trees will recover quickly and likely refoliate before late summer visitors arrive to enjoy the forest,” Graves said.