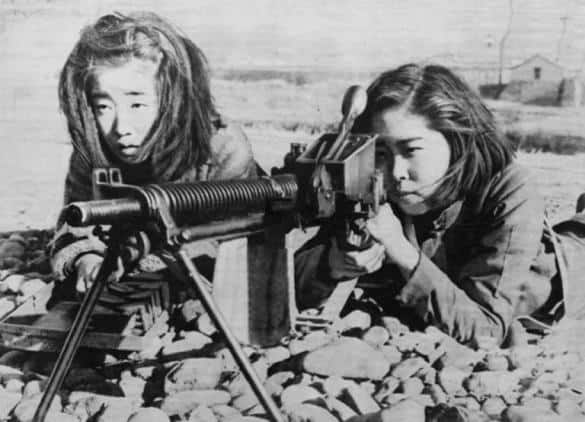 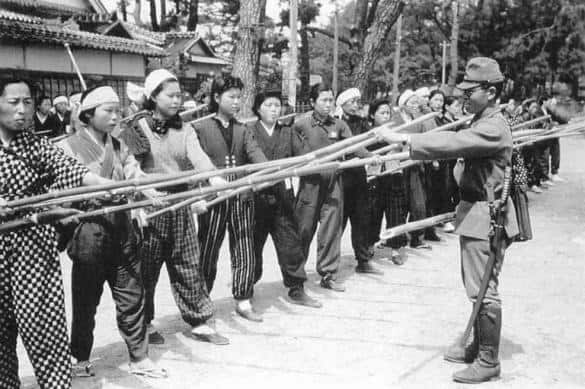 Courtesy photo
By JOHN C. HOPKINS
and CLAY DILLINGHAM
Los Alamos
On June 6, 1944, Allied forces stormed Europe at Normandy in the D-Day landing. This successful operation hastened the collapse of Nazi Germany, and we rightly commemorate this day and celebrate the enormous contribution of our armed forces.
But another date, November 1, 1945, should also be remembered for what did not take place as originally planned and for the lives that were not lost. This was the date the United States had chosen for the invasion of the Japanese Home Islands. The Japanese Supreme War Council’s decision to end the war, following the use of nuclear weapons on August 6 and 9, 1945, averted the enormous bloodbath that would have resulted.
Both the Japanese Emperor and the Prime Minister attributed their decision to surrender to the consequences of the nuclear strikes. Until that time, they were determined to continue the hostilities. The continuation of the war would have resulted in a devastating loss of life not only for the Allies and Japanese troops, but also for Japanese civilians. While the overall Japanese deaths attributed to the atomic bombs were between 129,000 and 226,000, the continuation of the war could have resulted in far, far greater numbers of Japanese deaths. The U.S. government estimated that invading the Japanese Home Islands would cost 5 to 10 million Japanese lives.
In addition, Japan was faced with a major famine during the winter of 1945/1946 and beyond. This was only barely averted by the United States providing humanitarian shipments of more than 800,000 tons of food to Japan during the early post-War period.
Had the war continued, the U.S. landing planned for November 1 was to be substantially larger than the Normandy landing in Europe. Over 156,000 Allied troops landed on D-Day. Over 10,000 became casualties, of which 4,400 were killed. They faced 50,000 German troops. The November 1 invasion would have a “force to be landed” of about 766,000.
Unlike D-Day, which was a total surprise to the German defenders, it turned out that the Japanese had accurately deduced both the landing date (late October) and the proposed landing beaches on the island of Kyushu. Only after their surrender did the United States discover the magnitude of the Japanese preparations to confront the invasion; in June 1945, U.S. intelligence had estimated 350,000 Japanese troops would defend the island, however, the U.S. military demobilized some 784,000 armed forces on Kyushu after the war. In addition, there were some 575,000 Kyushu home-defense forces. The Japanese had more defenders in place than the number of troops the Allies had planned to use for the initial assault landing.
But the Japanese troops and other defense forces were not all the U.S. invasion faced. On April 20, 1945, the Japanese Imperial Army issued The Degree of the Homeland Decisive Battle, whereby “every soldier should fight to the last…and our people should fight to the last person…” Every Japanese soldier and civilian—man, woman, and child—were expected to die fighting.
The Japanese troops were well dug-in with extensive defenses, and they possessed over 10,000 planes being prepared to make devastating Kamikaze attacks on the landing ships before the ships could discharge their troops.
One U.S. government estimate, based upon the fierce Japanese resistance encountered in the island fighting so far, predicted the war would last another year and a half, and another had the ultimate cost of the invasion as 1.7 to 4 million Allied casualties, of which 400,000 to 800,000 were expected to be fatalities. [Between December 1941 and August 1945, the war in Europe and the Pacific had already resulted in 407,000 U.S. deaths.] These enormous casualties were spared by the Japanese decision to end the war when they did.
Aug. 15, following the Aug. 6 bombing of Hiroshima and the Aug. 9 bombing of Nagasaki, Japanese Emperor Hirohito announced Japan’s surrender via a radio broadcast. He said,
“Despite the best that has been done by everyone—the gallant fighting of military and naval forces, the diligence and assiduity of Our Servants of the State and the devoted service of Our 100,000,000 people, the war situation has developed not necessarily to Japan’s advantage, while the general trends of the world have all turned against her interest. Moreover, the enemy has begun to employ a new and most cruel bomb, the power of which to do damage is indeed incalculable, taking the toll of many innocent lives.”
His broadcast was followed by an announcement saying that the use of the atomic bomb was, indeed, the primary reason for Japan’s surrender.
President Harry Truman and his military and civilian advisors carefully considered the costs and benefits of using atomic bombs against Japan. Clearly, the Japanese losses from the atomic bomb strikes were tragic. But their use is what finally shocked the Japanese Supreme War Council into surrender and ending World War II. Dropping the atomic bombs clearly prevented the far greater loss of human life, pain, and suffering the pending November 1 invasion would have wrought.
LOS ALAMOS