ON THE MESA FACING NORTH
Column by Greg Kendall 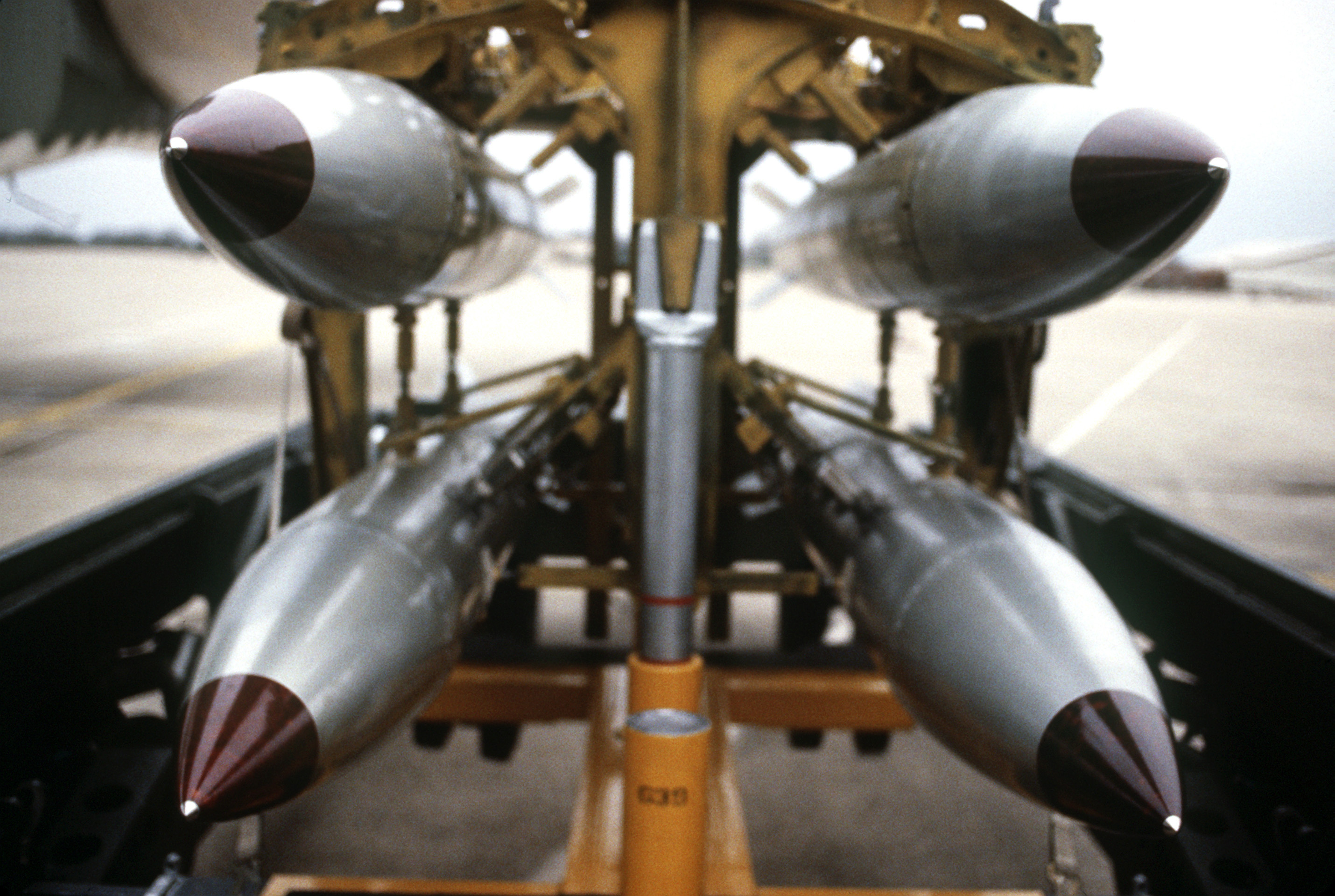 A frontal view of four B-61 nuclear free-fall bombs on a bomb cart. Courtesy/DoD

“… parts of Los Alamos are in serious disrepair. Inside one critical building, pipes carrying dangerous wastewater are duct-taped together at the joints to plug leaks; plastic bags have been wrapped around the tape to trap seepage.

The building, called Wing 5, is part of the 50-year-old Chemistry and Metallurgy Research plant, which performs research on plutonium cores, the explosive “pits” for nuclear weapons.

Sometimes liquid accidentally splashes under the ill-fitting doors and spills into the hallway, Bret Knapp, who heads the lab’s weapons program, said during a rare visit by an outsider.

When a spill occurs, the building must be evacuated until inspectors can make sure that the liquid is not radioactive.”

Priest goes on to write about the five-year delay in constructing the CMRR building, saying:

“That new reality means some of the plutonium will be shipped to other facilities. Every couple of days, a UPS truck will deliver a dime-size slice of plutonium to Lawrence Livermore National Laboratory, 45 miles east of San Francisco. Larger quantities of plutonium will be carried by secure vans to the Nevada National Security Site northwest of Las Vegas. Plutonium remaining at Los Alamos will be hand-delivered via an underground tunnel from one building to another.

The tunnel is being upgraded, and renovations are underway at Livermore and the Nevada site to handle the plutonium. Officials estimate the changes in the three locations will cost an additional $650 million over the next five years.”

Priest’s report also provides an excellent review of many other stories that have been published in recent weeks involving trouble for the NNSA and it’s budgeting processes, given the vast neglect successive presidental administrations have shown to the U.S. nuclear weapons complex. This is a rich resource of information and a must read for anyone interested in keeping up with the future of LANL.

The entire report is available online from the Washington Post by clicking the links below:

See a photo of the duck tape and plastic bags used at LANL, in a story by the Santa Fe New Mexican, by clicking HERE.