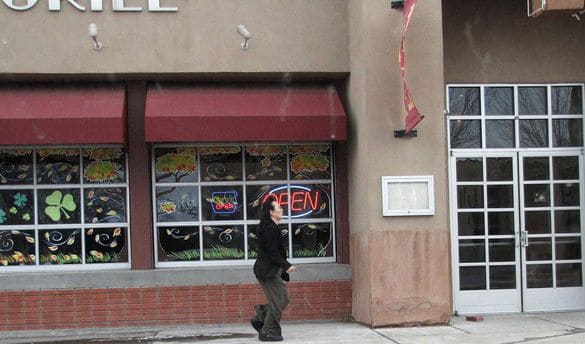 An alcohol compliance sweep by agents from the Special Investigations Division (SID) of the Department of Public Safety resulted in two local violations.

Servers at Central Avenue Grill in downtown Los Alamos and Phillips 66 in White Rock sold to underage operatives on the evening of Jan. 4.

“Katrina Butler at Central Avenue Grill and Casey Christiansen at Phillips 66 were cited for selling alcohol to minors. They will receive felony referrals to the District Attorney’s Office, which decides whether to pursue charges against them,” said Lt. Chris Ortiz of SID’s Albuquerque office.

Any violation of the Liquor Control Act may result in fines to the violating establishment of up to $10,000, suspension or revocation of its license or both.

Central Avenue Grill has had a previous violation involving serving alcohol to minors.

“The restaurant was forbidden to serve alcohol for a 24-hour period on March 7,” Ortiz said. “They could remain open for business and serve food but their license to serve alcohol was suspended for 24 hours.”

No one was available to comment on the violations from either establishment.

The Alcohol and Gaming Division has established a uniform fine schedule, but penalties may be enhanced on a case by case basis, according to its website.

Any combination of three offenses involving sales to minors and/or sales to intoxicated persons occurring within a 12 month period shall result in a fine of $10,000 and revocation of the liquor license.

The Special Investigations Division (SID) is a division of the Department of Public Safety. SID Officers have statewide law enforcement jurisdiction and enforce both administrative regulations and criminal codes.

The SID is the designated lead agency for the enforcement of New Mexico’s Liquor Control Act and a major contributor in the state’s effort to reduce DWI.

The division performs a wide range of enforcement and regulatory activities statewide: