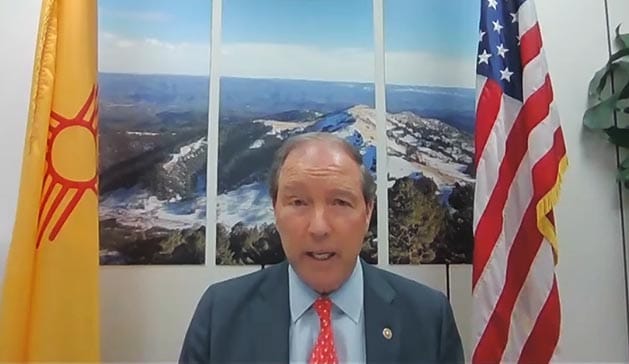 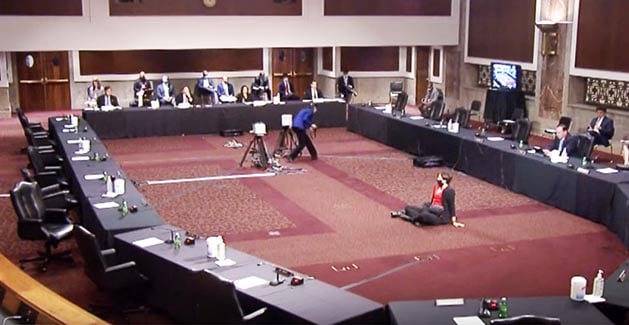 Udall urged the Senate Commerce Committee to oppose her nomination to serve as one of the nation’s top consumer protection watchdogs.

Udall was the lead author of major bipartisan reform to the Toxic Substances Control Act that passed Congress in 2016. The Frank R. Lautenberg Chemical Safety for the 21st Century Act implemented requirements to review new and existing chemicals on the market to protect American children, workers and families from the health effects of toxic substances.

Udall also has led efforts in the Senate to clean up groundwater contaminated by the toxic chemicals known as “PFAS” in communities in New Mexico and across the country.

While currently detailed to the White House, Dr. Nancy Beck has headed the Environmental Protection Agency’s office of chemical safety, a position she came to after serving as the senior director of regulatory science policy at the American Chemistry Council, the chief a lobbying group for the chemical industry. Dr. Beck has a long track record of promoting chemical industry positions over science-based standards that protect human health, including overseeing the regulatory effort to weaken an Obama-era rule to protect American families from the harmful effects of PFAS contamination in groundwater.

“Dr. Beck, I think members of this committee should oppose your nomination,” Udall began. “You have taken actions that demonstrate a real disregard for public health and safety. And we’re talking about a position that is supposed to be one our nation’s preeminent consumer watchdogs.

“I think if they hear from people like Wendy Hartley, they will have great trouble putting their trust in you,” Udall continued, turning to Beck’s actions to delay a lifesaving chemical safety regulation. “Wendy’s son, Kevin, lost his life using a dangerous chemical in paint strippers – methylene chloride – while you stalled the effort to remove this chemical from store shelves. Drew Wynne lost his life as well, and many others that we know of. As you know, I was the lead author of the chemical safety reform effort in the Senate. We worked very hard to move forward with a more protective law.

“According to the New York Times, you questioned the proposed ban on methylene chloride, suggesting that only a small number of users are harmed by it,” Udall continued. “‘Is it one percent,’ you reportedly asked an EPA colleague. Is that report true or false? And is one percent an acceptable rate of injury, when those injuries include a risk of death?”

“My heart goes out to the Hartley family and the Wynne family. The acute fatalities were tragic that we saw with methylene chloride,” Beck replied. “This is why we put a ban in place so that methylene chloride can no longer be manufactured, processed, distributed to retailers or by retailers to consumers. It is effectively removed from the big box stores and from the local hardware stores, and I’m confident that we’ve effectively blocked any further acute fatalities.”

“You aren’t answering my question,” Udall said. “I asked you specifically—is the report true, and is this one percent figure an acceptable rate of injury? What is the answer to those two questions?”

“Before answering a specific question like that I’d like to see the report you’re referring to,” Beck said. “But I don’t believe that we can put a number or percentage on the value of a life.”

“This was an esteemed EPA deputy administrator—a longtime career employee that says that you made that quote, and I think that Wendy Hartley and Brian Wynne would strongly object that their loved ones are just a minor statistic,” Udall responded.

Udall further disagreed with Dr. Beck’s characterization that the EPA put a suitable ban on methylene chloride. “It is unacceptable that it took two years and a lawsuit for you to finalize this regulation. And you still managed to put out a less protective rule, which allows the use of methylene chloride in paint strippers for commercial use by workers. This is despite the EPA’s own conclusions that workers are at much greater risk from exposure than consumers.

“Had you and EPA not delayed banning methylene chloride, Kevin would be alive today. Drew would be alive today. Others would be alive today,” Udall continued. “For a scientist charged with protecting public health, we should expect better…. Your entire career has been less like a toxicologist conducting rigorous, unbiased science, and more like a defense attorney zealously defending guilty chemical clients.

“Mr. Chairman, in my work to reform chemical safety, I spent years working hard to reform a badly broken law,” Udall said. “But with Nancy Beck at the EPA, we’ve seen chemical safety reform fail us time and time again…. In these four years, the only ones who have been protected by her leadership have been the chemical companies – not workers exposed to dangerous toxins at work, and not the public who purchases dangerous products at the store.

“That’s why I am so concerned to see her nomination to chair the very organization charged with protecting consumers,” Udall concluded. “The American consumer is entitled to leadership at the Consumer Product Safety Commission that will protect their health, safety, and lives. This nominee fails this test, and I urge this committee to oppose this nomination.”

Udall also entered into the record a list of dangerous measures that Nancy Beck has taken during her tenure at the EPA, along with a letter from over 100 national and state organizations that have joined to oppose this nomination and a statement from Brian Wynne, Chairman of the Drew Wynne Foundation. Brian’s younger brother, Drew Wynne, died from exposure to methylene chloride in 2017.