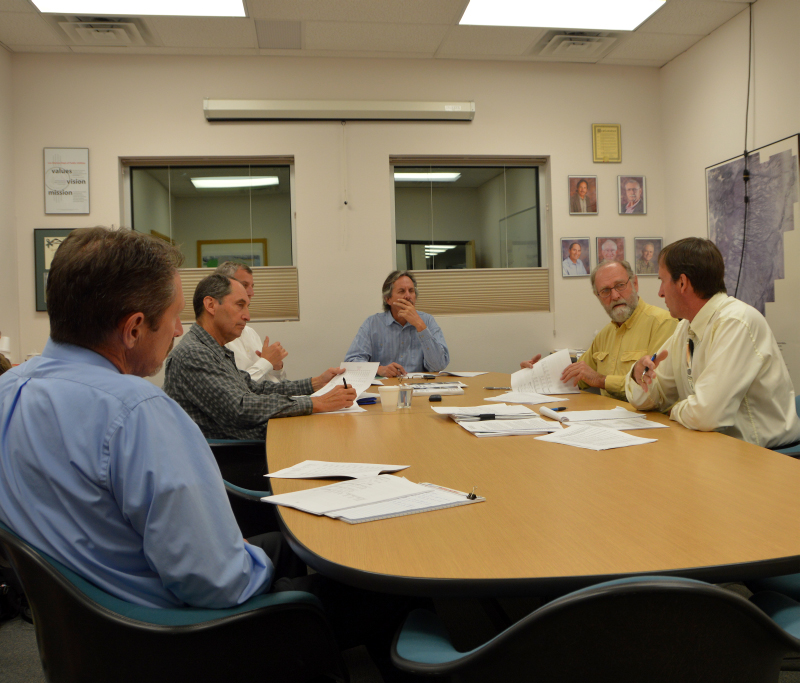 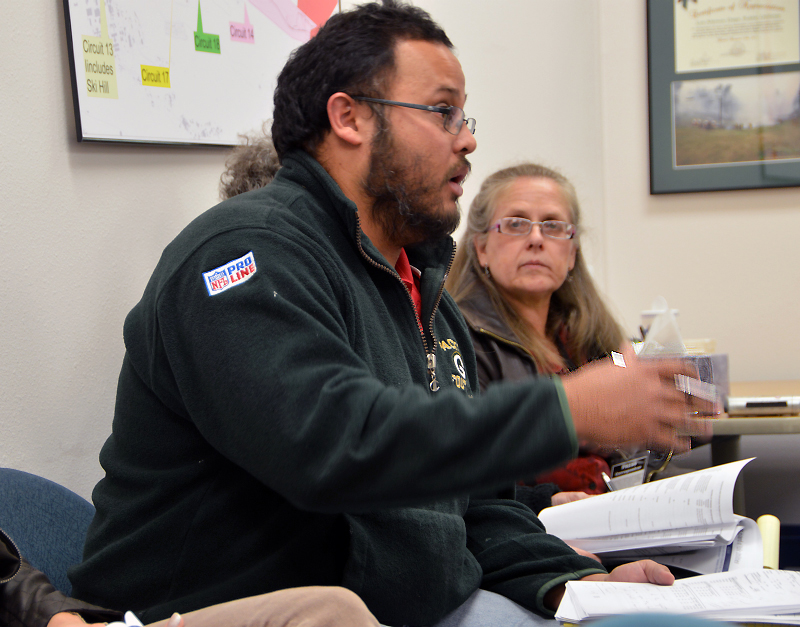 Local businessman Tadeusz Raven spoke during the public comment portion of Wednesday’s meeting urging Utilities Board members to spare the schools, nonprofits and small businesses on fixed incomes that will incur greater financial impact from the proposed rate increase than residential customers. He explained that his company can bring in more business to cover a higher sewer bill but many local organizations cannot. Local reporter Arin McKenna listens at right. Photo by Carol A. Clark/ladailypost.com

The DPU officials explained that the old system is badly in need of repairs and maintenance and recommended to the Utilities Board Wednesday night that they approve a rate increase to cover the work that needs to be done to bring the system up to modern standards.

The board unanimously approved the proposed sewer ordinance, which now moves on to the Los Alamos County Council to be considered for adoption in January.

The proposed ordinance increases overall sewer rates but also simplifies residential customers’ bills to a restructured flat fee every month. It removes the variable rate that is based on the amount of potable water consumed during winter months. The ordinance also includes continuing annual rate increases of eight percent for the next four years beginning in June 2013 to meet the critical future capital expenses of the sewer collection and wastewater treatment systems.

DPU Utility Manager John Arrowsmith presented multiple financial strategies to tackle the increasing expenses. The scenarios ranged from a single, immediate 52 percent rate increase to a 10 percent rate increase with subsequent increases of 8 and 5 percent over several years along with a provision for the County’s General Fund to pay off the existing Los Alamos Wastewater Treatment facility.

Board members and councilors requested that the DPU investigate smaller incremental rate increases spread out over a number of years to lessen the immediate financial impact to customers.

After examining various alternatives during the last four months, Arrowsmith and Deputy Utilities Manager Robert Westervelt arrived at another solution – an inter fund loan and a rate restructure, which would reduce future rate increases to eight percent each year until 2016.

“Los Alamos is fortunate in that our electric, gas, and water rates are much lower than other communities,” Arrowsmith stated recently. “However, because of Los Alamos’ extremely varied topography the infrastructure required to provide sewer services to this small community is more expensive. For instance, most communities with less than 20,000 citizens do not need to maintain and operate two wastewater treatment facilities, but this is a necessity for our gravity-fed collection system. Restructuring the sewer rate to a flat fee for our residential customers, more fairly allocates the costs across the board.”

The proposed flat rate starts at $25.31 per month plus a $7 customer charge, for a total charge of $32.31 initially for individually metered residential customers.

Both charges would increase by 8 percent each year following (in July) until 2016. Homeowners that consume a winter average of 4,000 gallons of potable water per month would see a slight decrease in their sewer bill for the first year.

Residential customers not individually metered (such as some apartment complexes) would pay a flat fee of $21.09 per dwelling, plus the $7 customer charge under the proposed ordinance.

Currently, apartment complexes pay anywhere from $17 to $24 per dwelling, depending on the winter average of potable water consumed. Most of these customers will see an increase of 15 to 20 percent but a few will actually see a decrease at the outset of the rate’s implementation.

Commercial customers will continue to be charged a variable rate, but under the proposed ordinance these customers will pay the $7 customer fee in lieu of the previous fixed rate.

The commercial variable rate will increase from $5.89 to $11.91 and will be based on the winter average of potable water consumed with a minimum 2,000 gallons or other measuring period as determined appropriate by the DPU based on seasonal or other non-traditional water use patterns.

For example a commercial customer with a winter average consumption of 100,000 gallons of potable water would see its sewer bill go from $744.88 to $1,198.00 under the new rate.

Commercial customers’ rates will also rise by 8 percent a year through 2016.

The DPU operates the county-owned electric, gas, water and wastewater systems under the jurisdiction of the Board of Public Utilities.

The DPU is funded by rates paid for electric, gas, water and wastewater services and auxiliary fees, and has provided the community with these services for more than 40 years.

The Board meets the third Wednesday of each month at 5:30 p.m. at 170 Central Park Square. The meetings are open to the public. 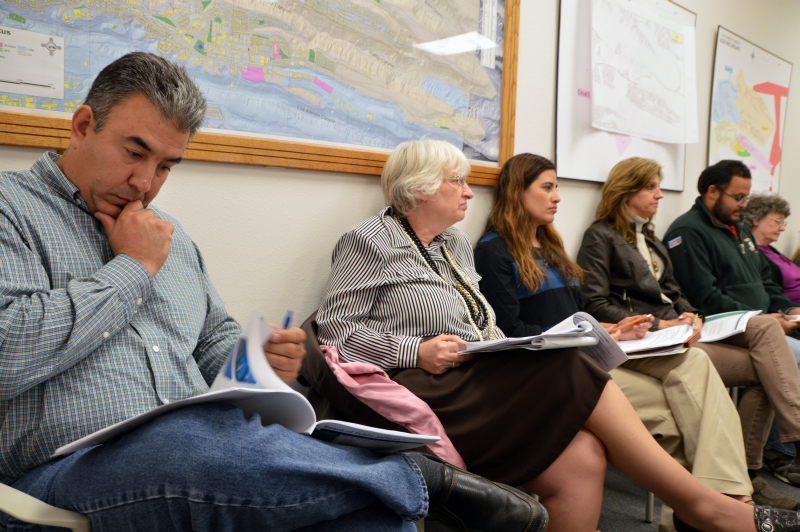