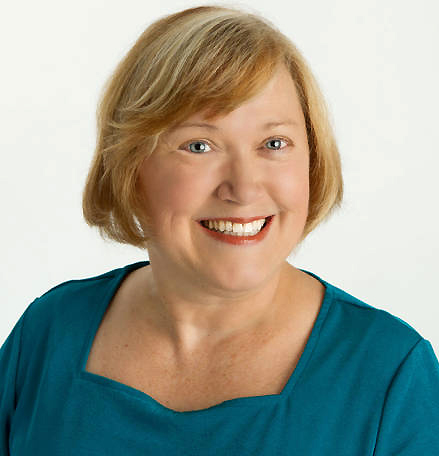 Mild-mannered Jean is calmly eating a bowl of lobster bisque in a café when she’s disturbed by an annoying cell phone at the next table.

She asks the man to turn it off several times before discovering he can’t — because he’s dead.

Jean starts answering the dead man’s cell phone and is plunged into a black comedy in which she meets Gordon’s larger than life circle of friends and family, including  his wife — and his girlfriend.

As Jean is dragged into Gordon’s world, she makes some surprising discoveries, including some about herself.

“The basic premise of the play is how communication by cell phone affects our ability to connect with each other,” Director Gwen Lewis said.

The play also explores the mysteries of life, death and the varieties of love, from compassion to romance.

Lewis chose the play after seeing a production at the Santa Fe Playhouse.

“I made some changes to reflect my own brand of humor,” she said. “I like directing offbeat comedies. They’re my cup of tea.” 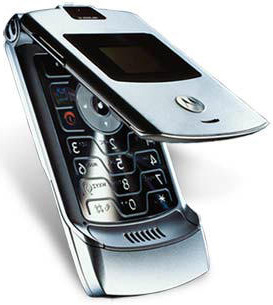 Lewis is a relatively new director. She also directed “Sylvia” for LALT. Lewis, along with Martin MacRoberts, also designed the sets.

“By using triangles, I can do the quick scene changes the play requires,” Lewis said.

Other challenges included choreographing a love scene that takes place in a closet and figuring out a fight scene between two women characters.

“Jean is sort of the glue that holds the show together,” Ramsey said. “She interacts with some really wild and outrageous characters — and usually it takes everything I have to keep a straight face and not burst out laughing with some of the things that come out of their mouths.”

Some challenges of the role were unexpected, she said.

“I didn’t realize when I took the part that it would be such a physically demanding show,” Ramsey said. “So, just to give you a glimpse, I’m crawling on my hands, being dragged and get into a girl fight (my first I must say.) Good thing I’ve been doing my Zumba to keep up.”

Ramsey grew up in Chicago and participated in theatre as a student. She also took classes at Lookingglass Theatre and the Chicago Center for the Performing Arts.

After taking a break from acting during graduate school, Ramsey said she was delighted to find LALT.

“It took me a year to work up the guts to audition for a role. My first role was in “Seussical” and I’ve been in a few shows in Los Alamos since then. I also love musical theatre and I sing regularly in the Los Alamos Choral Society,” Ramsey said.

Tickets are available at CB FOX and at the door.