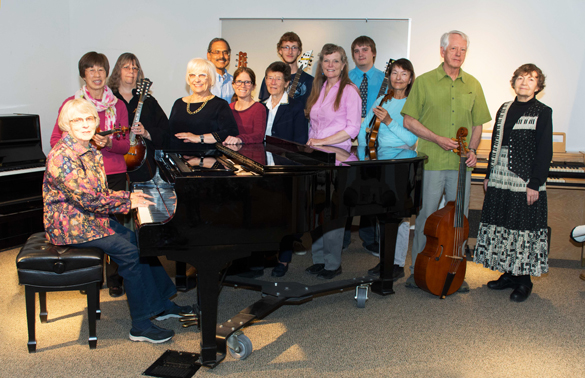 The University of New Mexico-Los Alamos (UNM-LA) class in Music Theory for the Non-major invites the public to attend a College Concert as part of its final project for the semester. The concert is noon to 1 p.m. Tuesday, April 21 in room 230 on the UNM-LA campus. There is no admission charge.

Juanita Madland, Music Theory instructor for UNM-LA, says the 17 students performing will play two compositions as a group, and then perform solos and in smaller groups performing compositions from their quarter exam.”

The concert program will be as follows: