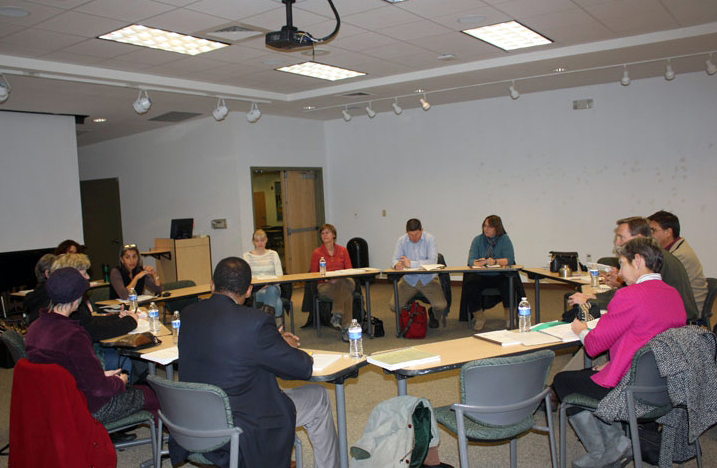 UNM-Los Alamos faces a budget shortfall of $290,000 for fiscal year 2012-2013, reported UNM-LA Campus Resources Director Lisa Wismer at the Jan. 14 meeting of the UNM-LA Advisory Board.

The campus will attempt to institute an 8 percent budget cut, although, “I don’t think we can pull back 8 percent,” Wismer said.

Wismer pointed to three cost areas that had major negative impacts on the budget:

On the revenue side, enrollment has been less than expected, Wismer said, adding that this year’s budget was based on enrollment levels in 2011, as enrollments were expected to exceed 2012 levels, however this increase has not occurred.

“It’s important that we continue making investments in the college’s future, and that costs money,” Advisory Board Chair Stephen Boerigter said. “Even if these investments require dipping into the campus’ reserve funds, it may be necessary.”

Advisory Board member Ron Dolin advised caution. “You try not to spend your reserves, that’s only prudent,” Dolin said.

“Sometimes you have to take risks and be a cowboy if you want to achieve your goals,” countered Boerigter.

In departmental reports, Student Advisor Jeff Dietz unveiled the design for a new UNM-LA website being developed through a contract with UNM Albuquerque. Dietz headed the committee that spearheaded the creation of the new site. The site should be online in February, Dietz said.

Dean of Instruction Kate Massengale said a new associate’s degree in Emergency Medical Services will be rolled out in Fall 2013. The new degree will be offered in conjunction with a paramedic bachelor’s degree to be offered at UNM-LA in cooperation with UNM Albuquerque.

The focus of a Campus Retreat scheduled for later this month will be on “visioning,” said UNM-LA Executive Director Cedric Page. The retreat will help UNM-LA staff fine-tune the UNM-LA Strategic Plan adopted in 2012, Page said.