Udall: U.S. Must Keep up Pressure on Russia to Follow Through with Commitment to Secure Syria’s Chemical Weapons 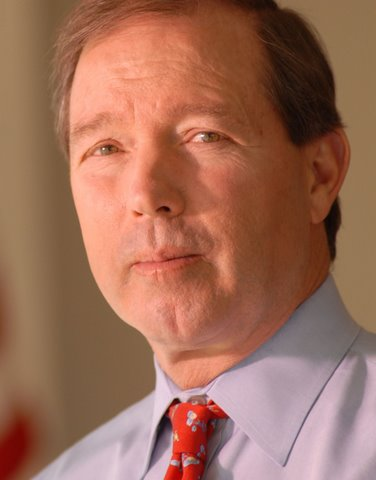 WASHINGTON, D.C. – U.S. Sen. Tom Udall, D-N.M., a member of the Senate Foreign Relations Committee, repeated his call Tuesday for the United States to use diplomatic, economic and political pressure to ensure Russia and Syria keep their commitment to surrender Syria’s chemical weapons to the international community for destruction.

He issued the following statement after President Obama’s speech:

“The single greatest reason Bashar al-Assad has been able to remain in power is that he is receiving support from outside governments, including Russia. I have consistently said that the only viable solution is to bring international pressure on Russia and other governments aiding Assad to force them to do the right thing. While we must take a ‘trust-but-verify’ approach, the developments of the last two days are evidence that an international diplomatic solution is still possible – and military strikes are not the only option. I am pleased to see that the president and some of my colleagues who have argued for imminent military strikes are now calling for time to pursue diplomatic options.

“I hope the Russians are serious in their proposal – we have good reason for skepticism. As the Senate considers resolutions to resolve the crisis in Syria, we must keep up the diplomatic pressure to ensure Russia follows through on its commitment. Resolutions that would escalate the situation toward military action are reckless and risk dismantling the delicate international agreement. The American people have spoken clearly that they want this problem to be solved without the United States involving itself further in another Middle Eastern civil war. We should listen.”

Last week, Udall voted in the Foreign Relations Committee against the proposal to authorize the use of military force in Syria.

Tuesday, Udall discussed his position in a media conference call with N.M. reporters and later in a speech on the Senate floor.

The following are Udall’s remarks as delivered:

Mr. President, I rise today to speak about the very serious vote before us – the vote to authorize force against Syria. But, let’s be clear. This is a vote to authorize an act of war.  The American people are watching. They know what this is: a dilemma with no easy answers. They know it could spiral out of control. It has happened before, and it could happen again.

The use of chemical weapons is an outrage. What happened in Syria was despicable. The horror is clear – the world cannot look away. This crime is a crime against humanity. It demands an international response – strong and unequivocal. On this we can all agree.

However, what should that response be? The president has presented a plan for military strikes on the Syrian regime – an attack that has been presented to the American people as limited in scope, but one with great consequences.

So, we are confronted with urgent appeals to strike. But I believe there are strong reasons not to do so.

First, we should pursue all diplomatic and economic options to pressure both Assad and his backers to change course. We have not yet done that to the fullest extent.

We all know that the Russian government is aiding and abetting the criminal regime in Syria, supplying military support, providing diplomatic cover, preventing an international response to this atrocity. The world is rightly outraged. That outrage should be loud and clear, and the full force of international condemnation must be exerted – not just against Assad.

As of this week, there are signs that Russia may be getting the message. If their proposal to help secure Syria’s chemical weapons is sincere, then we should welcome this opportunity. We should work with the international community to make this a reality. The inability to use chemical weapons in this conflict will restore the international norm we seek to uphold and prevent a recurrence of the horrors we have seen.

If Russia aims to be a responsible world power, and not a rogue nation, they will seek solutions, not obstruction. They are a signatory to the Chemical Weapons Convention. Let’s hold their feet to the fire to do what is right. The president’s mandate is stronger with congressional approval, and the mandate of the United States is stronger with international support. I would urge Ambassador Power and Secretary Kerry to keep up the pressure on Russia, make the forceful case to the Security Council, continue to share the evidence with the people of the world.

This situation will not be solved with tomahawk cruise missiles fired into Syria. It will require a concerted international effort to push Assad and the various rebels to pursue a political solution. But for us to go it alone, to take unilateral action, that will put us on shaky ground legally and strategically.

Second, the proposal to use military force could embroil the United States in a complex Middle Eastern civil war. There is a cancer in Syria from Assad to al-Qaeda. The civil war is a twilight zone comprised of multiple players internationally, regionally and within Syria. Many of the rebels do not share our values. Some—we don’t know how many—are enemies of the United States and our allies. Many of these rebel groups have also committed terrible atrocities. Tilting the balance too far in their favor is not in our nation’s interest and will not leave Syria safer for innocent civilians.

These strikes have been presented as limited and targeted, but last week there were reports about expanding military targets, of regime change. Even the resolution we are considering today includes veiled language, language that could make it the policy of the United States to tilt the momentum in the civil war and endorse the policy of arming the Syrian rebels – a policy that I and others believe is very dangerous—arming rebels whom we know too little about.

Third, there is a real risk that even limited U.S. military involvement may make Assad feel more desperate. Putting our allies Israel, Turkey and Jordan at risk of attack. This could spark a regional war, creating a situation on the ground where Assad may be more, not less, inclined to use chemical weapons. And, as with so many elements here, the question occurs: what then?

Here’s the reality. There is no simple solution, and the American people know this. I understand that there is a natural instinct to want to retaliate, to strike out. No one can forget the horrific images, the terrible suffering of the victims. But we need a clear strategy, one that will not mire the United States in a bloody and uncertain civil war. I remain unconvinced that we have such a strategy in place.

The Iraq war, which I voted against, began as an international effort to kick Saddam Hussein out of Kuwait. There followed years of a no-fly zone and airstrikes to prevent Saddam from threatening his neighbors or reconstituting his arsenal of chemical weapons. As we all know, these limited military actions led to one of the biggest blunders in U.S. history.

Americans are understandably skeptical after the fiasco of Iraq. They want to know if we are going down the same path in Syria and into a civil war that is far more complex and potentially damaging to the U.S. and its interests. Limited attack – or broader. There is no easy way out of quicksand. Have we not learned at least that after 12 years of war?

I have listened to the administration’s arguments closely, as well as the opinions of New Mexicans.

The American people do not believe a limited strike will deter Assad. They fear that thihttp://tomudall.senate.gov/?p=newsletter&type=nlQuicks strike will just lead us further toward direct involvement. They rightly ask: for what purpose? And to what end?

Public officials should NOT always let polls be their guide before making important decisions for our country. But I agree with the majority of Americans and New Mexicans. We must exhaust our political, diplomatic, and economic options first.

This is not a lack of resolve. America has the greatest military on earth. No one should doubt that we will defend our interests and our allies. But a military strike in Syria is the wrong response in the wrong place at the wrong time.

I come to the floor not to push my colleagues one way or another. Each of us must make up his or her own mind. I come here simply to explain my reasons for voting no on this authorization for use of military force in Syria.

Also, in an op-ed published in USA TODAY, Udall reaffirmed his opposition to military strikes in Syria and explained his vote against the authorization for use of force during the committee’s consideration of the measure last week. Here are some highlights. Read Udall’s full op-ed here.
Menu
LOS ALAMOS